[OOC] Tear the World Down Page 2

Maybe we could set up an EVIL support group or something.
Hidden 5 yrs ago Post by MegaOscarPwn
Raw — 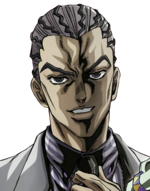 "Oh, you spent 17 years building up a life as a respected mercenary Captain? Too bad, we gotta leg it now, boy."
Hidden 5 yrs ago Post by Isotope
Raw —

It's not as... Colorful, but hey.
Hidden 5 yrs ago Post by Drunken Conquistador
Raw —

TASTE THE RAINBOW!
Hidden 5 yrs ago → 5 yrs ago Post by Isotope
Raw —

1302 posts
in 2807 days
Seen 3 mos ago
Bio
Wowzers... these posts are pretty long huh? Well, I'll do my best here then! Something up tonight or tomorrow, hopefully.
Hidden 5 yrs ago → 5 yrs ago Post by Sierra
Raw —
GM

639 posts
in 2008 days
Seen 5 mos ago
Bio
@BurningCold I'm again gonna go with yes. I'm trying to answer your questions with as little information as possible for plot reasons. :P

EDIT: With the small novel that is your CS backstory ... forgive me if I find the idea of you struggling for content to be a little hilarious. :P

@MegaOscarPwn I actually think I have to say no on Ragnar in this current draft. There's two big reasons for that. One is that I read the sheet and I'm concerned he has no good progression arc. Unlike most of the sheets so far, Ragnar's arc isn't obvious. I don't see a path through which he grows as a character, which makes him rather flat against the rest of the cast. You don't need to tell me what it is, but that's something that I'm concerned about and I need to know you've thought through that before I approve anything.

The second is that I'm not convinced the gimmick of being a half-breed is really utilized properly. I'm only going to approve one of those characters and any prospective half-breed will be held to a higher standard than I would other CSs (for that reason). I feel like you've made some efforts for him to shrug off the constant barrage of scorn and make some interaction with society at large possible with "Body Reading". I think those mitigating factors really negate the power of the half-breed role as a plot device (which I think is the best way to think about it: a plot device rather than an attribute).

If you were just going for a really jacked guy with a tragic backstory (cliche admittedly, but they're a dime a dozen here so its sort of a prerequisite) then I don't think you need to use the half-breed plot device for that. I would accept that as a pureblood human (maybe a half-northman for extra stockiness) without any of the resignations I currently have.

Also please pay attention to which tab you're posting in. We don't need miscellaneous chatter in the characters tab. Thanks.

@Isotope Duly noted, I'll look at it as soon as I can. I still haven't read half the IC yet. :P

And everyone, Jeezus slow down! There is one of me and about ten of you and I'm only human. I have gotten virtually nothing else done today with the marathon of questions and CSs coming in that I was expecting to be dealing with over the course of days in an int check thread, not hours on Day Zero. (You guys are awesome)
2x Laugh

639 posts
in 2008 days
Seen 5 mos ago
Bio
@Whoami Yours and yours only so far ... and it's getting late at night so I might not get through Conquistador's post (which means I'll be even more behind in the morning no doubt).
Hidden 5 yrs ago Post by Isotope
Raw —

1042 posts
in 3228 days
Seen 2 mos ago
Bio
Edited my post a little bit towards the end if anyone is interested in that sort of thing.
1x Thank 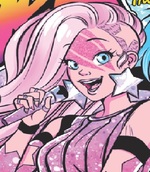 123 posts
in 1914 days
Seen 4 yrs ago
Bio
I am sorry to say that I will not be able to participate in this RP. I was pretty stoked but it's just a little too much right now.
Hidden 5 yrs ago Post by Sierra
Raw —
GM

639 posts
in 2008 days
Seen 5 mos ago
Bio
@YungTweak That's perfectly understandable. Provided we have the space, I will always welcome you and your character back no questions asked since you're pre-approved, should you find the time to do so.
Hidden 5 yrs ago → 5 yrs ago Post by Isotope
Raw —

@SierraStill around? Haha. Don't put off sleep to read the ic man. :p
Hidden 5 yrs ago Post by dragonmancer
Raw —

"A half Orc?! Such an abomination does not deserve to exist in this world!" Joseph Probably.

Edit: Oh, I really need to catch up on reading.
Hidden 5 yrs ago Post by BurningCold
Raw —

390 posts
in 2205 days
Seen 3 yrs ago
Bio
@Sierra Ah fair enough, I was first thinking about making a Northman before realizing that they're the Dwarven type.

So, yeah sure, I can change Rägnar to a normal human or a mix between a Northernman and a human, if that's alright with you - Although I'd have to change the backstory, but I'm alrighty with that.
↑ Top
1 Guest viewing this page