Edit: Also, a bracket isn't related to spelling. Since you didn't know. ;)

Oh nice sneaky edit there, except I didn't call it a spelling mistake, I called it a grammar mistake, which it is.

You didn't add a closing bracket here, these grammar mistakes are making me feel like I'm being punked.

Looks like your 'gotcha' fell flat on it's face again. Fin.
Hidden 2 yrs ago Post by Fabricant451
Raw —

Because you are angling for a job at Ubisoft's PR team. And I'm still plenty young, auntie.

What can I say, they've got good benefits. They'll put out the same games every few years and all I'll have to do is pretend like Far Cry hasn't been chasing the lightning in a bottle of 3 that has since dominated the design philosophy of its open world games.

Also they'll probably take anyone at this point, they could use some good PR of late.

I suppose if it wasn't 4th game in a row glorifying the 'troubled dad' trope that seemed to dominate media of the 2010s, I'd think it was less shit...but still probably not good.

The problem with game directors getting older and becoming dads is now gruff dad protagonists learning that it's okay to have emotions are a quick and easy way to garner points for 'Wow what a deep character!'. As an action game it doesn't hold a candle to its peers or even itself but I bought into the story enough even if Kratos is still the big lame and always will be.

Hidden 2 yrs ago → 2 yrs ago Post by SleepingSilence
Raw —

I see how quickly you abandoned the spelling insults when you yourself put a quote without a closed bracket.

This is what you said. (And on a tangent, that isn't even correct in the first place. Since it wasn't a quote.)

And even if it you did relate it grammar. It's not that either.

"Snide comment that fails to land." (Believe me, I'm already looking forward to it.)

"I'm just gonna skirt over the fact this whole conversation was debating over if 'Naughty Dog attacked its critics' and 'did that lead to bad PR'." (It did. You claim it didn't. But I'm right. That was fun, can't wait to see the inevitable reply two weeks later. c:)

Oh, and for the love of sanity, don't actually reply with an excuse why it took so long to start arguing with me again. It's a joke.
Hidden 2 yrs ago → 2 yrs ago Post by SleepingSilence
Raw —

4473 posts
in 2402 days
Seen 6 hrs ago
Bio
And I'd love to reply to this thread with something gaming related to counter balance the petty back and forth, but I've really only been playing a MOBA with friends. And those hardly count as real games, so out of luck in that regard.

<Snipped quote by Dolerman>
pretend like Far Cry hasn't been chasing the lightning in a bottle of 3 that has since dominated the design philosophy of its open world games.

I bought into the story enough even if Kratos is still the big lame and always will be.

Oh, and for the love of sanity, don't actually reply with an excuse why it took so long to start arguing with me again. It's a joke.

I'll reply whenever I feel like it, sir. Similar to how you'll edit away things that make you look like a hypocrite whenever you feel like it.

Keeping on topic, you said:

The constant misspellings almost make me feel like I'm being punked. But, a man who does not read, is no smarter than a man who cannot read.

So do you think that same 'lack of reading' caused you to leave out that bracket? Or do you have another excuse that isn't a double standard you invented for yourself.

Oh you found someone, finally! Took you long enough.

Now let's see if this holds up, please provide a source where an official at naughty dog has engaged in bitching towards Jason.
Hidden 2 yrs ago Post by DruSM157
Raw —

Member Seen 2 days ago
DruSM157
Nobody

(I hope it still features Dante from Devil May Cry!)
1x Like

I think you can draw similarities between pretty much any given open world game, Ubisoft or otherwise, but ever since Far Cry 3 the focus has been on the eccentric villain while the tone has whipped back and forth with no regard for consistency. Having to spend the early parts of Far Cry shooting animals so you can carry more than a rock and a flower is asinine. Assassin's Creed has at least attempted to add something new with every entry - whether or not that's been successful is up to the individual - and with Origins, Odyssey, and Valhalla they are fundamentally different games than everything that came before. They offer different experiences from each other but similar within the context of their own franchises.

Far Cry 3 was a pretty different sort of experience from Far Cry 2 but 4, Primal, 5, New Dawn, and even probably 6 have all just been cut from the cloth of 3. Assassin's Creed Origins and Odyssey share the name but at this point they're far removed from everything else that they might as well be called new games. Yeah, you climb things in both but climbing things is as much a part of Assassin's Creed as it is, like, Uncharted.

Watch Dogs hasn't had as many entries but it's already got an identity problem but other than the fact that it, too, is an open world I wouldn't say the philosophy behind it is the same as Far Cry which have all felt the same since 3 down to the focus being on the villain over anything else. 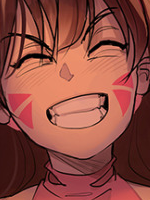 7202 posts
in 1999 days
Seen 2 days ago
Bio
Do you think Post-Origins AC would be seen better if they didn't have the AC brand associated with them?
Hidden 2 yrs ago Post by Fabricant451
Raw —

6081 posts
in 3178 days
Seen 5 hrs ago
Bio
Honestly yes if for no other reason that Origins and then Odyssey effectively splintered the fanbase anyway with people who don't like the new direction. I can't speak to Valhalla but Origins at least had the story build to the creation of the Assassin's so the name fits there but Odyssey predates Origins and basically has to hardsmash its way into the series canon that it probably would've been better off just being its own thing.
Hidden 2 yrs ago Post by TGM
Raw —
OP

7202 posts
in 1999 days
Seen 2 days ago
Bio
I agree, actually. I think these games were good enough that they didn't need the brand as a safety net. Despite the problems I have with Odyssey (and there are many) its one of those games that I haven't felt joy from in a long time. I hope Ghost can be similar, even though what I REALLY want is a better, bigger, more open world Way of the Samurai game.
Hidden 2 yrs ago Post by nodogs
Raw —

Do you think Post-Origins AC would be seen better if they didn't have the AC brand associated with them?

origins ac itself wouldve been better without the ac brand. remove the assassin element and make an original egyptian story
1x Like 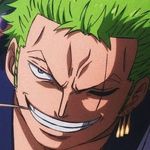 2194 posts
in 2375 days
Seen 43 min ago
Bio
I disagree that AC has been ruined. I liked Origins and Odyssey despite their issues. And Valhalla looks like it's going to be like the last two games with updates and changes. Also, nice avatar @dhawan (wrench rules).

By the way, I finished Ghost of Tsushima and plat it. I loved the story and the combat and everything else. What a game to mark the end of the PS4. Sucker Punch did a great job. Now, let's hope they are working on another Infamous game or even Sly Cooper.
1x Thank

7202 posts
in 1999 days
Seen 2 days ago
Bio
The problem with the new AC games is they aren't Assassin's Creed games. They are experimental rpg-lite adventure games which only really wear the "costume" of the brand to piggyback and proliferate sales benefits. Had Ubisoft been confident in Origins to ride without training wheels, maybe so many fans wouldn't be so jaded about the franchise. Food for thought.
1x Like

6081 posts
in 3178 days
Seen 5 hrs ago
Bio
I finally found something I genuinely love in Ghost of Tsushima and I wish the whole game was just that but then the game would just be For Honor so never mind.
Hidden 2 yrs ago Post by DruSM157
Raw —

Member Seen 2 days ago
DruSM157
Nobody

954 posts
in 3179 days
Seen 2 days ago
Man everyone's enjoying good games like Ghosts of Tsushima and here I am about to start playing through Deadly Premonition 2 after finally beating Deadly Premonition 1 (and having to restart it halfway through because the PC version exploded.)

9 posts
in 1624 days
Seen 3 mos ago
Bio
After beating Persona 4 Golden when it was first released on Steam I went back to Persona 3 FES. beat it's main story, The Journey, and am currently doing it's epilogue episode, The Answer.
1x Like