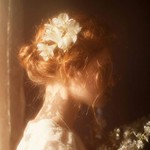 520 posts
in 1814 days
Online
Bio 1 day ago
New York City has been experiencing a strange string of deaths; the less dead left in heaps of blood and bone as if they had been torn apart by a pack of wild animals. Prostitutes, drug addicts, the homeless - none have been safe, but there has been no sign of feral dogs or escaped exotics. For months, there are no answers as the city continues to function.

One rainy night, the police get a phone call to find another corpse in Central Park. The caller doesn't identify herself and leaves the phone off of the hook, much to the annoyance of the dispatcher.

When the officers had come to answer the call, their lives had changed forever. With the tape from the dash camera quickly taken as classified, a waif wrapped in a windshield, and a hole through the engine block of the cruiser, there was no plausible theories as to what had been strong enough to do such a thing.

The men claimed a monster, though they were quickly admitted for psychiatric treatment with such insane ideas!

That girl, barely alive and the only person that could be treated as a suspect or accessory, was taken into custody.

The city needed answers to stop the spree of carnage.

18+, dark themes abound! This storyline has a lot of torture, non-consent, and blurred lines between right and wrong. It isn't for the faint of heart, but limits can definitely be discussed.

My girl's partner could be a police officer, a demon, a federal agent, even a caretaker. The possibilities are endless! I'm open to mixing in anthros or other supernatural bloodlines (werewolves, vampires, etcetera) as well.

Please be literate and write at least a paragraph - preferable more. I work a crazy schedule, so I can post usually once a day.

If neither is what you're looking for, shoot me something! I'm pretty open to other ideas and always willing to work with peeps. 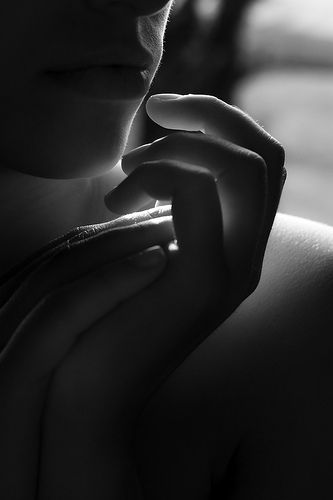 As a child, Lylith never knew why she could hear the whispers - just as much as she didn't know why she could see the hazy visions of souls stuck in Limbo. The failed result of a ritual between an occultist and one of his lovers, the girl had been given up from his home in London by the time she was a young child to his brother in America when she had not shown the promise of being tethered to demonic forces as they had hoped for.

Very quickly, odd things had begun to happen around the child; there was objects moved, growling out of thin air, and figures fading in and out of the edges of her uncle's vision. He had soon become unnerved enough that he had given her up into the foster system, where she spent the next fourteen years changing hands and slipping in and out of psych wards in thanks to her "strange" behavior and the mysterious circumstances of many of her caretakers either becoming injured or committing suicide. As she got older, things got worse; often, those that found her wanted her for more sinister purposes than a home. More than once, she had endured the unspeakable, though she had managed to avoid pregnancy by some miracle.

By the time Lyli aged out, she had no skills and no job, finding herself wandering and homeless. Worse yet, when the weather grew cold and she couldn't get south, she found that it was easier to give her body to those that wanted a punching bag or a semi-willing partner instead of freezing to death or suffering painful frostbite or hypothermia when the shelters were full. Hell, sometimes it also meant a hot meal when she finally had the desire to eat.

Her way of living helped to hide the precarious way that Lyli was forced to live: she could hear those that hadn't moved on, see the spectres that haunted the world and the demons had lurked to fetch souls from their world. Even after she had once carved runes into herself, trying to block it all out, little had changed her birthright.

A small town on the coast had always known there were strange things happening out in the misty, foggy forests outside of city limits. Pets disappeared, kids sometimes wandered off into the trees and didn't seem to really ever mentally come back. Unnatural sounds came out of the darkness, but things were beginning to get worse since a small drifter had walked into town. Despite not having a car, or even anything beyond a pack on her back, she hadn't really ever asked for food or looked people in the eye, but she had stood staring into the unknown at night despite the cold and rain.

Then the hunters began to disappear. What was next? Who is she?
Hidden 4 yrs ago Post by honorandpride
Raw —
OP