25 posts
in 2006 days
Seen 2 hrs ago
Hello all! My name is Aelin, at least here on the internet. It also happens to be one of the greatest badass main characters in a book series. You get some cookies if you know from what book series my name adheres. Now then, I've been role playing for nearly ten years. I started eons ago on Gaia before it went to hell with those gold boosters, and have been role playing on some private servers with a couple of friends off and on since then. I prefer text based role play to the tabletop stuff as I thoroughly enjoy writing and do it as a past time, and have even published a few independent poems. I have been on this site for two years but due to real life issues, I sort of dropped off of the face of the planet for a while. I just want to give the sincerest of apologies to the people I ghosted. Real life emergency and then losing my computer and overall real life being a pain, I haven't been able to really get back into role play. Hopefully now things are calm enough but I promise that if something pops up, I'll find a way to get back online in order to inform partners.

When it comes to role play style, I much prefer third person point of view. Honestly, I will not role play in any other perspective and would definitely prefer if you played in third person point of view as well. I typically write a minimum of 2 to 4 paragraphs and have a firm grasp on grammar. I would like if I could get a reply back that is at least one paragraph and legible. Text speak within a role play is a definite no-go. OOC text chat is perfectly fine but that's about the extent of it.

As far as pictures and descriptions of characters go, I do either, though if we do pictures, I'm more likely to use digital art rather than anime or real photos. I also prefer descriptions and back stories of characters to be revealed through the role play itself instead of by character skeleton. Makes it more fun that way but it is not a requirement. If you want us to do character skeletons, I will, I just prefer not to.

I do have some personal plots and generic pairings listed below. If any of them strike your fancy please contact me VIA PM only. This thread is for updates and bumping. I am willing to role play via PMs and Threads, in that order and I will not be doing IM or Email role play. Also, please not that I am very willing to double and will welcome any ideas you might have. The worst I can say is no right? So feel free to PM me if you have an idea that you want to do. Any role play can be PG-13 or 18+.

Stolen
Medieval Fantasy, Regency Fantasy, or Victorian Fantasy Setting
Surely there were no such things as faeries and goblins, or so she told herself. All of the ramblings of her Great Aunt was just superstitious nonsense. After the death of her parents, she was sent to live with the woman in a small village on the edge of a forest that was supposedly full of faeries and creatures of myth like elves and goblins. What she never anticipated, was that the stories were all true. After coming across an old circle of stones, strange things start happening, and finally, one night, she is whisked away, stolen from her bed and taken to a strange place, nothing at all like the human world she has always lived in. Not only has she been stolen, but she has been brought before the king of this mystical realm to marry him. (Somewhat inspired by Clare Dunkle's Hollow Kingdom)

The Emperor's Chosen
Medieval Fantasy Setting
The Emperor is a cruel man, obsessed with a prophecy that the dark thing that possesses him, must mate with a pure soul to create a being of complete power to rule the kingdoms with absolute authority. He finds such a creature, and keeps her locked away, until he is ready to marry her and claim her for his own. A resistance to the emperor's forces has taken hold, and the people are fighting back. One soldier hears of the emperor's bride to be, and manages to find the place where she is kept hidden. At first he means to kill her, but instead decides, that he doesn't have the heart to kill a girl who's only fault was being the Emperor's chosen bride. With no choices left, he takes her away from the place where she had remained hidden and brings her into the camp. At first, as a hostage, and prisoner of war, the two eventually find themselves wrapped in a passionate affair that might bring the Emperor's wrath upon them all. This will definitely be a more epic style romance with lots of factors playing into a complex relationship, and of course, plenty of side characters to help round out the plot.

Wicked
Modern Fantasy Setting
A human girl gets caught in the wrong place at the wrong time, and ends up being taken into a coven of vampires to be used as a blood slave. Upon arrival, the leader of the coven discovers her and is inexplicably drawn to her in a way he's never before been drawn to a human, and for once decides that no one can feed from her, but himself. As she grapples with her new life as a blood slave to a vampire, there's also the matter of why she's suddenly developing magical abilities she has never before possessed. As her relationship with her master shifts into something more, she soon realizes the reason why he was drawn to her in the first place. The basic idea for this role play is that she thinks she is just some normal human being when she is taken to be a blood slave to these vampires but the first time she is drank from, triggers a reaction that causes her true origins to be realized. I'm thinking demi-goddess or something like that, but it would be a lot of romance and action, we can work out the details via PM.

The Lost Princess
Medieval or Medieval Fantasy Setting
Two kingdoms once lived together in peace. The Crown Princess of one and the Crown Prince of the other were betrothed from the birth of the Princess to unite their kingdoms and rule as one. The prince grew into a fine youth and the princess, younger than he was only a child when rebellion overtook the kingdom of the Princess. She barely escaped with her life disappearing into the forests between the two kingdoms, never to be seen again. Eight years later, the Prince is near he border, helping to fend his kingdom against a raiding party when he comes across a small hovel deep in the heart of the forest, so hidden he only really stumbles upon it. There he finds a young woman of beauty, quiet and shy, and with a necklace around her neck that he had given to his betrothed when she had been just a child. Where it goes from there is up for discussion. (PG13 or Mature Content Possible)

The Girl In The Tower
Medieval Fantasy Setting
Sort of a riff on Rapunzel. A young woman has spent her entire life locked away in a tower. Her innocence and purity have granted an Alchemist all of the power he desires. Her pure blood giving him the perfect ingredient for all of his potions. She is used to nothing but isolation, and pain, until a prince happens upon her tower and uses the spell that causes her hair to grow like a rope. The two form a bond over several of his visits and then one day, he helps her escape from her tower, but the powerful sorcerer is not at all pleased to learn of his prisoner’s escape. Now they must fight the forces of evil that are rising against them or forever lose one another. (PG13 or Mature Content Possible)

Arranging for Peace
Medieval Setting
Warring Chieftains of two high powered, and bordered Clans of Scotland, decide that the bloodshed must end. What better way to end the feuding than by both families creating an alliance with each other through marriage. With war being so much part of the lives of all involved, can peace come of the forced union between them? (Likely Mature Content)

The Mail-Order Bride
Wild West Setting
She was disgraced. Not by her own fault but disgraced all the same. With nowhere to turn to, she answers an advertisement for a mail-order Bride in order to escape the past and the horrors of it. She becomes wife to a widower, but her secrets don’t say buried for long, especially when the horrors return to haunt her and threaten her new home and happiness with her husband, and his family. For doubling, we could add in the widower’s sister and create a plot for her. (Likely Mature Content)

Pagemaster Get it? Master of Pages?

Member Seen 2 hrs ago
Pagemaster
Get it? Master of Pages? 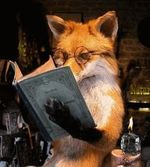 9 posts
in 1405 days
Seen 4 yrs ago
Bio
You want to RP something Throne of Glass or Court of T&R? I'm down to RP anyone fey or human (not really valg, although you are free to play as one even if my character doesn't know you are one!). I've finished Throne of Glass, but am admittedly still only three books into the latter series.

Girl in the Tower and Emperor's Chosen also interest me. The prince and the soldier both intrigue me, but as far as the latter goes, I'd find it more engaging to start out with the escape from the emperor (with the emperor being controlled by either of us, but likely you since it's your vision).

I can pretend that I'm the one doing the storytelling if you'd like, but since I'm so new to the site, I'm pretty much just along for the ride and looking for an extended good time. (Hence the preference for anything by Sarah J. Maas. :> )
1x Like