A Bunch of Things 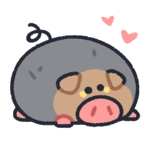 Hello! It's been a really long time since I've cast some lines out to see if I've got any takers - I hope to meet some of you all, and get a good story rolling. :) I've been RP-ing for a long while now (since I was but a wee child on Fanfiction.net, so like, 10+ years now???), but have recently come across more free time that I'd like to spend doing more writing.

I'm in the Pacific Standard Timezone, and can usually post on a daily basis. I can do at least one post a day, or more, depending on how the days go. But before we get to the meat of things, I'd like to outline some boundaries and expectations.


And that's about it! If anything else crops up, I will be certain to let you know as we go along - but this is a good starting point. Now, onto the fun stuff!

Fandom (Though, there's not much lol)

***Legend of Zelda: Breath of the Wild:
- Link/Zelda
- I'm game for either character!
- Pre-Calamity or Post-Calamity is ideal, I imagine that both would be an angst filled wonderland. :)

Pokémon
- No canon characters though. OCs in the world is ideal!
- Nuzlocke RP?

***Pirate Captain/Pirate Captain
- Consider the Pirates of the Caribbean/Sinbad aesthetic. I'm thinking that two pirate captains - possibly rivals, possibly some pretty big names - through a series of unfortunate events, get a cursed thrown onto them. A curse bad enough that their crews abandon them, and they lose everything but the clothes on their backs. The whole RP would be about them doing two things: one, getting rid of this god forsaken curse before it kills them; and two, getting Their Shit Back and Kicking Their Traitorous EX-Crew's Asses. There'll be lots of sleuthing, old magic, wily ocean creatures, some survival aspects, and good ol' fashioned swash-buckling fun!

**Any period/historical piece (excluding world wars/contemporary history)
Perhaps...A rich character who is so used to the comforts of the privileged has finally done something that has made their parents finally snap. To teach their belligerent progeny a lesson, the parents send them away to live with their significantly poorer friends. These people are peasants of some sort (occupation pending) who take the character under their wing. Naturally, this family has a child round about the same age as the spoiled brat. They don't hit it off too well at first, due to a disparity of class. However, just as they were beginning to grow closer, the parents swoop in with intentions to take the rich character home and marry them off to some noble.

And that's it! I'm also 100%, totally, and completely open to hearing any pairings/ideas that you have! Just hit me up with a PM and we can talk about it. :)