A stillness of panic traced a horrible image through Suzi's mind, alongside the excitement she was feeling. It caused a strange jolt of energy to feel both at the same time, but soon enough, the sensation became too entangled for the young girl to clearly recognize what she was feeling. All she had left was concern for her Digimon and herself.

With her mouth still in the small shape of an o, Suzi studied Kyaromon. Am I being too hard on him? Her lips sealed, and her two front teeth nibbled on them, as she tried to dissect, inspect her thoughts. Caution lead her carefully in the next split seconds while she watched the failure of her Digimon. A pain tugged at her chest as she watched.

"What are we supposed to do?" Suzi asked Kyaromon. However, before she could answer, up on the hill a girl being chased by a Mettaur shouted. Again, the young girl's mouth opened into a small o of observation. Her lips were no longer being nibbled to blood under the pressure she was feeling.

She wanted to grab Kyaromon and run, but something stopped her. Her feet would not move. Her mind was unable to make one foot lift. Not her right. Not her left. They remained in one spot, planted like the trees at the beginning of the forest on the outskirts of the terrain. 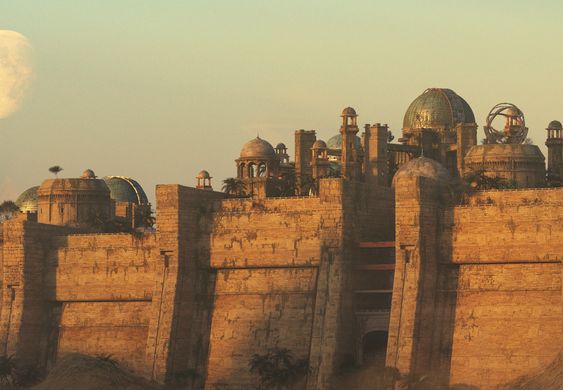 L O R E
יֶדַע עַם
They came to us, sprinkling like sand in an hour glass. Their gold glistened in the desert sun, and their powers were more encompassing than the sky. Slowly, their magic weaved a new world around us, and we became inhabitants of a new phenomenon. Forever our reality would be altered. We built temples for them at the beckoning of their promises. We practiced their words as disciples to these new religious orders. We became citizens of a new world.

For a while, the world was at peace while the beings of the sky enlightened us. They guarded and protected us from the evil spirits that once plagued our world. We promised our lives to them. We lived in their paradise. Until one day, when our guards were at complete rest, a new set of rules began transforing around us. These rules road on dark, shadowy horses. Their dark veils covered their large treacherous bodies. Their powers reigned storms of evil upon our world. They made newer, bigger promises. They created new creeds, which split us apart. They forced us into never-ending wars. They plagued us in a famine of darkness. They cracked whips of lightning over the golden beings we had once called gods. Again, we found ourselves slaves to our fallen nature. However, this time would be the last time.

With one tear of hope, a prophecy was foretold. It came from the Old City of Jerusalem as a vision in a dream. An oracle interpreted it as thus, the fighting will continue to generations. Humans will be sacrificed. Their blood and torment will paint the memories of every living thing. They will be faced with a choice, to succumb to the powerful urges of their fallen nature or endure the pain and suffering of fighting for their eternal freedom. A New Jerusalem is coming. It shall come down from the Holy of Hies and establish Eschaton. Those who choose to follow the darkness will perish, but those who fight for the light will endure forever in the world to come. And such generations have come to pass that we have been taught to believe, the New Jerusalem has already come. Some believe the gates have already been closed and locked to those not already inhabiting the Holy Paradise. Others have gone in conquest of finding the Holy Paradise solely for corrupted reasons, whether personal gain or destroying it altogether. Regardless, those who seek shall find, and not all those who wander are lost.

S E T T I N G & P R E M I S E
מסגרת והנחת יסוד
The world is in the midst of the apocalypse. The world is war torn. She’s been dying for generations, now, and some wonder if the world has already turned to hell — death is the only escape, which many use as their only option. Men have gone crazy looking for Eschaton, the New Jerusalem, the Holy Paradise. They have gone mad with power, pride, hunger, lust, envy, ennui. They will stop at nothing to escape the war torn wastelands, even if it means killing himself. Yet, mankind still struggles onward in vain hopes for something...

Technology has not advanced since the insurgence of magic. Mankind relies more heavily on mysticism and nature as the beasts have taken over. The dragons of the sky make traveling by air dangerous, and the leviathans make traveling by sea perilous. Warships inhabit both the sky and water. Beasts, tanks, and guns roam the lands, but cars still exist. Therefore, travel is not impossible but very difficult and risky.

Every human has his or her own mortal flaw. Some of those flaws are the same as others. Some are different than others. Some humans have more flaws than other humans. However, every human's flaw affects him or her in its own unique way. What is your character's flaw?

This is not to say every human is damned. Every human has his or her own excelling virtue. These virtue redeem mankind and give hope in continuing to live. What is your character's virtue?

Throughout the journey, which trait will win: the flaw or the virtue? Choose your traits wisely, because the sands of time are slipping away, and not everyone has the ability to make it to Eschaton, no matter how good he or she believes himself or herself to be. 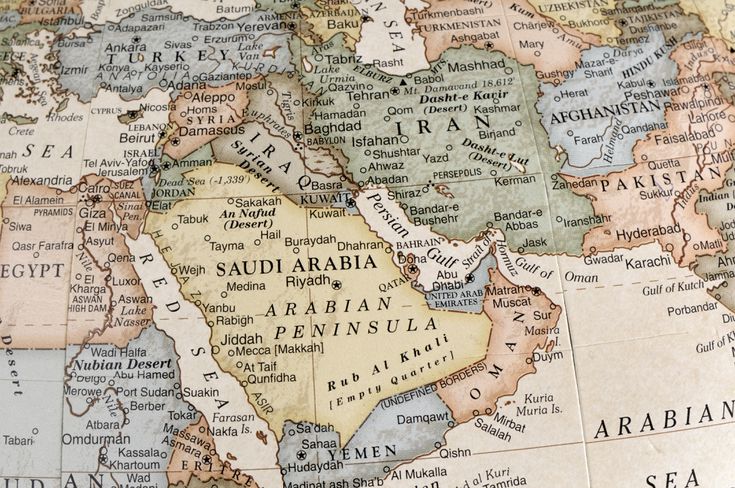 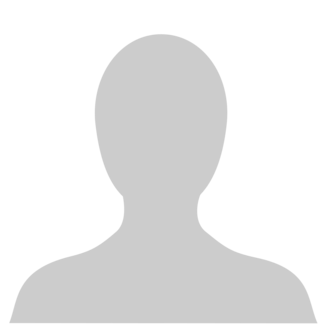 כַּשָׁפוּת
M A G I C
S P E L L S
A spoken word or form of words held to have magic power. The language of spells is sometimes archaic and is not always understood by the reciter. In some cases meaningless but familiar terms are believed to be efficacious because of their traditional value. Much magical language, however, is clearly and directly correlated with the aim of the recital. In symbolic statement by analogy it represents and foreshadows the technical achievement, and metaphor and simile are freely used. An example is a Maori spell giving speed and grace to a canoe, which speaks of the swiftness of a bird on the wing and the lightness of a sea gull and which uses such onomatopoeic effects as speed noises or the wailing of the sea.

In blessings and curses, which are similar types of verbal expressions, the efficacy of the recitation is also believed to be connected to the magical power of the words themselves or to the sacred power of a supernatural being. Certain gestures as well as words may be bound up with the act of blessing, as in putting one’s hands on the head of the person being blessed. The curse, a wish to cause harm or misfortune, is usually directed against others, although an important form of curse, associated with oaths, contracts, and treaties, is conditionally directed against oneself, should one fail to keep one’s word or tell the truth.
M A T E R I A L S
Much anthropological literature refers to the objects used in magic as "medicines," hence the popular use of the term medicine man for magician. These medicines include herbs, animal parts, gemstones, sacred objects, or props used in performance and are thought to be potent in themselves or empowered by incantations or rituals. In some cases, medicines that are intended to heal are physiologically effective; for example, the poppy is used widely as an anesthetic, willow bark is used by some as an analgesic, and garlic and onions being used as antibiotics. Other medicines that are meant to cause harm, such as toad extracts and bufadienolides, are, in fact, known poisons. Other materials have a symbolic relationship to the intended outcome, as with divination from animal parts. In scapulamancy (divination from a sheep shoulder bone), for example, the sheep’s bone reflects the macrocosmic forces of the universe. In sorcery a magician may employ something belonging to the intended victim (e.g., hair, nail parings, or a piece of clothing) as part of the ritual. The rite itself may be symbolic, as with the drawing of protective circles in which to call up spirits, the sprinkling of water on the ground to make rain, or the destruction of a wax image to harm a victim. Plants or other objects can also symbolize desired outcomes: in rites to ensure a canoe’s speed, an example is the use of light vegetable leaves to represent the ease with which the craft will glide over the water; another example is to place a stone in a tree fork to postpone the setting of the sun; and a final example is that a people once swallowed gold to cure jaundice.
R I T E S
Because magic is based on performance, ritual and the magician’s knowledge and ability play a significant role in its efficacy. The performance of magic also presumes an audience, either the spiritual forces addressed, the patient-client, or the community. Both the magician and the rite itself are concerned with the observance of taboos and the purification of the participants. Magicians, like priests presiding over religious rituals, observe restrictions of diet or other certain activities to demarcate the rite from ordinary and profane activities and to invest it with sanctity. Illusions are the most easy to perform.
F U N C T I O N S
Foremost among the many roles magic plays are its “instrumental” and “expressive” functions. Based in the attempt to influence nature or human behaviour, magic’s instrumental function is measured by its efficacy in achieving the desired result. Anthropologists identify three main types of instrumental magic: the productive, the protective, and the destructive. Productive magic is employed to solicit a successful outcome from human labour or nature, such as bountiful hunt or harvest or good weather. Protective magic aims to defend an individual or community from the vagaries of nature and the evil of others. The use of amulets to ward off contagious diseases or the recitation of charms before a journey are examples of this protective function. Lastly, destructive magic, or sorcery, is intended to harm others, often is motivated by envy, and is socially disruptive. Consequently, the use of countermagic against sorcery may relieve some social tension within a community.

Magic’s expressive function results from the symbolic and social meanings attached to its practices, though its performers may not necessarily be aware of this function. Magic can provide a sense of group identity through shared rituals that give power or strength to members. At the same time, it can isolate the magician as a special person within or on the margins of society. Magic can also serve as a creative outlet or form of entertainment. It is, therefore, inseparable from the total system of thought, belief, and practice in a given society.