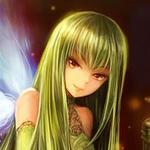 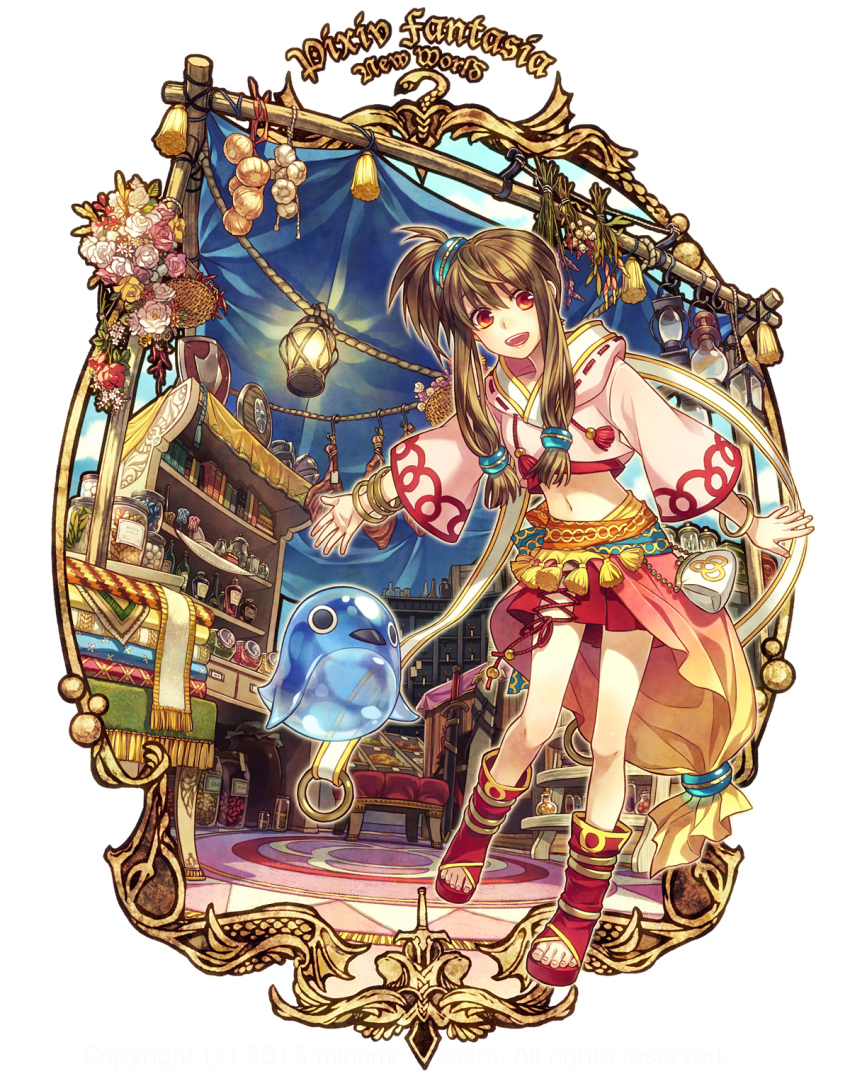 Nepsa is a travelling merchant! She travels across the world, buying interesting goods in one location and selling them in others. For the last four years she's bought and sold across the continent, traveling to several countries and seeing a number of interesting things. She boasts the ability to acquire almost anything, though her exact methods are relatively unknown!

Nepsa is originally from a small village in the far north. It was after a particularly harsh winter that the 14 year old Nepsa hooked a cart up to her family donkey Tero and the two of them left on their long journey to the south, toward warmer -- and far more wealthy -- lands, with only a stock of furs and vegetables to her name. Now, Nepsa has a full wagon, and she often sells rare fabrics, potions, and unique objects that she finds in other countries, to countries where they cannot so easily be found. It's a lonely life though, and she could probably do with a travelling companion or two besides Tero.

Hi there! So, I've got a character here, see one that I'm particularly fond of, but currently lacks a home in any RP! I want to remedy that, and for that reason, I've come to you with at least one character I'd like to find a player for to pair her with! If I come up with some other ideas later on, I'll add them to the list and do a quick bump at that time~

While outlawed in most nations, In the southern nation of Colrosa, slavery is still alive and well... and unfortunately, slavers are very poorly regulated, and tend to get their goods from a number of very shady places! You are one of those goods. Less than a month ago, you were a princess! Granted, you weren't the heir to the throne or anything, but even the youngest daughter of the King is still a princess, and should be treated as such!

Unfortunately, you were captured in a raid on your caravan, and your captors didn't seem to care much about your name, your family, or how important you were. They put you in chains and took you off to the middle of the desert! Now you're stuck here, waiting to get purchased and trying desperately to dodge the lecherous eyes and wandering hands of the slavers, hopeful that whoever pays their asking price will take you back home already!


Some OOC stuff can be found below this point!

I'm only looking for one person to fill this role. Once it's filled, I'll close this request until it opens back up! I can only handle so many people at once after all~

I tend to post 2-3 paragraphs in a single post. Sometimes more if I get that spark of inspiration. I enjoy worldbuilding, and controlling NPCs and making interesting things happen within the world! I also enjoy character development, having the characters learn to do new things, find new places, collect stuff, go on adventures, etc! This particular RP is pretty sandboxy, but that doesn't mean we can't have a plot -- or multiple plots -- to keep things moving along nicely!

I enjoy smut. It's fun. That being said, I do like to have more than just constant adult content 24/7. If I wanted to just do sexy stuff, I wouldn't have made a traveling merchant character, I'd have made someone who stayed in one place with no real responsibilities or goals in life! Nepsa has goals. She has things she wants to accomplish, and she's always on the move. While I want smut to be part of the RP, I don't want it to become the sole focus of the RP in the long term, if that makes sense!
↑ Top
© 2007-2017
BBCode Cheatsheet