1408 posts
in 2878 days
Seen 1 hr ago
So...if I, hypothetically, wanted to change my Prince from a human to saaaaay...a half-orc...would that be too fantasy ooooor? Its fine if you don't want that I just need to know before I make any potential changes.
Hidden 6 mos ago Post by Vampiretwilight
Raw —
GM

16860 posts
in 1135 days
Online
Bio 7 hrs ago
@LostDestiny
As long as there is nothing that crosses any lines, it's fine.
I will allow typical fantasy. but let us not go 'game of thrones' or anything like that. lol ;)
1x Like

1408 posts
in 2878 days
Seen 1 hr ago
Prince Gil has been altered in the CS tab.
Hidden 6 mos ago Post by Vampiretwilight
Raw —
GM

@LostDestiny
As long as there is nothing that crosses any lines, it's fine.
I will allow typical fantasy. but let us not go 'game of thrones' or anything like that. lol ;)

What do you mean not go Game of Thrones? It is what I would consider low fantasy.
Hidden 6 mos ago → 6 mos ago Post by Vampiretwilight
Raw —
GM

I had trouble trying to explain it a bit.
Hidden 6 mos ago Post by LostDestiny
Raw —

1408 posts
in 2878 days
Seen 1 hr ago
I guess what we are asking is, are we just going fantasy in terms of races or is there magic in this world too. Just trying to get a feel for your world building before so we/I know what to expect.
Hidden 6 mos ago → 6 mos ago Post by Vampiretwilight
Raw —
GM

16860 posts
in 1135 days
Online
Bio 7 hrs ago
@LostDestiny
a little of both.
i just want it a bit balanced is all.
nothing TOO over the top or more, you know?

I want this to be fair for everyone, you know what i mean?
Hidden 6 mos ago Post by LostDestiny
Raw —

1408 posts
in 2878 days
Seen 1 hr ago
Sooooo then we are talking Lod of the Rings level fantasy. Some magic, but reserved for very few. Idk that's what I mentally equate it too anyway.
Hidden 6 mos ago Post by Vampiretwilight
Raw —
GM

16860 posts
in 1135 days
Online
Bio 7 hrs ago
@LostDestiny@Sanity43217
ok.
how does this sound?
Fantasy mixed with human world?
blended?
a mix of both?
fantasy creatures and humans living together?
some humans able to use magic as well of course.
Hidden 6 mos ago Post by Sanity43217
Raw — 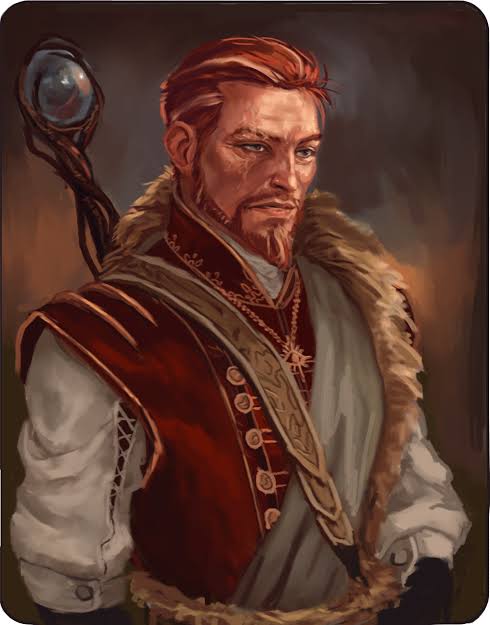 Name: Estraexir Bloodworth
age: 57
bio: Estraexir wasn’t the most athletic of the Bloodworth line. Luckily the Bloodworths weren’t chosen to rule for their athleticism, or even their intellect. The Bloodworth line was chosen because they were a powerful bloodline of sorcerers. The people seeing it as a divine right to rule.
Estraexir spent his childhood buried in the study of the mystic arts. Intrigued by their mysteries. As he grew older his fascination grew. He found himself a wife, and had himself a son. Things were going well, and he started leaning away from the mystic arts. Focusing more on his kingdom. Then his son found a commoner wife, he was mad, but held it together. Leaning further into his kingdom. He started to become distant from his wife, as she fell sick. When his wife died, something inside of him snapped. He started fervently studying the dark arts. Driven mad, in an attempt to bring back his wife. During his mad plunge into the void, he discovered an entity. One that would change his life for ever. Any semblance to the pleasant king who he had once been was gone. Replaced by a power hungry tyrant.
role in the story: King of the Invading land.
other(optional):
The entity has taught him how to create a perverted and corrupt version of the philosophers stone, and he has created a staffaround it. Also still working on finding images for the rest of the artifacts he has collected over the years of his research.
Hidden 6 mos ago Post by Vampiretwilight
Raw —
GM

Will he still use his son running off as an excuse? just curious is all. :)
Hidden 6 mos ago Post by Sanity43217
Raw —

Yeah, he had come to accept his son running off when his wife was alive, but since his downward spiral has brought it up.

Also expect a character sheet for his alias who he will use to attend the gala.
Also working on a spell book of spells he knows.
Hidden 6 mos ago Post by Vampiretwilight
Raw —
GM

1408 posts
in 2878 days
Seen 1 hr ago
I think I am going to work on some Orcish lore for this world if you don't mind.
Hidden 6 mos ago Post by Vampiretwilight
Raw —
GM

1408 posts
in 2878 days
Seen 1 hr ago
If anyone is interested I have constructed a brief History of Afdan (my prince's country) it is located on my character sheet for him in the other section for future ease of finding, but I shall also include it here

Long ago the Desert Country of Afdan was seemingly uninhabitable however the hearty Orcish race called these lands home. Many nomadic tribes existed within the country each filled with fierce warriors. Orc were viewed by the rest of the kingdoms as brutish and savage. In most cases they were correct. Many kingdoms took to exiling criminals, traitors, and deserters to the country, intending it to be a punishment. Those who were exiled here soon found out that though the Orcs of the country were indeed brutes, they were also willing to learn about the world outside of their own realm. The Orcs of Afdan accepted those who were exiled into their tribes so long as the individuals respected their rules and ways of life. Slowly as the tribes took on more people of all races a true country began to form. The dwarves brought with them knowledge of metal and ore, the humans agriculture and livestock, the elves magic. As the country grew it became a melting pot of many different cultures and the nomadic ways of the old Orcs, though not entirely gone, became less of a necessity and more of a way of distributing goods from one tribe to another.

However each tribe still saw themselves as separate from the others, only trading among the others because it benefited them. Eventually, as with most new civilizations, a power struggle began, as each tribe, with their own Chief, began fighting for land and resources. After all, resources were few and far between in the desert. Simple squabbles became full blown wars until finally one of the Orc Chiefs, came up with an idea. The Chiefs of each tribe would fight in 1v1 battle against another, moving up the ranks as they won until only one was victorious. The winner would be made Chief of Chiefs and their tribe would become the new united nation’s capital. All losing Chiefs would answer to the winner but still maintain their tribe. Any disputes on land and resources would be handled by the Chief of Chiefs and his word would be final.

The official Kingdom of Afdan is a fairly new kingdom only about half a century old, still consisting of a variety of tribes, each with their own Chief who answers to the “Chief of Chiefs” or to other kingdoms, the “King” of Afdan. The Orc Dumag Jalal, the winner of “The Great Chief Battle” Became the ruler of this new Kingdom at the Young Age of 20. His human wife Daphne Jalal, the Queen, has been instrumental in assisting the tribes in coming together. The pair have 3 sons. Dumag Jalal II, 25, the eldest and heir to the throne. Uram Jalal, 23, the middle and commander of the Afdan army. Gil Jalal, 19, the youngest and the one who was sent to marry a Princess of the Apura Kingdom.
Hidden 6 mos ago Post by VeyrinDay
Raw —

298 posts
in 307 days
Seen 1 hr ago
since most players here are eager to have magic system, I want my character and his Gallatrian retinues to have special ability called Agnosticism, their lack of belief toward mythologies affected their mind so much that any magic would have no effect on them
↑ Top