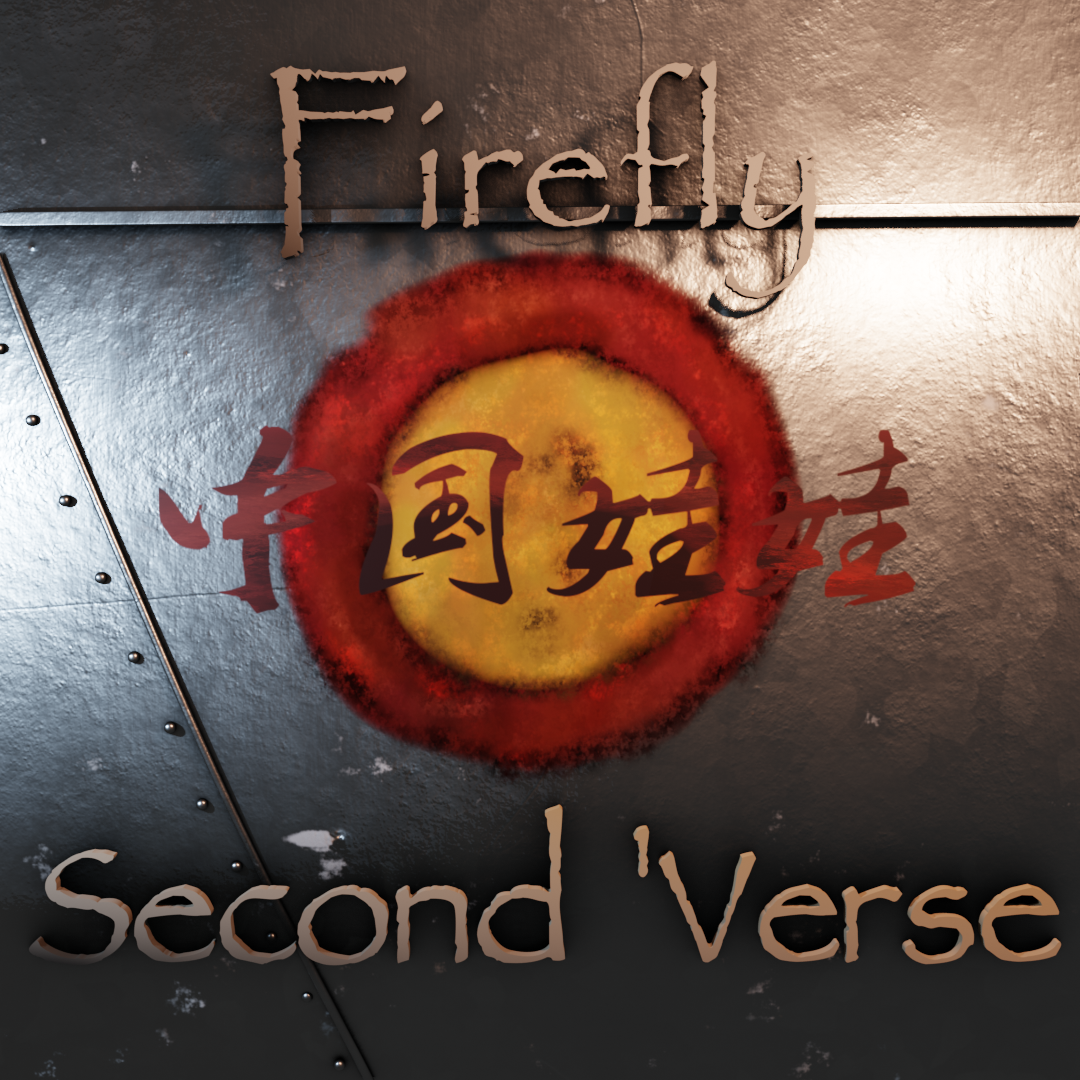 Background
For Captain Cal Strand, looks like nothin’ ever goes smooth. Now he’s hightailin’ it to the black with a hold full ‘o’ legit cargo...but that don’t stop them hairs on the back of his neck standin’ up. Of course, he wasn’t countin’ on a crime boss puttin’ him right square ‘tween the Alliance an’ the Browncoat underground, a cranky teenager gettin’ stitches in her butt, or a pilot what gangs up on ‘im with a pithy AI. The China Doll could be that gift horse whose mouth he shoulda checked, dohn mah?

Setting
The year’s 2522. War ended a decade ago. Been 3 years since the Miranda Broadwave riled some folk up, but the Alliance put the boot down on that right quick. It ain’t easy for “naughty men to slip about” these days, but there’s still work as can be had, long’s the price is right an’ you ain’t the curious type.

Our Style
“Firefly – Second ‘Verse” is an episodic PBP game. Character and plot development will be encouraged and written over the course of each episode. Certain adventures will involve “capers,” live action scenes played out in chat by member players. These scenes could vary from crimes to action to something as simple as everyone talking over the galley table.

Lookin' for...
The pilot seat is open, and he'd prefer to leave the flyin' to someone what know's more about landing than the deckhand. Passengers, too, but don’t let none of this fence you in. There’s lots of different folk out there. After all...it’s a mighty big ‘verse.

We’re ‘bout to touch down on Osiris, a core planet known for the illusion of safety authority provides and the seedy underbelly that thrives in its blindspots. If you wanna fly with us, send us a wave!

If'n you're interested, send us a PM: @sail3695 @wanderingwolf

i would love to join can i add a companion/pilot?
Hidden 2 mos ago Post by wanderingwolf
Raw —
OP

i would love to join can i add a companion/pilot?

Howdy! I see your PM in my inbox as well; I'll follow up there!
Hidden 2 mos ago Post by wanderingwolf
Raw —
OP

udonoodles love will tear us apart

38 posts
in 184 days
Online
Bio
is the mechanic spot still open? i'm a little hesitant about hopping into an ongoing rp, but this seems especially interesting.
2x Like

is the mechanic spot still open? i'm a little hesitant about hopping into an ongoing rp, but this seems especially interesting.

Yes, we have a place filler mechanic holding down the fort until someone comes along. Please PM us if you're still interested in the position.

129 posts
in 376 days
Seen 1 day ago
Bio
Just a bump to show we’re still on the lookout for crew and passengers, alike.
Hidden 1 mo ago Post by PatientBean
Raw —

PatientBean What is this, I don't even....

Member Seen 7 hrs ago
PatientBean
What is this, I don't even....

Are you still looking for crew and passengers? If so, I'd like to toss my hat in the ring. I am new to the site, but definitely not new to roleplaying. Let me know!
1x Like

Tempted to join if you will have me and are still looking for passengers and crew.
1x Like

Our pilot's seat is still open, and we're always willing to consider interesting passenger types. Would either of those work for you?

129 posts
in 376 days
Seen 1 day ago
Bio
Just a bump to show our pilot seat is still open. Come fly with us!
↑ Top
1 Guest viewing this page