342 posts
in 2687 days
Online
@Moon Man Oh yeah, also something worth knowing in case you're unaware is that Neopets come in a variety of "colors." I use quotes because the colors are sometimes more of an aesthetic than an actual color, such as "Faerie," "Pirate," or "Darigan."

If you go here and search by "Species" at the bottom of the page, you can find a list of all of the colors and how they look! It's very convenient, and I use it all the time when trying to make a new character~
1x Like 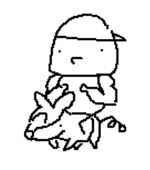 Thanks for the info! I appreciate it.
1x Like

342 posts
in 2687 days
Online
As for myself, I've got a lot of characters I can potentially use here. I have a LOOOOOOONG history of Neopets RP. And I have actually already taken the time to think about how I'd put them into a tabletop campaign if the opportunity ever arose.

1. Ferrin Aren - Red Scorchio - Fighter > Banneret. Ferrin was once a knight of Meridell, but after an incident in which he accused a Meridellian noble of a crime and trespassed to investigate and fought with them without evidence, he was relieved of duty and is now simply a traveler who seeks to help those in need...and just enjoy some brawls while he's at it. However, deep down, he still considers himself a Knight of Meridell, and loves his home country, acting as though he were still among their ranks.

2. Oki - Blue Bori - Fighter > Eldritch Knight. Descended from a family of Bori that hid away prior to the events of the "Hannah and the Ice Caves." However, he was born with a curse: water and ice are weapons that his body once wielded uncontrollably by pure instinct. This has led him largely to a life where his curse harming others wouldn't just be out of place, it would be welcomed: the life of a mercenary. (Fun fact: this character is based on the Ice Bori - a giveaway-specific Neopet color that was nontransferable; they turn Blue if put into the Neopian Pound)

3. Luke Thorton - Faerie Lutari - Rogue > Inquisitive. An introverted detective, born and raised in Faerieland, who has since come to the rest of Neopia in order to learn the ways of other nations for the sake of his curiosity. He seeks to one day create his own operation as a private investigator to make his living. His powers of observation are his weapon of choice...though when it comes to physical weapons, he is no expert, although he knows how to defend himself a bit.

4. Chazz Prower - Spotted Lupe - Artificer > Armorer. A timid, somewhat cowardly Lupe, but one who tries to do his best to make the world a better place. Chazz is a man who was born and raised in Meridell from the blood of Brightvalians. He was teased and bullied for his bookishness on a nearly daily basis. One day met a Grundo who possessed technology he'd never seen before. At Chazz's request, he was brought up to the Virtupets space station, where he learned that the Grundo was an inventor and quickly became his student. He learned the basics of the trade and began to create inventions himself. Before long, he was put to the task of returning to the surface of Neopia and start his life anew. Now he travels Neopia for inspiration for new inventions....

In other news, I've looked over that document, and while I mostly like what they're going for and I think it's largely fine, there are a couple of general changes I think should be considered:

1. I think the racial perks should be split between Species AND Color. Where you get a combination of abilities based on whatever combination you choose to use. Basic colors or colors PURELY of aesthetic design (like Spotted or Strawberry) would probably function identically while others like Faerie, Darigan or Mutant would function differently with different bonuses. This would make character creation a lot more flexible, considering Neopets aren't always born where their species originated. A change in Color can add or remove physical traits and features, such as Flight for a Faerie pet, or maybe a Darigan gets a bonus to Intimidation. In terms of color abilities, I believe you should get 2-3 "weaker" features or a single "stronger" feature like Flight.

2. I strongly disagree with the idea that a character's skill proficiencies can't change if they shift species. In the specific example they gave, it does not make sense for the Koi to maintain their Perception skill. The whole reason they have that proficiency in the first place is because they were an Eyrie - literally "eyes of an eagle." It does not make sense for them to maintain that skill when they lose the physical attribute that granted it. I believe every trait and feat should relate directly to the species physiology, and they should be gained and lost in their entirety if they change...with the obvious exception of Languages and ASI's (to prevent confusing flip/flopping of ability scores.)

3. I notice here and there that there are some traits/racial feats that seem more like they'd be bound to a personality rather than a species, such as the Lupe, Gelert and Ixi. A brave character wouldn't suddenly stop being brave just because they turned from one kind of dog into a dolphin. Special note goes to species like the Acara, who have a feat with an effect that is fine, but should be renamed to make it more tied to their species more than something like "cunning."

What do you guys think? Obviously, instead of overhauling the entire list at once, we can probably just do some modifications when they become relevant to us, like focusing on the species and colors of our characters for instance.
Hidden 1 mo ago Post by Birdboy
Raw —
OP

254 posts
in 829 days
Seen 10 hrs ago
Bio
@Moon Man You would be playing a neopet unless you really want to be a faerie!

@Digizel I can 100% agree with certain skills or abilities changing or not changing with morphing potions and I think we will change that as we go along, I talk with my players a lot and I think our small group can reasonably deal with this when/if it shows up. For all we know you guys may never use a morphin potion!

Regarding a neopet's 'color' I was going to have these take the place of backgrounds. Eventually each part of neopia would have a background and the other more miscellaneous brushes (glowing, pirate, mutant, etc) would likely have their own backgrounds.

I am aware of Balthazar and he may or may not be making a cameo ;) so be ready for a tough fight!
Hidden 1 mo ago Post by Digizel
Raw —

342 posts
in 2687 days
Online
Hm.... That does actually sound like a decent idea to avoid things getting complicated. I suppose in the meantime, I'll have to actually narrow down which character to use. xD
Hidden 1 mo ago Post by Birdboy
Raw —
OP

254 posts
in 829 days
Seen 10 hrs ago
Bio
@Digizel I have a bias towards fighters but the scorchio sounds interesting to me.
Hidden 1 mo ago → 1 mo ago Post by Olive Fontaine
Raw — 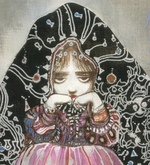 56 posts
in 1088 days
Seen 7 days ago
I'm sort of intrigued by the idea of playing a neopets fairy. I always thought they were an interesting part of the game when I was younger. I'm not exactly sure how it would work with 5e yet but I have some thoughts. Maybe an Earth fairy bard-type character who focuses on support. Or a Fire fairy with more offensive potential. Would summoning be an option in this game? If so, what would be summoned? Ghostly/"Ancestral" Neopets? Petpets? Just a thought.

I'm really experienced with D&D, and I'm a long time roleplayer. I've never rped about this exactly but I did play the game a lot when it was new. I remember it quite well. Posting interest.
Hidden 1 mo ago Post by Birdboy
Raw —
OP

254 posts
in 829 days
Seen 10 hrs ago
Bio
@Olive Fontaine we are in the same boat, this is my first time dming anything neopet based! Make your summons what you want but most likely they would be some sort of ghost, neopet, petpet or other creature in neopet lore!
Hidden 1 mo ago Post by Olive Fontaine
Raw —

56 posts
in 1088 days
Seen 7 days ago
I wanted to add that I love the idea of making the color have some sort of significant mechanical effect. I would almost say make it a neopet exclusive magic item slot. And Neopets should be change into one of the other basic colors pretty easily (as the paintbrushes were readily available on the market)

Do you think you’ve seen enough interest to make a game thread? Is there anything more we can do to help get this off the ground? I’ve designed tabletops before so I’d be willing to help figure some of this out.
Hidden 1 mo ago Post by Birdboy
Raw —
OP

56 posts
in 1088 days
Seen 7 days ago
I’ve been mulling over what to do with my fairy. I think I’ve settled on either being frontline support or a back line healer-striker, depending on what fits the team better.

One question - will you allow us to take a feat at first level? Perhaps by trading 2 points of ability score increase? I always missed feats in this edition. It would make a big difference as to making character builds more fun at this level.

The only race with a bonus feat in the document you provided is a variant Chia. This isn’t very fun as not everyone wants to play a Chia. People interested in roleplaying Neopets probably already know which pet they want to play as.

It’s your call, but I would be happy if you said yes. c:
Hidden 30 days ago Post by Birdboy
Raw —
OP

254 posts
in 829 days
Seen 10 hrs ago
Bio
@Olive Fontaine I would be fine with it as long as the other players don't mind! Take it up with them too!
Hidden 30 days ago Post by Birdboy
Raw —
OP