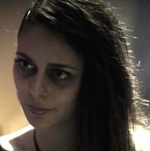 104 posts
in 332 days
Seen 17 days ago
Bio
Markula watched the king fall of his horse and onto his back. He was bemused by the kings ranting and escape attempts. When you live a long life you have to find humour in the little things.

"Did you think that would work?" Said Markula grinning, while standing over the king. "It really doesn't suite a man of your... bloodline... to behave in such foolish ways."

"Get away you foul beast, I'll have nothing to do with you!" The king yelled, frantically making his way to his feet.

"Now now, now need to be so rude, Galenodel. We have a deal you and I" The vampire idly picked his teeth revealing his fanged canines. "And it is time for me to collect!"

The kings face filled with fury "You will never touch my daughter you fiend!"

Markula laughed, finding the anger amusing "Your kingdom or your daughter. Those are the terms. Now scuttle off back to your family; I want her ready for my arrival."

The kings fury bubble to the surface and he spat in Markula's face. He raised his fist and launched it towards the Vampire but before he could make contact he was set upon by Jaen Luc who grabbed his hand tight. A loud snap filled the forest as the bones in Galendol's hand broke. The werewolf tossed the king into a nearby tree.

Galendol's back aches as he stood up to continue the fight. Markula had not moved an inch, his face twisted and his body twitching.

"How... Dare... You..." His eyes grew wide and a his mouth grew wide. The vampire rushed forward and pinned the king to the wall. "You will pay for that!" Markula screamed as bit into the kings neck. Galendol's blood felt like it was on fire. The king dropped to the ground after Markula withdrew his fangs. Dark tendrils pulsed out from the wound.

"Leave him there, Jean. Let his family find him like this. Give them a taste of what's to come." jean nodded in agreement as they both wandered off.
Hidden 10 mos ago Post by BlackMaiden
Raw —

103 posts
in 1045 days
Seen 2 hrs ago
Allisara watched the landscape fr her window deciding against leaving the Castle against her mother's wishes. She knew it was dangerous beyond the palace walls and aonstrr in sheep's clothing was taking his time waiting to collect what he wanted. Allisara sighed watching the gates awaiting for her parents return.
Hidden 10 mos ago Post by Vampiretwilight
Raw —
GM

2050 posts
in 365 days
Seen 7 mos ago
Bio
Soo Tek found the King, broken and battered, and left for dead.
Master Soo Tek scooped the elven king in his arms, lifting him off the ground.
Galenodel opened his eyes for a mere second, seeing his Sensei holding him.
He tried to speak, but couldn't find the strength to.
Soo Tek placed him on the horse, then mounted behind him.
"Forgive me Galen,but we must hurry, the medicines I need are at the manor."
Master Soo Tek kicked the horse into a gallop, heading for the castle as quickly as the horse would carry them.
@Vampiretwilight@BlackMaiden
Exactly one hour later, the two of them cross the drawbridge, as the guards run to inform the Queen.
"Your majesty, they have returned...but...the king, he looks injured M'lady. "
Soo Tek hopped down, and several guards came over to lend a hand, as they gently removed their king from the horse.
"Quickly gentlemen, follow me." ordered Soo Tek as he entered the manor.
"M'lady , it is not good, brace yourself, he has been attacked."
The guards carry the King inside the hall, his arm twisted and reshaped, blood trickled from inside his mouth, down his lips.
Soo Tek stared at the queen and daughter, "He was bitten as well by a snake, either walking or on it's belly."
Hidden 10 mos ago Post by Vampiretwilight
Raw —
GM

17426 posts
in 1342 days
Seen 3 hrs ago
Bio 21 hrs ago
@HEAVY METAL@BlackMaiden@Hybridjelly
Madeline gasped. She rushed forward. She knelt down for a moment as the monk did what he had to do. However, her eyes narrowed when she saw the condition of the wound.
"This is no snake venom like I have ever seen."
She looked more closely. She gasped.
"Bite marks like these have not been seen since the barrier went up many a moon ago!"
Her eyes went wide. A creature of darkness had attacked her husband!
1x Like

Soo Tek went to fetch his bag of medicines, while the guards took the King to his room.
Master Soo Tek approched Madeline "You mentioned something about those marks on his neck?"
" I have medicines to help him recover from his minor wounds, but if this is something more than a snake bite, I am not sure my medicines can heal that wound."
Master Soo Tek grabbed the King's arm and twisted back into place without even a stir from the king.
He ran his hand along his abdomen, "He has two broken ribs as well."
The king was sweating bullets, and his body quivered.
Hidden 10 mos ago Post by Vampiretwilight
Raw —
GM

"A creature of darkness did this. But, it is impossible as such a creature has not been on these lands since the barrier went up many many a moon ago. Something is terribly wrong!"

She frowned deeply.
"Vampires were the most common....."
Hidden 10 mos ago Post by HEAVY METAL
Raw —

"Vampire? I know this creature, in my homeland, we call it Kyūketsuki."
"Unfortunately my medicines i have with me will not help in these matters."
Master Soo Tek looked stone cold at the Queen and said"The only way for Galenodel to be healed, is to hunt this demon down, and slay it."
A guard stepped forward and kneeled before the Queen, "Majesty, I will send men out in the morning to track this monster down."
Hidden 10 mos ago Post by Vampiretwilight
Raw —
GM

17426 posts
in 1342 days
Seen 3 hrs ago
Bio 21 hrs ago
@HEAVY METAL
"But how was one able to get past the barrier?! How?!"
The queen was upset. Also, she was practically in a panic. She had that kind of look on her face as she looked at the monk. She would have shed tears if she had allowed herself to do so. She blinked and looked at the guards.

103 posts
in 1045 days
Seen 2 hrs ago
Allisara got lost in thought before hearing a commotion seeing the monk finally return with a body on the back of her horse as she gasped knowing exactly who it was. "Father!"she gasped straightening up before running out of her room and down the halls, trying to figure where exactly they rushed him off to. It took her a few mintues and a few directions of some guards before she arrived looking at the group in shock "Father! What happened to him? Is he going to be okay?"she asked in shock moving over to his side, "Father"she said
1x Like

17426 posts
in 1342 days
Seen 3 hrs ago
Bio 21 hrs ago
@BlackMaiden@HEAVY METAL@Hybridjelly
Madeline gasped. She saw her daughter. She tried to hurry her daughter away from the scene.

"We....can not explain right now."
The queen tried to remain calm in front of her daughter. However, she knew her daughter was stubborn and would not leave easily.
".............."
Hidden 10 mos ago Post by BlackMaiden
Raw —

103 posts
in 1045 days
Seen 2 hrs ago
@Vampiretwilight@HEAVY METAL@Hybridjelly
"Mom! You know more then anyone else here. What happened to father? Who or what did this? is he alright?"asked Allisara watching her mom as she moved away shaking her head "I'm not leaving till someone tells me what happened to Father. I dont want to leave till I know for a fact he is alright"she said Refusing to leave, putting her foot down on this
Hidden 10 mos ago Post by Vampiretwilight
Raw —
GM

17426 posts
in 1342 days
Seen 3 hrs ago
Bio 21 hrs ago
@BlackMaiden@HEAVY METAL
Madeline sighed. She shook her head.
"I have already told you. It can not be explained right now. There are no answers."
She glanced back at the monk. She hoped he would help her with this, since her husband could not. She looked at her daughter again.
"Please calm yourself."
Hidden 10 mos ago Post by HEAVY METAL
Raw —

"Yes, your mother is right, now is not the time."
Master Soo Tek placed his hand on Allisara's shoulder,"Rest is What your father needs right now, I will do my best."
He looked at the Queen, and said "Perhaps the two of you should try and get some rest as well, I will stay up with him tonight."
Captain of the guard came in, "Your majesty, I was just informed of the situation, give me permission, and we will hunt down this person responsible for the attack."
Hidden 10 mos ago Post by Vampiretwilight
Raw —
GM

17426 posts
in 1342 days
Seen 3 hrs ago
Bio 21 hrs ago
@HEAVY METAL
Madeline looked at the guard. She frowned and sighed.
"A creature of darkness is not defeated easily, and not by ordinary means. It was why a barrier was put in place in the first place!"
A tear rolled down her cheek.

"Regardless, we need to save our king! My husband!"
She almost sobbed. She almost sounded like she had granted permission.
Hidden 10 mos ago Post by HEAVY METAL
Raw —

2050 posts
in 365 days
Seen 7 mos ago
Bio
@Vampiretwilight
"In the morning, me and my men will hunt this beast down, and kill it."
The captain rose to his feet, bowing before leaving the room.
He ordered one of his men to gather the hunters and their dogs, "Be ready to leave at dawn."
"Yes captain Serendel."
Master Soo Tek stepped out of the room for a brief moment, stopping the captain.
He whispered something to Captain Serendel, who's eyes immediately went large.
They talked privately for a few more minutes, before the captain left.
Master Soo Tek came back into the King's chambers, and sat down in a chair next to the bed, where the king was lying.
He dipped a cloth into some oils, before wiping the substance on his wounds.
Hidden 10 mos ago Post by Vampiretwilight
Raw —
GM

103 posts
in 1045 days
Seen 2 hrs ago
Allisara sighed watching Soo tek and her mom before looking at her father "I couldn't rest even if I tried..."she muttered speaking the truth. Her worry was going to keep her up for who knows how long. "Just please... keep me informed"she asked before heading to her room to maybe try resting
↑ Top