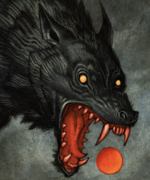 13 posts
in 51 days
Seen 11 days ago
Howdy. Excited to start role playing again. IRL, I am finishing up my M.A. in Creative Writing and Literature and I could really use some low-pressure fun to get the juices flowing outside of an academic space.

I will always be a wolf RP purist but have been known to dip my toe in other places. All things fantasy. Science fiction. I avoid anything that smacks of "realism."
1x Like

Viper Sebastian Dabrowski Kawaler of the Kingdom of Poland.

Member Seen 1 day ago
Viper Sebastian
Dabrowski Kawaler of the Kingdom of Poland.

376 posts
in 1189 days
Seen 1 day ago
Bio
Arena:
0 / 0 / 0
I am a Viper, I've yet to have roleplayed with other animals, but I am gaining on that. I enthuse killing some of those cats... Never had I heard, or read, that it's called "purist'. You must not be one of the "shifters" against blue wolf. Another way, and this is how I play, is to become a Master Player. That's one character, no matter what, per style. With a study of monarchial respects that's like Baron or Overlord, I say.

Welcome to the Roleplayer Guild. With never having met a purist, I am proud to say what wolves I have learned to rival outside of imagined-roleplaying, for I am the Party-Animal Monsignifer Lancehead Viper. No avenger or guardian for me, I get the pleasure of seeing vanguards scram from the posers.

Those wolves are: The Black Mexican Wolf "Skull King". The Black Mongolian Wolf "Black Death". The Black Steppe Wolf the "Terminator". The gray Timber Wolf "Gray Death". The Bronze Polish Wolf the "Witch-Killer". Red and Orange Timber Wolf (I only get their mad wolf sense) These are the wolves I learned fighting through to the resistance virtue of the U.S.A., and what roleplayers therein.

As for the lone wolf Ladies inside school I was beseeched to respect Tropical Wolves. Like the Tropical Timber Wolf of the Billy Zane movie "The Phantom".

I don't use the Alphanumerical system, I am Barbarian about it instead, even knightly. But from what I've seen there are also Seer wolves and Plagues.
Hidden 2 mos ago Post by Viper Sebastian
Raw —

Viper Sebastian Dabrowski Kawaler of the Kingdom of Poland.

Member Seen 1 day ago
Viper Sebastian
Dabrowski Kawaler of the Kingdom of Poland.