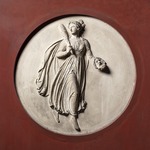 6 posts
in 666 days
Seen 3 mos ago
Character Sheet for Genie of the Lamp will be added here. Please be patient. 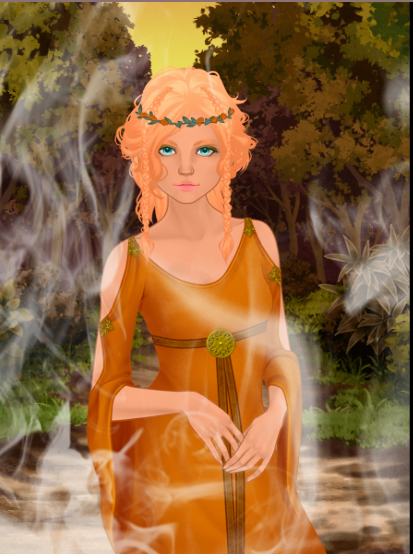 Age:
Physically, she appears as a woman of 18-20. Her soul, however, is several centuries old.

Abilities:
Genies are all-powerful creatures! They can create miracles on demand! End droughts! Win wars! They can do anything their master desires for them to do! Nothing - NOTHING - is beyond their reach!
You cannot wish for a Genie to kill someone, make someone love you, make you love someone, change someone elses personality, change your personlity, change someone else sexuality, change yout sexuality, or in any way alter the minds of others or yourself. You also cannot wish for more wishes, for more Genies, for more Lamps with Genies, to become a Genie yourself or to have someone else become a Genie. More rules may apply. Please hold.

Although her magic is nothing quite as spectacular as that of the Lamp, she is quite capable of holdning her own. A few fireballs, a small shock of electricity or perhaps some minor healing is not out of her reach.

Skills:
Sama lived a sheltered life in the Mage Tower and never really had to do any sort of domestic skills, as they had golem servants that fed them, cleaned for them and waited them on hand and foot.
She can, however draw diagrams, symbols and spells with almost mechanical precision due to frequent and harsh training.

Personality:
Sama used to be a loving, caring person, who would gladly use her magic to produce food for a starving girl to eat, and even stay with the poor thing, rather tahn go looking for her own family.
After centuries of being used as nothing more than a living tool, she has grown cold, harsh and angry at the world for cursing her like this.

Biography:
Long ago, when magic ruled the world and mages were all over, they thought they were invincible and could do anything. They were wrong. Too much magic was drawn out of the earth and less and less mages were being born. One after another, the Mage Towers fell until just one remained.
This is where Sama, the last Mage born, was taken when she was born. She was no more than just old enough to be considered an adult when the final tower was attacked by non-mages. In a desperate attempt to save the Mages as a race, the Grand Mage attempted to seal their souls in the Lamp. The spell, however, mostly failed. The Mages were killed as their souls were ripped from their bodies and transferred, as pure magic, into the Lamp. Sama, however, remained outside the Lamp and, holding it close to her chest with tears in her eyes, wished to be be saved; to live, no matter what. Her wish was the first to granted by the Lamp and she became the first and only Genie of the Lamp.

The first time she was awakened, she was so confused and scared. She had no idea where she was, because this place was not her magnificent Mage Tower. No, she was in a dusty, old house, with a young girl, no older than 14 summers, sitting in front of her, holding the Lamp in her hands. The girl wore tattered and dirty rags for clothes, had cuts and bruises all over her frail little body and looked like she had not eaten in days.
"Are you," the girl whispered, "are you real?"
Sama only scoffed in response. Clearly, she was as real as the sun and the moon; she was sitting right there and, if she wanted to, could reach out and touch the girl.
It was several days of Sama living with the girl, producing small feats of magic for her to keep the both of them alive. She did not feel any hunger or thirst, though, which only confused her more. She could not sleep, nor did her bowels move or her bladder fill. She longer lived.
One night, while they sat outside and looked at the stars above, the girl made her first wish. She obviously had not meant to, as neither one of them knew how to do so, or that it was even a possibility. It was barely even a whisper into the night, but Sama felt something she had never felt before as soon as the words fell from her lips. Power surged inside her, like nothing she could even imagine. It felt like all the magic in the world welled up inside her and burst from her body like a waterfall.
The girl had made a simple wish; she wished her family was with her. Sama had assumed they were dead, but that turned out not to be the case. They had only been seperated while fleeing from war. Sama had reunited the family with her new power. She tried in vain to find that power again, but no matter how she tried, her magic was as weak as it had been before. It was weeks before the girl made her second wish. Food. Again, that power welled up and did as the girl asked and Sama realized what had happened and asked the girl to make a third wish. After that wish was granted, Sama returned to the Lamp.

Sama had several Masters over the years. After the fist few times, she urged them to just get it over with, so she could go back to sleep. Eventually, someone found her, realized how dangerous she could be in the wrong hands and hid her Lamp in a deep cave.

Weaknesses:
Her most overwhelming weakness is her Lamp. If the Lamp is destroyed, she dies as her soul itself is bound to the Lamp.
Her personal magic, without drawing on the power of the magic in the Lamp, is nothing too spectacular. She can only draw on the magic in the Lamp when granting a wish.

Other:
Anything else we should know?

6 posts
in 666 days
Seen 3 mos ago
Character Sheet for Beauty and the Beast will be added here. Please be patient.
Hidden 5 mos ago Post by Melpomene
Raw —
GM