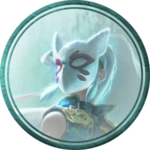 33 posts
in 1867 days
Seen 4 days ago
It's the year 2153, and the world has advanced rapidly in the last several decades. Among the most important were extreme leaps in the field of genetic engineering. At first, the science was used to clone soldiers for the military but within a few decades, the technology became available for use by the general public. Almost overnight, dozens of businesses cropped up, offering genetically engineered pets. At first, it was just dogs and cats, but as the technology became more streamlined, and smaller businesses fell away from the pack, the frontrunner, NuGen Technologies, began to offer humanoid pets.

The first models of NuPets were sold to the rich and powerful. Friendly companions for the elite. As time went on, they became more available to everyone else, until finally a single NuPet could be purchased, and made to order for the price of a used car. Your character would be one of these NuPets; ordered as a present for my character's birthday. You were grown in a tube, like most of your kind, until you were born fully grown and sent through a series of educational videos where you learned the basics of life. How to do basic math, cooking, basic maintenance on household goods, everything to give you a good starting point on the best ways to please your master! You'd heard stories of this mythical master. Someone outside of the company who asked especially for you, and requested that you be brought to life so that they could spend their time with you! They really talked your future owner up, ensuring that you'd be excited to meet him, and eager to please.

And that's what I have in mind so far! I'm looking for someone to play a young woman for the purposes of this RP -- maybe some kind of animal-girl. I get the feeling that NuGen would probably give their NuPets inhuman features to set them legally apart from real people and allow them to be legally owned like any pet. I'd like to brainstorm early RP ideas, and maybe work together to create the characters involved, so if things sound good so far, and you're interested in fleshing things out a bit more, feel free to send me a message and we'll talk!
↑ Top
© 2007-2017
BBCode Cheatsheet