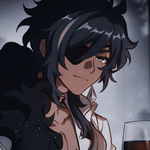 With blood as black as night
shadows will slay warrior and saint
and dark blight shall leave all strewn on the wind.

Storms of ice and blood must lash the unholy,
fangs shall sink into flesh of snow,
crimson will wash ivory fields anew.

When transgressions sigh their rotten breath onto the earth
and the plague of sin weighs heavy on the land,
seek the gem of the dawn sky
to once again find what wanders lost.

╚══════════════╝
​
It is a dark time for the Realm. After seven years of fighting, King Roidnell II of Yveltskr has finally been usurped. In his place rules his younger brother King Leonhardt, an individual who men and women hope will bring the country back from the brink of collapse. Under the banner of the white griffon, the new king claims that Yveltskr will rise to its former glory after the civil war, and stand tall against the other nations of the Realm. This promise will prove difficult to fulfill, as not only a year after his rise to the throne, a vicious plague begins to the very south of Yveltskr. People say that it started in one of the Laguz slaves that got trafficked from Tornabraux. Others whisper that the mages unleashed a vile creature unto the Realm. Some have suspicions that Roidnell cursed his country upon his dying breath... the rumors go on and on.

The disease has begun to run rampant. It works quickly, killing its victims within two days of its contraction and turning them into a morphed, wretched demon. It plagues crops and disfigures livestock as it kills them slowly. More and more sightings of the disease begins to work its way north and south, and time is running out. Yveltskr's first trial in its new era has begun.

King Leonhardt has sent men and women throughout the country in order to gather a handful of reliable men and women that are willing to accept his request-- to go on a journey to find the Dawn Artifact, a legendary stone that's been the subject of many myths and tales. Together, they will travel in search of this mystical piece, which Leonhardt hopes will end the plague and save his people. While the prospect of becoming heroes of Yveltskr might seem tempting for some, these unlikely heroes must traverse grueling landscapes and turn their blades upon both friends and enemies.

2.) In order to join, please be over eighteen. This is a grim and dark setting filled with demonic beasts and violence. Not only that, but I'm not comfortable with roleplaying with people under 18.​
​
3.) Please be a decent roleplayer. Please have proper grammar, be able to write decently, and be able to craft characters that are enjoyable to roleplay with. We are looking for people who are willing to post 3 or more paragraphs per post. ​

4.) Do NOT ghost us. If you need to step away from the roleplay, be honest and let us know. ​

5.) Please be active both IC and OOC. Please post once per week and be active in the discord server that I'm going to make once the roleplay thread goes up.​
​
6.) Not everyone who applies will be accepted. That being said, please take time in creating characters and proving yourself as a good roleplayer for this roleplay!​

7.) We'll be using specific classes from across the games, but we'll be favoring more of the older classes than the newer ones. Keep this in mind when coming up with characters.
Hidden 3 mos ago Post by Cyrania
Raw —

781 posts
in 2597 days
Seen 1 day ago
Bio
Because if it is, I'd be interested in joining. My choices would be between a Kugawa Sollen mercenary of the Junchiro tribe who simply seeks adventure and to help others, a Naasaki Crow Laguz who was captured, enslaved, sold to Yvelstor mines, but keeps escaping and would join the quest for the Dawn artifact if granted his freedom afterwards, or a Faye mage who simply seeks to learn and to prove to those within the kingdom that mages aren't monsters.
Hidden 1 mo ago Post by amissinglink
Raw — 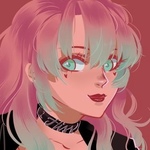 Had a couple that didn't finish.

Really would like to find one and see it through to the end.
Hidden 1 mo ago Post by ShadowSunRisen
Raw —

Bio 17 hrs ago
Guys... this is dead. I'm so sorry but there hasn't been any activity here for the past 4 months until now. I'm not interested in running this anymore, and I don't want anyone stealing my idea either. Sorry.
Hidden 1 mo ago Post by BreathOfTheWoof
Raw —

Anyway, I don't think you can really steal a Fire Emblem rp idea, I've seen like atleast 4 of them running around at some point, so Idk what that means
Hidden 1 mo ago Post by Ambra
Raw —
OP