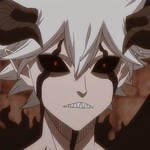 
Asta watched as the young hero placed her hand onto the terminal, speaking to him as she did so. "Mhm, everything is built off of magic, even our technology! My ability is weird though, like I said, I don't technically have any magic." Asta scratched at his chin for a moment as he though about his abilities. "Think of magic like water and I'm a sponge... I don't have magic, but my ability acts as something that absorbs it." He nodded at his explanation, thinking it could make enough sense to the girl. "Though, yeah there are a lot of people who use their magic for bad things so I joined a team of wizards to fight those bad guys!" He did some air punches to simulate him fighting "bad guys".

For a minute, the panel seemed to register Terra's palm as it spoke her name and absorbed some of the wind around them, to present a decent sized portal. "Woah! There's some portal here! Man, where's Finral when stuff like this happens." He blurted seeing the mysterious void appearing in the room. Almost immediately, an arm began to emerge, followed suit by a man wearing a menacing suit of silver and black armor. He certainly had a presence about him!

"Asta..." He said introducing himself to the man who came from wherever the other side of the portal was. "Nice to meetcha, Forever King, sir." He said, watching him bow, before returning the gesture. "Miss Terra here knows more than I do. All this space stuff kinda makes my brain all fuzzy." He rubbed his head, slightly embarrassed but truthful in his tone.

It took a decent moment before a large robotic dinosaur crept through the portal, seemingly following The Forever King, as if being pulled by an imaginary leash of command. Asta severly doubted the creature could be of magical origin, and saw him as another interdimensional entity, whatever that ended up meaning. A drop of sweat dripped down his brow as he watched the large dinosaur-ic creature bring it's attention to him. "Heh... Uh, nice machine monster..." Asta said spoken through a nervously gritted smile. Yeah, this thing was scary.

"You said there was more of your guys? How many guys are left though? I don't know if you counted your metal friend as an ally, but if he is, cool!" Asta looked around the mans body, looking to see if anyone was concealed by his presence. After seeing no one else had been behind him, on cue another man followed through.

He was a tall brooding, stoic man with steely blue hair and an emblem embroidered on his breast. He held a terrifying presence himself as well as his compatriots. Asta turned his attention back to Terra as the newcomer questioned them. "Well, it seems we have been sent here by some magical force, yeah, or some technology none of us understand yet... We have some pals dealing with it in a room filled with screens... Hope they're getting more info outta it..."

"I'm Asta and this is my new buddy Terra! Nice to meetcha too Cyrus." He thought for a moment as he stared back at the portal. "Y'know, now that I think about it, where did you guys come from? Obviously the portal, but what was on the other side? Are there anymore of your friends on the other side?" He asked, his head cocked to the side. 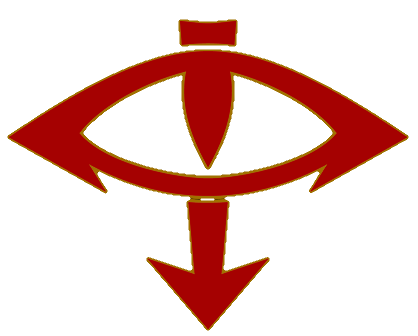 Horus' plan to keep the larger robot contained whilst the others finished it off seemed to have succeeded. The machine died around him as Horus was shoulder-deep in its mechanical guts. He emerged from its ruined underside, his armor scorched and scratched, and stained with chemical lubricants. What's more, a huge, bipedal war machine of some kind seemed to have joined them. His auspex was still functional, and revealed no biological components to the machine. Its construction was surprisingly sophisticated, but the rudimentary materials which it was composed of revealed how primitive its creators were. Horus regarded it appreciatively; it was a fascinating toy.

His interest was even further piqued as it seemed to obey Driscoll's commands. Horus accessed his tactical systems as the others filed out through the portal. His command tether with the Vengeful Spirit was severed, cutting him off from his usual command cogitator links. He wondered, though, if he could use the command tether directly on the robotic dinosaur; using it in lieu of the Vengeful Spirit. He wasn't sure if the primitive cogitators it was imbued with could accept or process his armor's data tether, but he tried none the less. A wireless command link was directed toward the dinosaur's processors; nothing aggressive, yet. Just a simple command handshake request. Horus could afford to take his time, for now it seemed.

Horus was one of the last to follow through the portal, its shape changing to accommodate the terrifying bulk of his armor. His footsteps turned from dull impacts against grass to the gong-ring of metal tile as he stepped from the field into a crowded chamber. A long hall, all with doors identical to the one that Horus himself had just stepped through. And there were others, waiting for them. A boy with a sword, and a girl floating off the floor. Horus' gut instinct was to check for signs of psychic or alien interference, but it felt futile. He was at the mercy of... whoever was here. Now was not the time to make enemies.

"I am Horus Lupercal, Primarch of the Sixteenth Astartes Legion, and Warmaster of the Imperium of Mankind." He proclaimed proudly as he stepped through the portal. "Does any of that... mean anything to you?" He asked, his tone softening as he registered the vacant looks the others were giving him.
Hidden 3 mos ago Post by Eviledd1984
Raw — 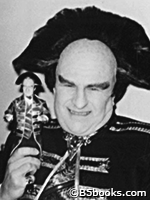 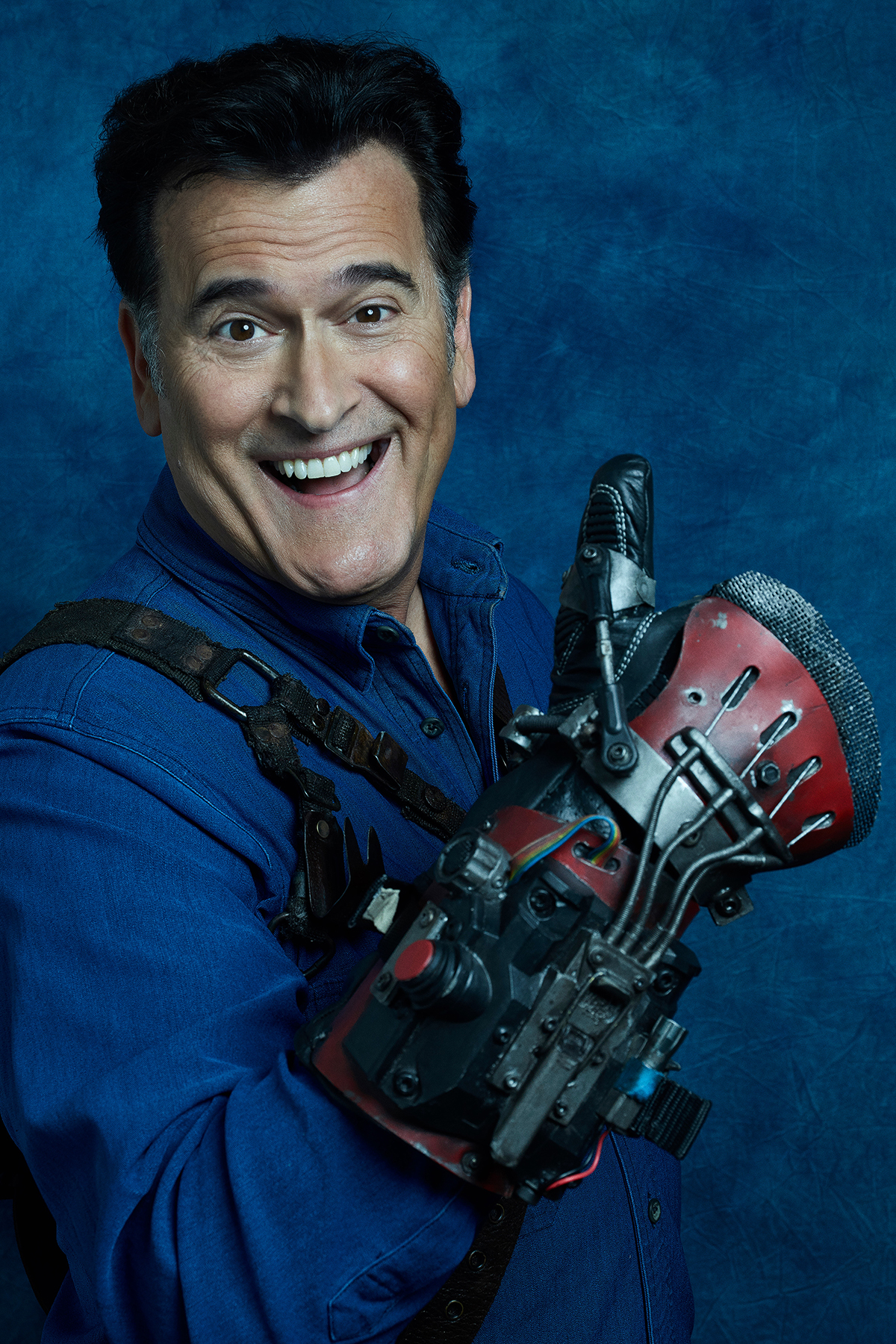 “No idea who brought us here chief, but I guess we could find out if we have a look around.” He answered Data. There was something off about him that Ash could not put his finger on, he was something out of a bad science fiction show. But he could be helpful in figuring out what the hell is going on. “Best we stay as a group, the demons know can possess people so best to keep your eyes peeled.” Ash took a moment to explain who the demons were, just so the gang knew what they were up against. “The demons I fight are called Deadites, there nasty little buggers that were made by a nasty bastard named the Kandarian Demon. They can possess most people by touching you, and the best way to kill em is to chop em up into little pieces.” The older man turned around and headed towards the teleporters, he assumed that the teleporters would let him explore the ship. “Maybe heading to the command centre can give us more information about what’s goin on.”

He was sure that Data or the talking car would be able to figure out how to use the ship’s computer. But knowing him he would try to figure out himself in a vain effort to impress them. Ash was sure glad to have the scary guy in the armour with him, he had a feeling he knew how to dispatch demons. His eyes noticing the shotgun he was pulled out of the coffin, “Nice boomstick, what kinda model is it?” It looked a little futuristic but there was something old school about it that interested Ash.