War in Heaven: Conquest of Gods and Kings

"Have I not (quoth he) good cause to weep, that being as there are an infinite number of worlds, I am not yet the lord of one?"
-On Tranquility of the Mind 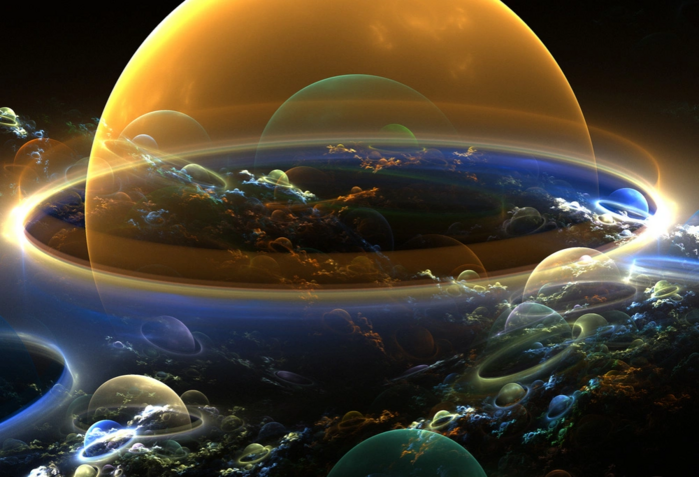 What challenge remains for those that have mastered their world?

Every threat destroyed, every rival beaten, every secret learned, every treasure hoarded?

At the pinnacle of power, with only the heavens themselves still above?

There are those content to rule but a single world as a god or king. You are not content.

You took it upon yourself to break into heaven, to kill the gods and topple their thrones.

But you weren't the first, and you won't be the last.

Heaven is overrun with broken heroes and mad gods, and the lust for blood, gold, control, and power runs high.

Will you join the war in Heaven and fight to carve out a piece of Creation for your own?

Will you protect the world that bore you from the malevolent forces beyond the veil of reality?

Will you fight, or will you die like a dog?

Choose now: be you peasant, king, or god?

The setting for this is sort of a fantasy-styled centralized multiverse. Infinite realities spin about the great wheel of Creation, each one a fully realized World unto itself. Some worlds are just that, a single planet or system. Others are complex-near infinite universes full of mystery and wonder. Others still are folded onto themselves with infinite sub-dimensions and alternate realities. At the center of creation, outside of every known reality, is the city of Heaven, built by the long-dead Old Gods. Originally the mausoleum of the first deities of Creation, it has been picked clean of secrets and built back over itself a thousand times by the haughty New Gods that escaped their home worlds. Heaven is the only place from which Aeon Gates can be constructed, allowing travel between universes and the infinite Void in which Heaven exists. As such, Heaven is a metropolis unlike any in any reality, the festering carcass of a billion worlds. Worse yet is Hell, the foul city built from Heaven's literal underbelly, that hangs precipitously over the Void itself.

The character you play is meant to be the apex/hero/king of whatever world/universe/reality that you call home. Having achieved the absolute pinnacle of power capable in your world, you have escaped that world to achieve even greater heights. As the first being to do so and make the pilgrimage to Heaven, you are considered a representative for your reality among the kings and gods of Heaven. The titles for beings such as yourself are myriad, typically depending on one's individual styling, but counted among your peers are New Gods, God-Kings, Worldthrones, Demiurges, Titans, and much more.

Heaven is a dangerous place, especially for someone as powerful as yourself. Mortals avoid notice, New Gods attract attention. Under normal circumstances, the balance of power in Creation and between the New Gods is arbitrated by the Concordance, an informal alliance of the most powerful among their number, led by the enigmatic figure known as the Aeon King. Also known as the King of Heaven, the First, and the Flamekeeper, little is known about them besides their mastery of science and magic that has allowed them to create Aeon Keys, the only reliable means of travel between universes. Most of the New Gods that break into Heaven and present themselves to the Concordance are gifted with the Aeon Key to their world. This is a powerful and unique magical artifact that not only allows them to build Aeon Gates and bring their world into the multiversal community (should they choose it), but imbues them with the raw power of Creation.

Normally this is the case, but Heaven faces a crisis of unprecedented scale. The Aeon King is missing, disappeared without a trace. Without them, New Gods that appear go unrecognized by the Concordance, and are left to wreak havoc across Heaven and the worlds reachable by Aeon Gates. Worse yet, a power struggle has broken out amongst the most powerful of the New Gods, each seeking the throne of Heaven for themselves. While true multiversal war has yet to break out, the initial skirmishes have already been catastrophic, as worlds burn and entire races are extinguished.

Where do you fall in this struggle? Do you seek the throne of Heaven for yourself, to command the ultimate power in the multiverse? Will you sell your services in exchange for the power and recognition of a greater lord? Or do you hope to protect the mortals of Creation from the deadly whims of mad gods?

The concept is this: you play as the endgame hero from your "world." You finished the quest, beat the final boss, got all the treasure in the world. Player characters in this game have managed to go beyond that, achieving some sort of ascended state, enlightenment, or sheer scientific prowess, and have fully escaped from their own universe.

What they find is Heaven, but not what they were expecting. The place between worlds has long been populated by a thousand heroes from a thousand worlds, New Gods, who have made the multiverse their playground and battlefield in equal, infinite measure. Their attempts at a chaotic, squabbling multiversal society has been held in a tenuous peace, but with the disappearance of the First, the Aeon King, the denizens of Heaven have fallen to squabbling amongst themselves for control.

This leaves you, the player, in the midst of the struggle. Are you a fresh-faced New God, blade still wet with the blood of mortal foes, ready to face new, immortal opponents? Or are you a long-reigning god of the celestial order, determined to retain order in your portioned corner of the multiverse? The options are literally limitless.

And as ever, please, comments, questions, concerns.
Hidden 12 days ago Post by Kassarock
Raw — 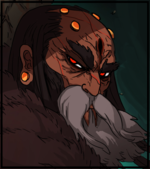 KILL THE GODS AND TOPPLE THEIR THRONES! 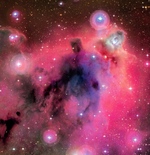 @Kassarock There she is. This should work better, sort of a prelude to the Second Conquest as it were. 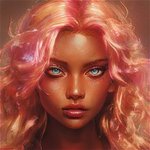 @trenenp Is there a character concept you have in mind?
Hidden 11 days ago Post by King Cosmos
Raw —

I'll be bringing back the spirit devourer that I submitted the last time you did an RP like this. I didn't recognise your name at first, but yeah I'll be trying to make her work again.
Hidden 11 days ago → 11 days ago Post by Dark Cloud
Raw — 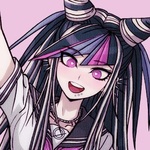 @King Cosmos I'll have to go back and look but consider this a fresh start. New game, new Heaven, new lease on life.

@Dark Cloud Potentially but to be perfectly honest with you the transphobic posturing I've seen you doing on this site is making me hesitant to bring you on as a player.

@Thatguyinastore Care to share any of your ideas?
1x Thank

14269 posts
in 2691 days
Seen 11 hrs ago
Bio 11 hrs ago
@Dead Cruiser Since when have I done that? Not quite sure what you mean. But I'll respect your hesitation, even if I'm not even remotely aware of what you even mean. I think I'll pass then, my apologies for whatever I said.

Edit:
Looking through my posts & the few status updates I post I don't see what you mean honestly, I don't appreciate the idea you think I've been speaking that way. I know and am friends with a few trans individuals, now that doesn't mean I'm saying that the fact I have friends who are trans is in any way an excuse but I'm trying to say that I don't tell other people how to live their lives.

I'm happy that they are being true to themselves, everyone should try to strive to be content with who they are. Anyhow that's my opinion and I just wanted to make that clear. I wish you luck in this new endeavor and thank you for your past work as a GM.
Hidden 11 days ago Post by trenenp
Raw —

@trenenp Is there a character concept you have in mind?

I was thinking about making a character named Malice who was from a magenta and gold planet called Virgil which means flourishing. He's the child of that world's Zeus and Gaia. But when he was born Zeus wanted to kill him because he knew that one of his newer children would overthrow him. Gaia, Hera, Artemis, and other gods pleaded for Zeus to let him live but he did care so, Gaia, Hera, and Athena got together because they felt Zeus' time was up. The three goddesses came together and started to bless Malice with different powers so he could overthrow his father and become The Fourth Ruler of The Sky.
Hidden 10 days ago Post by Thatguyinastore
Raw —

@King Cosmos I'll have to go back and look but consider this a fresh start. New game, new Heaven, new lease on life.

@Dark Cloud Potentially but to be perfectly honest with you the transphobic posturing I've seen you doing on this site is making me hesitant to bring you on as a player.

I just have a few ideas for characters floating around, but nothing concrete yet. I’ll probably have a more solid idea once the proper sign-up thread goes live.
Hidden 10 days ago Post by FollowthePath
Raw —

@Dark Cloud If it matters to you we can discuss it in private, but if it's all the same to you I think we can let the topic lie.

@trenenp I'd rather if we left gods from real-world mythologies alone, I don't want any copies of the Earth in this game. That aside, Malice sounds rather passive in his own story; what would give him the drive to go even further beyond what he already believes to be the throne of heaven?

@Thatguyinastore I'd be happy to answer any questions you have in the meantime, or help you workshop ideas.

@FollowthePath@j8cob Same for you as well.
Hidden 9 days ago → 9 days ago Post by Dark Cloud
Raw —

14269 posts
in 2691 days
Seen 11 hrs ago
Bio 11 hrs ago
@Dead Cruiser I'm comfortable just leaving the matter as is, thank you. Although I very much do not understand (because I just came back nearly a week ago), so if ever you wish to explain I won't stop you.
Hidden 9 days ago Post by trenenp
Raw —

18 posts
in 11 days
Seen 2 hrs ago
Bio
@Dead Cruiser
Would you mind helping me come up with a better backstory for him?
Hidden 5 days ago Post by wikkit
Raw — 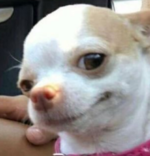 23 posts
in 48 days
Seen 8 hrs ago
Is there any limitations on what kind of universe a character can hail from? Is it specifically fantasy-only?
↑ Top