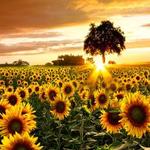 2 posts
in 52 days
Seen 3 hrs ago
Hi, my name is Aaru! I am currently on a bit of a hunt for some new people to roleplay with, as my long term partner has had to take an indefinite break due to real life things. Bellow I am going to list some stuff about myself before you jump too far ahead. Don't be afraid to ask questions, I usually don't mind answering! This is also more than a little messy, I apologize.

Well, if you are still here after all of that, here are a few hiders with things I am interested in, some possible plot/character ideas, etc. Please take note, I dont mind mixing these things together! It doesn't have to be one solid RP based off this one thing- it could have multiple or even ones not listed. Just ask! I am not going to list any pairings, but if you have any thoughts on them, just pass the idea along.

One Piece
Eleceed
Kaiju No. 8
My Hero Academia
Wolf's Rain
Mercy Thompson Series
Warrior Cats
Solo Leveling
Warcraft Universe
Pokemon Mystery Dungeon
Pokemon
1. Archives of the Unknown: An agency ran by someone that protects humanity from non-humans. Non-humans work/live within the facilities of the agency. Recently there have been some new rule changes and new additions to the staff- actual humans! No one in the agency is entirely sure where these new humans will fit, but the humans themselves are fairly determined to make their mark on the agency and find out all they can about the unknown that is suddenly before them.

2. Kingdom of Dragons: Your typical magic medieval story, centered around a Kingdom and its royalty. The kingdom itself is overall a very nice to place to live, good things going on here. Unlike other kingdoms of the realm though, this kingdom has draconic companions! Usually it is only royalty that has a dragon companion- as dragons are highly intelligent and loyal creatures, they take their duty to the crown very seriously. The dragons can turn human and likely spend most of their time as humans- as it is easier to assist their mortal counterparts in the court and the alike. Maybe young struggling royalty? Or perhaps a peasant has earned the loyalty of one of the courts dragons?

3. Adventures Beyond: Bla-bla-bla something space war with two warring races. Bad things happen and one of each of the opposing races end up stranded/abandoned somewhere and must work together to escape/survive. Could be an interesting scenario if it was on Earth or an Earth-like planet!

4. Murder Game: A game of murder, basically. Its a huge world wide event where people are nabbed from all over the globe and thrown into a challenge where they must kill to survive- or by the graces of all that is unholy, by someone elses will. Lots of character death, potential angst, and maybe a happy ending for one character or two?

5. Of the Night: Long story short, people have two faces. One during the day, one at night. Daytime is when everyone is human, Nighttime is when everyone turns into a monster. The two 'worlds' are vastly different and people are often very different than they are during the day. People generally don't need to sleep. Would be interesting to have a character that doesn't change!

6. The Sacrifice: A village of humans sacrifice people every full moon so the local werewolf pack doesn't bother them. Maybe something changes and the sacrifice doesn't work one full moon? Maybe the sacrifice this time is actually a friend of one of the wolves unknowingly? Possibilities are endless!

7. Complexities of Death: Someone dies too soon an ends up having to go on some entire journey to try to return to the land of the living. Unfortunately, the Reaper assigned to help them is a bit of a dunce!
Please PM me instead of replying here!