Member Seen 7 days ago
Coltshan
174 posts
in 1663 days
Seen 7 days ago
It is the year 0083, one year before the conflict that would be called the Gryps war. The anti terrorist and Spacenoids militant remnant hunting group has come into power as the gain power, influence, and control of earth and space. Their heavy-handed tactics causing great distrust and resentment from their Spacenoids colonists they're supposed by protecting from those the Zeon Remnants who caused war almost 7 years prior. An new Zeon Remnants hunter core composed of Newtypes, Cyber Newtypes, and trusted Titans pilots would soon be rolled out to the battlefield, not just against Zeon remnants but also against the Anti Earth Union Group, space and earth bound people who wished to oppose the Titans. But whom would come out on top of this approach ling conflict, who could say?

Looking for people to do an rp inspired by the Gundam 0080, Zeta and ZZ series. But can be good for people who like Mecha stuff in general if they don't know Gundam very well. Feel free to comment or dm if interested.
Hidden 4 mos ago → 4 mos ago Post by Goose
Raw —

32 posts
in 130 days
Seen 13 days ago
I love Gundam, but as a Gundam fan I have to say: I'm concerned that you seem to want to include Newtypes at all, or worse yet, as PCs.

What exactly are you thinking in regards to storyline or storyboard, other than potentially fighting Zeon remnants? Will you include characters from the series? And specifically, do you intend to include Lalah Sune?
Hidden 4 mos ago Post by Darkmoon Angel
Raw —

She sort of becomes a Force ghost who continues to resonate and communicate with Amuro during his fights with Char and whether she finally “passed on” after their final battle is up to interpretation.

She sort of becomes a Force ghost who continues to resonate and communicate with Amuro during his fights with Char and whether she finally “passed on” after their final battle is up to interpretation.

Member Seen 7 days ago
Coltshan
174 posts
in 1663 days
Seen 7 days ago
Characters can be Newtypes or Cyber Newtypes but nowhere near the level of Amuro, Char, or Kamille. And the stories events take place on different fronts of battle so no direct interaction with other characters.
Hidden 4 mos ago Post by Goose
Raw —

32 posts
in 130 days
Seen 13 days ago
Yeah, I'm not sure my issue with Newtypes is necessarily their power level, but the vagueness of their powers. The series never truly explains exactly what a Newtype or CyberNewtype is or can do, but many Newtype powers are or could be problematic, so...

If the point of the RP is: Newtypes and CyberNewtypes are slightly stronger, have quicker reflexes, better resistance/endurance than a normal human and are therefore better MS pilots, while forgoing their actual magic, then I'm likely in.
Hidden 4 mos ago Post by Martian
Raw — 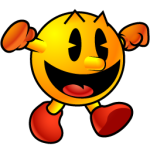 696 posts
in 959 days
Seen 13 days ago
While I'm not really familiar with the Zeta/ZZ era, I am a Gundam fan so I would be up to hunting down Zeon remnants. I'm probably not going to play as a Newtype just to make things simpler.
Hidden 4 mos ago Post by Coltshan
Raw —
OP

Member Seen 7 days ago
Coltshan
174 posts
in 1663 days
Seen 7 days ago
Would you prefer an an original Gundam inspired setting or anything? I'm flexible so I can switch things up.
Hidden 4 mos ago Post by Goose
Raw —

32 posts
in 130 days
Seen 13 days ago
Honestly, I think the current idea is a good one. Nobody likes Zeon, so it'll be fun to hunt down the remnants. Gives us a strong base of operations, access to MS engineers, and a straightforward mission.

If we wanted to do something original however, I'd suggest a set-up similar to Gundam Wing at the start or IBO.
Hidden 4 mos ago → 4 mos ago Post by Darkmoon Angel
Raw —

859 posts
in 2284 days
Seen 11 hrs ago
I’m fine with any option honestly. Do have one question though, how are the MSs going to be handled? I’m guessing we’re not getting Gundam suits right off the back, so are we choosing from the grunt/officer class suits in the Z/ZZ era? (Ex: Nemo, Marasai, Gaza-C, etc.)
Hidden 4 mos ago Post by Coltshan
Raw —
OP

Member Seen 7 days ago
Coltshan
174 posts
in 1663 days
Seen 7 days ago
Open to other suits as well if you have ideas.
Hidden 4 mos ago Post by Martian
Raw —

696 posts
in 959 days
Seen 13 days ago
I'm fine with having this RP be Zeta era. I'm mostly familiar with the One Year War and Unicorn bits of the Universal Century, but I have also seen Iron Blooded Orphans, Seed, AGE, half of 00, and I do intend to watch Wing and Witch from Mercury. When it comes to the suits mentioned I think those would be good to start with. I'm down with the idea of starting with grunt suits, and the maybe have Gundams later. Or we could keep it grunt suits only to maybe have a grittier take on the Gryps Conflict. I don't know, that's just my idea.
Hidden 4 mos ago Post by Coltshan
Raw —
OP

Member Seen 7 days ago
Coltshan
174 posts
in 1663 days
Seen 7 days ago
Im more familiar with One Year War but thought people would want more advanced era for suits. To be honest this is more of an interest check so I can do anything
Hidden 4 mos ago Post by Martian
Raw —

696 posts
in 959 days
Seen 13 days ago
Again I'm cool with Zeta era or really anything else as a setting. The only setting I would outright say no to would be that one series where they fought by using Gunpla model kits. Didn't really care for that one.
Hidden 4 mos ago Post by Coltshan
Raw —
OP

696 posts
in 959 days
Seen 13 days ago
I'm more comfortable in group RPs, but it seems there's a lack of interest for this. So I'm going to bow out for now until there is more interest in doing a Gundam RP.
Hidden 3 mos ago Post by Krash
Raw —

96 posts
in 254 days
Seen 1 mo ago
Bio
I'd throw my hat in but I'm not too familiar with post Zeta as I haven't finished Zeta. I feel that Gundam RP is difficult as there's always the balance between power trips and storytelling. Especially the later iterations.
↑ Top
© 2007-2017
BBCode Cheatsheet