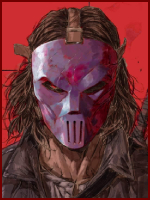 I'm a Man looking for a Woman 1x1 RP partner. I prefer players over the age of 18. I do like the possibility of romance being explored in a story, but I am far less interested in smut. If a scene like that comes up, I'm open to playing it by ear, but I assure you those types of scenes are not ones I'm going to be directly aiming toward.

I like a variety of genres, which I will explore a little further. I prefer high-casual to advanced stories. I like character development, adequate writing prowess and several paragraphs within a single narrative contribution. I want a partner who is motivated and fairly active. I would hope that we could each get in, at minimum, 1 entry per week.

While I'm about to lay out some broad genres that we can explore, I'm very open to any storyline and plot ideas that you might like me to consider or even getting into some brainstorming sessions that we can both come up with from scratch.

My schedule lately has been less than predictable so I have tried to make sure that all the players that I RP with are in the know and aware of any time my offline happenings are going to affect my online availability. I will provide you that same courtesy and I ask that you return the favor. If you're not liking how the RP is going or feel as though you can no longer maintain activity, please just let me know. I won't give you a hard time. This is supposed to be fun and I want it to be enjoyable for both of us. If one or both of us aren't having fun, then we should totally hit the brakes and either come up with a remedy or cut our losses. There will be no hard feelings, either way.

Magic, Modern times, Medieval times, swords, elves, orcs, dwarves, royalty, castles... I like Fantasy. In a genre where anything is possible, it's hard not to gawk at the vastness of possibilities. Maybe we're enemies. Maybe we're friends. Maybe we're combining forces to take on a great foe. Maybe we are eachothers' great foe. It's hard to put together prompts just because, in this sort of genre, the possibilities are quite literally endless. We could potentially even dabble in a fantasy-inspired futuristic setting. Elves In Spaaaaaacee!

For one reason or another, the world has gone to shit. Zombies? Aliens? The destructive nature of humankind itself? You and I survived by one means or another and now we've got to figure out how to stay alive in this world turned upside down. Can we do it or are we destined to share the same fate as our fallen brethren?

It's a bird... It's a plane... It's you! And Me! Or at least one of us! We're in a world where superpowers exist and at least one of us, if not both of us, has them. What will we do with those powers? Are we even good guys or are we villainous? Does our story end with butterflies and rainbows or do the credits start playing after you and I are sitting on a throne after having ultimately dominated the planet? The options are legion!

Now here is one that may require a list. Note: I'm just listing fandoms off the top of my head. If you're interested in trying something that isn't specifically listed, hit me up! I'll let you know if I'm down. But don't shy away just because you don't see your particular thing listed below.

Werewolves, Witches, Ghost and Vampires... Technically all still belonging to the Fantasy genre, but Horror, in particular, is an attractive outlet in my opinion. I've always wanted to be able to hone my writing enough to actually induce chills and scares. I've got a long way to go, but the journey is fun! Do you want to confront the things that go bump in the night? Do you want to equally come up with a compelling story or would you prefer to be a tourist in a world of nightmares that I orchestrate for you to explore, or vice versa? Are we both creatures of the night or are we victims of the terror?


If any of these seem compelling or if you have an idea of a similar flavor, let me know! I'd love to build a world with you that we can both enjoy living in. In any case, I hope everyone finds what they're looking for. Cheers!
1x Like

Isaac Through Hell and Back

Member Seen 4 days ago
Isaac
Through Hell and Back

Thanks for all the submissions and proposals! For now, I am overwhelmingly blessed with opportunity and should shut this down. I have a Group RP that I am committed to and I want to embrace about two 1x1 RPs with the right writing partners and the results have been amazing. I will continue to be transparent about my schedule and our compatibility and please understand that there isn't a No, just a Not Now. Thanks very much and I will make final decisions soon!
↑ Top
© 2007-2017
BBCode Cheatsheet