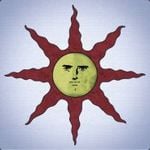 965 posts
in 2769 days
Seen 3 hrs ago
Besca’s head slumped down between her shoulders, and she nodded slowly. “That’s what I was afraid of,” she said. “‘Cause I have absolutely no idea what this means.”

With a tap she killed the screen, a few more saw the files resealed. The only eyes that needed to be on this now were hers and the research team—and even they’d need to be kept in the dark on most of this mess. There wasn’t much to keep from them, but what secrets there were, were necessary.

She stood back upright, cleared her throat. “Focusing on what we do know—this is gonna break soon. Helburke probably already knows that’s Dammerung, and it won’t be long before some history buff gets a stable frame from whatever footage survived, and figures it out as well. That’s all…fine. Like I said, Saviors have been reclaimed before, and there’s no reason for anyone to assume that’s not what’s going on here. The only people in the world who know that thing spoke to you are us, and Follen, and for now I think we need to keep it that way.”

“But…” Dahlia muttered, face pinched in thought. “We can’t just do nothing. He’s—its—hunting her.”

“And it’s not gonna get her—not unprepared. Quinn, hun, for the time being you’re staying on the Aerie. If you go planetside it’s gonna be in Ablaze, alright? Hey,” she came over to Quinn, placed her hands on her shoulders. “I watched you take on a pilot and a Modir on your first fight. You’re…” Push through it, she thought. She needs confidence, not regret. “You’re good, alright? You are. The next time this thing shows its face, you’re gonna make it wish it hadn’t.”

It twisted something inside of her to compliment Quinn’s piloting abilities. The whole idea was still revolting, and she loathed the idea that Quinn might begin to believe this was what she wanted for her.

Besca hugged her, pulled Dahlia in as well, and then broke away. “Okay, she said, heading for the exit. “I’m gonna go lie to the Board. Starting now, I want you two to prioritize sims in your training. Dammerung might be a Modir now but it still fights like a Savior. Deelie, she’s in your hands.”

“Y-yeah,” Dahlia said, managing only a small wave as Besca left them in the room. She sat down at the table, face still a mangle of confusion and worry, and squeezed Quinn’s hand. “You…you okay?”
Hidden 2 mos ago → 2 mos ago Post by Lemons
Raw —

Lemons Resident Of The Bargain Bin

Member Seen 3 hrs ago
Lemons
Resident Of The Bargain Bin

The world felt very small, and very far away. She was being chased, hunted, by an Aridean prince. On some level, she knew it wasn't really Eain. Like Besca said, it was just...an echo of him, a Savior that had gone back to the other side where it came from and come back again. She knew it. On every level that mattered she knew it. It wasn't Eain anymore. It just couldn't be, as a simple fact.

Then why could it talk?

She didn't get it. And it made her want to think of it as a person. The Modir spoke with his voice. It fought like a Savior. It fought with his sword—

What was it that Dahlia had said at lunch before the duel? Before she discovered that she was being hunted? That it was all her fault?

The weapons are supposed to be—

"Deelie," She spoke with a new urgency in her voice, and both she and her voice were shaking as she put her hand down gently on top of the table, wishing that she could bring up the image again, just to make absolute sure. But it wouldn't have changed anything, because she...she was sure. She would never, could never, forget that sword. The way the fuller had gleamed like fire as it hung above her head, and the crash as it slammed down—

She was hyperventilating now, and she closed her eye, steadying herself on the table and doing her best to stay in the present moment. "Deelie, our weapons are supposed to be us, right? Not—" She cut herself off again, wishing that she wasn't about to ask the question that was dancing on the tip of her tongue. It felt important. Very important. Important and scary, because it meant something was wrong, something was really wrong. A familiar dread was welling up from deep within her too. The other her was...was really afraid. And that just made it worse. "But if the weapons are supposed to belong to us and not the Modir, then..."

"Then how can it have Eain's sword?"
Hidden 2 mos ago Post by Mcmolly
Raw —
GM

965 posts
in 2769 days
Seen 3 hrs ago
Dahlia’s face went pale, Quinn could feel her hand beginning to clam up. Her mouth opened but when no words came out, it shut again. She shook her head. “I…” her voice dribbled from her lips, muted and unformed.

Why did it have Eain’s sword?

“Maybe…” her mind raced—no, more scrambled—for an answer. There ought to have been one, she figured. Centuries of history and research had gone into studying the Modir, so surely, surely this had happened before. There had to be precedence, and she just wasn’t well-read enough to know it off-hand.

Get it together, she thought, harshly. You’re going to scare her if you don’t get. It. Together.

Dahlia took a breath. “Wherever…wherever the weapons come from, you know, when we pull them, or when we send them away—we don’t really know where that is. And the Modir do have weapons. Could…could be that they just…waited ‘til Eain was dead. It’s a good sword, isn’t it? Could be they waited. Or…” She let go of Quinn’s hand, but got up to stand beside her instead. “Maybe it just…thinks it’s Eain, still. There’s probably studies on reclaimed Modir, but…well, you know what it feels like in there—with the Circuit. How could anyone really know what happens after? If we get absorbed, well…part of us has to still be there then, right? So, yeah, it…maybe it thinks it’s him. Or it’s fooling the weapon. Or…”

She sighed, suddenly and inexplicably frustrated with herself. “I don’t know. But you know what, Quinn? I don’t care.” She looked down at her, eyes hard and reassuring. “Swordsman, Dammerung, Eain—I don’t care who or what it is. It can’t have you. You’re my sister, and I made you a promise. So it can’t have you, and that’s just the way it is. Besca’s right; it better think twice about showing its face again, cause if it does, we’re gonna mulch it like the monster it is. Together.”
Hidden 2 mos ago → 2 mos ago Post by Lemons
Raw —

Lemons Resident Of The Bargain Bin

Member Seen 3 hrs ago
Lemons
Resident Of The Bargain Bin

1222 posts
in 3185 days
Seen 3 hrs ago
Quinn looked up at her sister, at her silver eyes that were so flinty and jagged, but so warm too. Deelie was right, as usual. It didn't matter. It wanted to take Quinn away, away from her family and away from her home, and just the thought sent a thrill of fear racing up and down her spine in wave at once freezing cold and burning hot.

It didn't matter. And every one of the reasons Dahlia gave made sense. But still, the thought stuck in her mind like a burr, and wouldn't be shaken loose so easily.

She reached her still-trembling hand out, clutching onto Dahlia's again as she sat down with a thump. She squeezed her eye shut tight and dropped her head into the remaining hand, resting the elbow on her knee. Deelie's hand had warmed up again. The clamminess was gone and her voice was sure. She would keep her promise. She always kept her promises.

God, so much had happened today. Too much. She'd visited Roaki. She'd had a nightmare at lunch. She'd had good dreams with Safie. She'd gone down to the interview. She'd messed the interview up. Now this. It was all just...so overwhelming. She was tired. So tired. And in the sudden silence, the sudden stillness, the past few months finally managed to catch up, and blew over her like a hurricane.

I just want to sit here, I don't feel so good. I think I might be sick.

Her breathing grew heavy and ragged.

Tears suddenly poured from her eye as her heavy breaths turned to shuddering sobs.

One after another the images came and the words and thoughts chased after them, cramming themselves into her head so hard she felt like it would burst. She squeezed Dahlia's hand tighter, tight enough to hurt, and leaned into her as she cried.

Her first phase.
Realizing that they had lied to her.
Her family.
How hard it had been to hit Deelie the first few days.
The grueling training.
The dreams.
Pulling the cannnon.
The duel.
Roaki.
The swordsman—Eain—Dammerung—

The staticky thoughts finally trailed off, and she was back in the briefing room again. Her tears were still running fast down her face. She hadn't realized it, but she'd been running towards the future so fast the past—even the present—hadn't been able to catch up. But sitting here with Dahlia and Besca, looking at the thing that had nearly killed Roaki, her sister, and her—

It was all just...too much.

And so she kept crying.

At some point Dahlia must have sat, because her head was lying on her lap. But it was all such a blur it was hard to understand what was going on.

She cried for a long time.
↑ Top