It's 1930, and the light of the gilded age has faded. An age of excess and luxury has collapsed to a decade of poverty and despair. Faith in governments and economies across the world has fallen, and millions of lives are left lost in a maelstrom of economic turmoil, fanatic ideologies, and the heartbreak of a promised bright future turning into a nightmare. The promises of growth and wealth have come to naught, and now everyone must find a new place in this turbulent time or risk being swallowed by the waves of change.

That's the story on the surface, as everyday people understand it. Unknown to them there are hidden actors pulling the strings from underneath these waves. Ancient and powerful spirits and gods call from their retreats for a great new spiritual age as the light of Christianity wanes. The gods and goddesses of old demand to walk the earth again, and for their names to be on the lips of new followers. Some seek devotion, others blood and revenge. They poke and pull at the veil separating our reality from theirs. They cause loving husbands to murder their family, devout priests to curse their God, and committed killers to renounce their ways and devote themselves to new purposes. Monsters reappear in corners that humans dare to tread. New religious cults are arising, for Athena, Mars, Odin, Eris, Ra and other classical mythological figures. They claim to wield incredible magics and powers from their familiar gods, and are eager to show the world what they are capable of, both good or bad or inbetween. Existing religious orders in Christianity, Islam and Judaism reject these uprising revivalists as demons and lunatics. The chaos in the material world reflects the spiritual, or maybe it's the other way around.

The walls between worlds is crumbling, and anything can come into this reality.

You find yourself caught up in this storm and left with two choices. To either let yourself become a victim of circumstance and see how this wind will take you, or to dare to try and lead the charge and make a stake for yourself in this era of depression and violence. For some this is a nightmare, for others it's an opportunity.

New Haven is a fictional city set off the coast of California. It is considered the jewel of the west coast and a achievement creating a flourishing modern city out of what was once a set of grassy hills and untamed woodland. New Haven is on the cutting edge of society, technology and culture. A burgeoning film and radio industry, aeroplanes and automobiles and one of the hottest immigration spots in the world. It is also directly on the frontline of this spiritual and material cataclysm that's befallen civilization, as both the worst of the depression and religious agitation can be witnessed here.

In this setting a detective agency has been established by an ex cop and catholic priest to begin to investigate and solve the crime epidemic related to the ongoing crisis. Unofficial and with very little public backing, this agency is on the frontlines in attempting to make sense of the coming apart world around it. Montag Detectives Ltd have contacts in this world and the next and are often visited by all sorts of potential dangers.

Your characters are potential recruits for the new detective agency, and may be whomever you wish. Other than having a reason to work and try to solve cases, your character is mostly up to you. Here are some starting rules to help get you started.

On how the myths will work for your characters, each character has a god or goddess they may worship and commune with. This can give them benefits and perks of all sorts depending on what god they communicate with. For example, a character who has chosen Ares would do better in battle while an Aphrodite follower would be more charismatic. Gods aren't collectible cards though, and will require favors and tasks of you in order to maintain their good standings. You can also switch your chosen gods and follow whomever you please of the major pantheons, just keep in mind this can easily anger whomever you left behind. The benefits you get and the relationship with your chosen deity are largely up to you as well and subject to approval.

The only do nots are to not make characters who are omniscient, time warping, or other powers that are too much for a detective style premise to maintain.

I look forward to seeing all of your designs. There is only room for about six people max planned for right now, so please do not take it personally if you are not selected.

Bio
Bump.
Hidden 3 mos ago Post by Dreaming One
Raw —

Member Seen 22 hrs ago
Dreaming One 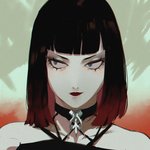 473 posts
in 2127 days
Seen 2 mos ago
Is there still room left in here? I really enjoy this concept!
Hidden 3 mos ago Post by ajeatstoast
Raw — 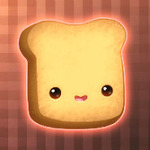