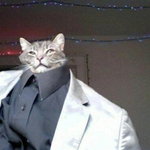 The town of Woodside borders the vast frontier of the Hinterlands, making it a premier spot for up and coming adventurers. With the town only being founded ten years ago to this day development has only just reached the capability of supporting the one thing that would make it finally accessible.

With that, it will open up the Hinterlands for further exploration and adventure to discover what our ancestors left behind in these ancient lands untouched by anykind for so long. Of course, developing a branch will be a bit difficult but a suitable spot has been found.

Ruins long forgotten by past failed settlers pose the perfect place to set up a Guild Hall and you brave adventurers have come here for first dibs in creating something grand.

There are many names for the world. Ask any citizen and they'll have their own opinion. Religions and scholars can give you hundreds of answers as each culture developed their own understanding. Much has been lost in this world so most disregard the past and have come to call it Fragment.

Until recently in the grand scheme of things, people have scarcely managed to build much. Cities rise and then fall, culled by the environment around them. You see, our world was cursed. Horrible beings known as 'Monsters' in the common tongue ran rampant. These creatures were spawned from the very mana that makes up our world. They still are.

But the worst of them all were the Calamities. Inconceivably powerful beings that ruled their kingdoms of ash. They sought not but fuel in the form of anything and everything around them. For generations these beings roamed, scattering civilization in their wake as they went. At least, that is until The Guild was formed.

Pick any random passersby on the street and ask them if they know of 'The Guild'. There's a high chance they're going to say yes.

The Adventurer's Guild as many call it (though the name changes depending on culture, language, or race in most cases) started roughly two hundred years ago. Twelve individuals, each of a different calling, joined together to put an end to the Calamities. On that day, these twelve people formed the first Adventuring Party.

Of those twelve, only one remains to this day. The Founder of the Guild, the Immortal Swordswoman.

She, together with the other eleven heroes of old, united all of the peoples together to fight against the monstrous tide that threatened to snuff the light of civilization. Afterwards the foundations of the Guild were set and lead us to today.

Now, a Guild Branch exists on each continent, in many cities, and often some towns. Adventurers may have existed before this event, but now they are truly called a respectable profession.

Today, the Guild is responsible for managing adventurers, giving out quests, regulating hunting, and managing monster populations. A lot of work goes into making sure the whole thing runs smoothly and you can thank your local Guild Manager for that.

This game will be using a little old system that I've come up with titled Weavers & Wyverns.

While you can peruse the document to your heart's content, I will explain its function briefly here. The way the game works is you have four separate dice pools of varying sizes that each use a number of d6s. When you face an obstacle or challenge you will be rolling against a predetermined difficulty check.

You also have a resource called 'Mana' which you can use to increase your dice pool to succeed at checks of a higher difficulty. Together with Talents, your pools will grow and allow you to face more challenging threats.

This system still being in its infancy will require a bit of help on your part. If you have any suggestions or thoughts send them my way. And in the end, my goal is to not have you roll for everything. If your character wants to do something you think they can reasonably do then go ahead and do it without a roll.

On the topic of roleplay, I penned in both 'Casual' and 'Advanced' in the tags. Personally I would prefer to run this at a 'High Casual' standard where there is a good amount of depth but also room for simpler posting if the current situation doesn't require it. While I consider myself to be a decent writer, I don't want to ask for pages upon pages when a short and sweet post can do the trick.

I haven't been on this site in 7 years. Time has been... an experience. There have been ups and there have been plenty of downs. I've changed quite a bit since my last visit here. My writing has evolved and developed as well. Somewhere along the line I drifted away from this style of rp.

But I always remembered this place fondly, even in my youthful memories.

So I've decided to come back here and try something new. With the new year in place, I wish to try and make more good memories to outweigh the bad. Either way, if you're interested then I thank you. Hopefully this RP can have some good times.
1x Like

1009 posts
in 3298 days
Online
Bio
Glad to hear it! If you have any suggestions or thoughts about the system you can add a Comment via the google docs or just post about it here.
1x Thank

Talents:
• Armory of Intrigue: Scheming and trickery are Fawkes' weapons of choice. If he enters combat at full health, he can use his intrigue pool in place of his skirmish pool. However, should he take any damage during the fight, Fawkes will have to use switch back to his skirmish pool as his enemies catch on and his lies crumble around him.
• Exit Stage Left: Some may call it cowardice, but Fawkes calls it common sense. Any roll Fawkes makes to flee from danger is made with a 2d6 bonus.
Hidden 8 days ago Post by SirBeowulf
Raw —
OP

1009 posts
in 3298 days
Online
Bio
Looks alright to me! Provided we can get enough players (probably a minimum of four) I can release more information on the setting so you can all make your characters backstories and personalities. For now, Fawkes seems good and I'll await seeing what you do with them.
Hidden 8 days ago Post by Neianna86
Raw —

Member Seen 1 day ago
Neianna86
207 posts
in 2794 days
Seen 1 day ago
Though I am not familiar with the system, I am willing to give it a go as your premise sounds fun.
Hidden 7 days ago Post by Dark Cloud
Raw —

Vertigo that's all she wrote

Vertigo
that's all she wrote 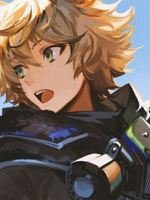 1009 posts
in 3298 days
Online
Bio
Thanks! Simplicity and ease of use was the point of the design, so I'm glad it comes through adequately. Since we've got enough interested players I'll give it until tomorrow to see if anyone else wants to hop along for the ride. Tomorrow evening some time I'll go ahead and make the OOC.

One thing I must ask: should I create a Discord server for this? I've seen other RPs using one and wondered if people here would prefer that.
Hidden 7 days ago Post by rush99999
Raw —

One thing I must ask: should I create a Discord server for this? I've seen other RPs using one and wondered if people here would prefer that.

I don't think a Discord server is necessary. But if anyone wants one, I won't object to it.
Hidden 7 days ago Post by SirBeowulf
Raw —
OP

1009 posts
in 3298 days
Online
Bio
We shall see. On the topic of the game, I received some good questions from Neianna and I've got their blessing to post them here to help you all understand things more.

1) Do we have a certain set of races/talents to stick to?
2) How about filling in the pools and where we can use the 'free' point, is it purely meant for either HP/MN or could we add it for example to one of the four pools. Are we to stick to amounts you provided for the pools or can we mix those up too?
3) What about the world's history, can we add a bit of our own to fluff up the character's backstory?
4) Are there any No-no's in regards to weaponry? I assume we have those...
5) Equipment, time/period I have to keep in mind and do we need to mind that or food/hunger?

1.) There is no limit to the race you can pick. You can be whatever you want. Slime person? Sure. Shadowy creature from the shadelands? Sure. Standard Elf? Go ahead!

Provided they can be considered near human level in terms of capability and skill by natural means you can be whatever you want. If you want your character to have a specific racial boon you can use one or both of your Talents to enhance their natural capabilities. As for talent limitations, generally basic talents will boost an activity by 2d6 or alter the way a roll works. While it is up to me to determine balance, you can come up with what you'd like for talents.

2.) During character creation you gain two 'free' points that you can put one into your four pools and one into either your MP or HP. This means that you could start with 6d6 in a pool and 4/4 HP. Standard variation for that sorta thing. The two points can't be mixed, so no having 7/7 MP.

3.)I will be releasing a more expanded lore section in the OOC, but the majority of the world will remain unexplored to allow for people to come up with their own backstories. The basic gist you should know is that for most of the world's history large settlements have been plagued by monstrous beings. Two hundred years ago a group of Adventurers linked up and put an end to that problem. Since then, people have been rapidly expanding to fill in the world and have settled on most of the continents.

4.) Weaponry is completely up to you! If you wish to be a wizardly sort you can wield staves or talismans or orbs or what have you. Unless it's a talent, your equipment doesn't particularly change your stats unless you're creative and provide a solution to a problem that I would apply a bonus to. Later on in the game I will gift magical equipment that will improve statistics.

5.) In the same line you can generally just have your character carry around whatever you think is reasonable for them to have. Tech level is pseudo-medieval, burgeoning renaissance in places. If you're dead set on some kind of tech or gun, just slap some magic to it and call it a magitech gun.

Survival won't be as much as an issue. Most of your problems will come from navigational issues and dealing with terrain, not having to chew on your boots for sustenance. If an area is scarce in wild game and forage you will know ahead of time and can prepare.

I will be expanding on these questions and more when I create the OOC thread come tomorrow.
1x Like

Feel free to hop on over, and I'll have the character sheet template done soon enough.
↑ Top
© 2007-2017
BBCode Cheatsheet