Bio 1 day ago
Figured to make a thread for this since WOTC just released an official statement on the new OGL controversy a few minutes ago. Surprised we didn't already, tbh. Anyway, for those curious: 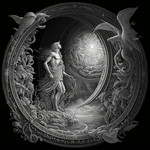 Bio
>The best thing they could do is just nix the OGL completely. More companies should abide by, in some cases naturally, "If it ain't broke don't fix it." From what I was aware of DnD was fine before. Then they go ahead and introduce a poorly worded change and here we are one massive controversy later.

>It's like how Deep Silver recently updated Saints Row 4 to require an Epic account just to do multiplayer because of how they changed crossplay, not to mention all the bugs the Re-Elected edition introduced. Sure those have been fixed from what they say, but the change didn't need to happen to begin with, and all they did was piss off people who still played the game. Myself included. Especially since that change remains when you switch to the legacy branch.

>If you need to "innovate", go do that shit in a separate product. That way the product or service people frequent your business for won't tank because of it. Basically don't shoot your cash cow, don't cook your golden goose.
Hidden 9 days ago Post by BangoSkank
Raw —

892 posts
in 2099 days
Online
Bio 1 day ago
They stepped back from a lot of that agenda almost immediately right after the reaction to that leak. Bunch of folks quit DND Beyond. Enough that they made the page for closing your account stop working to prevent people from quitting. And then did the same to the Google Store page too.

They've kinda undone the immediate damage now, but companies like Paizo who are already in a position too and big/small companies that want to be sure their IP is secure will likely stick with the idea of making their own systems.

Moderator
9472 posts
in 2520 days
Seen 1 hr ago
Bio 1 day ago
WoTC has been doing shitty business practices for years. I'm surprised it took this for people to really throw down with them, but I'm glad. I think at the end of the day, this is good for the ttrpg community.
3x Like

It was intended to force homebrew to follow their ideological limitations...

But mostly it was intended to make any IPs developed with their systems into their IPs, and to give them a chunk of the profits for whatever books companies like Paizo or whatever might sell.

It wasn't intended to ban homebrew.

It was intended to force homebrew to follow their ideological limitations...

But mostly it was intended to make any IPs developed with their systems into their IPs, and to give them a chunk of the profits for whatever books companies like Paizo or whatever might sell. 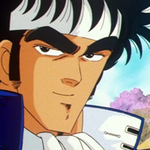 Bio 1 hr ago
Arena:
0 / 0 / 0
My theory is they intentionally leaked the first draft of the draconian version of 1.1, to gauge specific backlash.

AKA they figured they'd go to level 15 in fuckery in the leak, then go "ohhhh no that was never our intentions" and only go to level 11 in the final product.

Ask for all the shit you know you can't get. Then pretend to be pulling teeth as you give up as few of the things you knew you couldn't pass anyway as possible. Hopefully end up passing some shit that would never normally fly.
1x Like