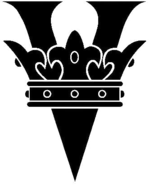 Enjoying a nap while the city goes to shit.

I mean, what else would you do?
Hidden 7 yrs ago Post by Lexicon
Raw —

Lexicon Once a Week Poster

Member Seen 2 mos ago
Lexicon
Once a Week Poster

1143 posts
in 2786 days
Seen 1 day ago
Bio
Let's see, well, I've been trying to watch the Walking Dead despite my waning interest, finished rewatching Community for the third time through, and just watched the original Mad Max and only fell asleep once. Also, trying to convince myself if I should spend a hundred-something-bucks on a MIDI keyboard despite having not touched a musical instrument in over a decade and some change. Oh, and I am having an absolute blast pretending to really be into Russian literature by reading through Anna Karenina. It's actually kinda rad and gives me some Count of Monte Cristo vibes, which is one of my favorite books of all time.

Oh, and, like, my sister got engaged or whatever. But who cares about that shit when I got Gears of War betas to play?
1x Laugh

1867 posts
in 3304 days
Seen 3 yrs ago
Bio
Imma just chipping away at this collab. Howsabout everyone else?
Hidden 7 yrs ago Post by DJAtomika
Raw —

Member Seen 3 days ago
DJAtomika
Second to Most 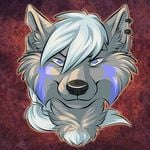 3170 posts
in 2988 days
Seen 3 days ago
Bio
Arena:
2 / 2 / 0
Just taking a break from writing. Getting more mood music by downloading every single Frank Sinatra song ever.

And also since my post was the last one, I have no reading to do. XD
1x Like

IRL, university started again last week, so I'm a little busier than before; other than that, my girlfriend turned 25 this week, so most of my free time this week and next is going towards preparing everything for a family celebration (this weekend) and a celebration with friends (next weekend). My liver's in for a wild ride...

@Atrophy (Is my girlfriend your sister? Cause we kinda, sorta got engaged, too.)
2x Like

332 posts
in 2680 days
Seen 2 yrs ago
Bio
Thank you, thank you. Nothing's more exciting than laying the foundation for being miserable 40 years down the road. :P
1x Laugh

Thank you, thank you. Nothing's more exciting than laying the foundation for being miserable 40 years down the road. :P

Make sure you honeymoon in Santa Somabra. I hear its super nice.
Hidden 7 yrs ago Post by Kingfisher
Raw —
GM

1867 posts
in 3304 days
Seen 3 yrs ago
Bio
Once everybodies wrapped up their collabs and such, I've got plans to move the game forwards in a big way.

Can I get a quick head-count to see whose still with us?
Hidden 7 yrs ago Post by Atrophy
Raw —

332 posts
in 2680 days
Seen 2 yrs ago
Bio
Waiting for Atrophy and Lexicon to finish that collab. I hear I'm supposed to get involved at some point when those two are going at it... again.
Hidden 7 yrs ago → 7 yrs ago Post by Wernher
Raw — 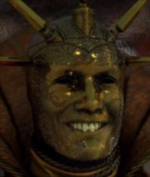 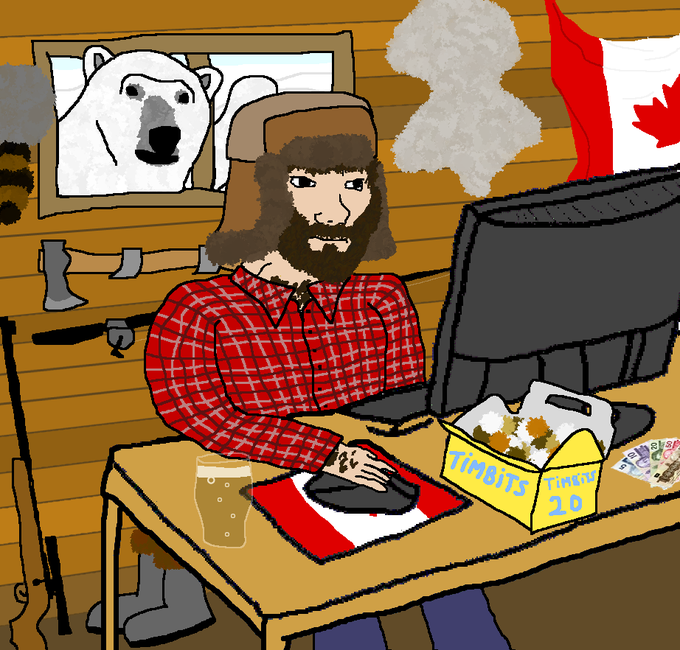 Lexicon Once a Week Poster

Member Seen 2 mos ago
Lexicon
Once a Week Poster

994 posts
in 3041 days
Seen 2 mos ago
Hey folks, so I'm typing this out from a friend's computer. My laptop hit the dreaded blue screen of death about half an hour ago, which means I'm without a computer. I'm going to try to get a replacement, but money is crazy tight right now. I just wanted to give you folks a heads up that I might be gone for a bit :/ I'll keep you posted.
Hidden 7 yrs ago Post by Kingfisher
Raw —
GM

1867 posts
in 3304 days
Seen 3 yrs ago
Bio
@Lexicon That really is unfortunate :/ I hope your laptop gets a speedy recovery and we see you back here soon.

Keep us posted.
Hidden 7 yrs ago Post by Atrophy
Raw —

1143 posts
in 2786 days
Seen 1 day ago
Bio
So to be completely transparent, I'm currently waiting a few days to hear word from Lexicon on what to do regarding our mostly complete collab. And since it seems that most people are kinda waiting around for stuff and things, I think it's time for another round of super best pals questions! Get psyched!

ROUND THREE!!
A.K.A. ROUND YOU THOUGHT I FORGOT THIS BIT!!

Okay, so we talked books, we talked movies, so let's talk about music. What's your latest earworm and why are you not more embarrassed that you listen to that pop shit, I mean, I know it's good but don't you realize to appear cool you have to hate T. Swift even though she makes amazing tunes? Have you been to any concerts lately? Really, you gave them money? You ever play any music? No, I mean besides that shitty plastic recorder thing they give you in second grade to play Hot Crossed Buns on.

1) I just launched an invasion of the city, so I think I'll wait for at least a few of scallywags to post before I start submitting more of my shite to the IC.

2) I'm really getting into Disturbed's cover of The Sound of Silence. Also have a part-aaaaaay coming up in July, for which I am the DJ, so I've been working through a lot of dubsetp and twerk tunes. Also a bit of Bach.

Working on fucking Bloodmoon's shit up.

You thought the Bloodblooms were bad. Just wait til you see the Bloodmoons.
Hidden 7 yrs ago Post by JulienJaden
Raw —

#1 Right now, I'm waiting for you and Lexicon. Afterwards, I'm looking to collaborate with DJAtomika and Wernher to make things more complicated (and put a little more focus back on the Somabra Slayer).

#2 I refuse to admit that I can kinda tolerate two or three Taylor Swift songs.

I've been a real Two Steps From Hell and Groove Addicts junkie these last few years and I absolutely adore video game and movie soundtracks. A really good one I've been listening to while playing a 4X game was the one from "Civilization: Beyond Earth", but the "Starcraft 2: Wings of Liberty" soundtrack is also pretty dope. Not to mention "Super Meatboy", "Crypt of the Necrodancer" or other sumsuch brilliance - I have a lot of wonderful, inspiring and (a big factor for me to listen to something for more than half an hour without getting antsy) purely instrumental (or, at most, choral) music to choose from.

But if you're looking for something more mainstream-y in my audio diet, I guess the closest thing to that I can offer right now would be five:

1) Cage the Elephant - Ain't No Rest For The Wicked
2) The Heavy - Short Change Hero
3) Jace Everett - Bad Things (These first three really did me in with their rhythm and tune)
4) EVERYTHING BY BLUE STAHLI (I like electro, I love metal, but I worship this man who manages to marry these two so effortlessly)
5) Literally every song that made its way into a "Fallout" soundtrack, plus all the swing you can handle (Dean Martin FTW)
2x Like

Anyway, my turn. I don't play any instruments unless plastic Rock Band drums count, because then I'm a drum master. Last concert I was at was for some Scottish band called Frightened Rabbit which was pretty good, although it was one of those things where I went because I was invited by fans of the band instead of actually knowing much of their shit. Also, the floors were real sticky to the point where I was considering leaving my shoes behind, and I had a sort of weird moment where I realized I had been at the venue years before to see GWAR play. Oddly, the floor's were decidedly less sticky that time despite all of the fake cornstarch blood being sprayed around.

I'm gonna do Top 5 Albums, because it's less painful this way.

5)Grimes - Art Angels. Best pop album of last year, and now I have a bunch of weird art decorating my door that came with it. Give the song Realiti a listen; it's catchy as hell.
4)Owen Pallett - Heartland. Solo violinist/keyboardist project that started out called Final Fantasy and then realized that'd go pretty bad if he ever went anywhere. Best song is The Great Elsewhere.
3)Sufjan Stevens - Illinois. Dude writes some good folk music when he isn't reinventing himself as an electronica musician (which is also real good) and then re-reinventing himself as a folk musician again. Listening to Casimir Pulaski Day is a good way to get sad.
2)Kanye West - My Beautiful Dark Twisted Fantasy. What? Those beats are dope. Plus, I broke an entire building's speaker system playing this ablum.
1)Titus Andronicus - The Monitor. A punk album full of songs that are all way too damn long with a buncha bullshit about the Civil War thrown in there and it all somehow works and it's amazing. Best song is Four Score and Seven.

Of course, this is all personal opinion. As we all know, Five Years by David Bowie was scientifically proven to be the greatest song ever penned years ago.

@JulienJadenWell whatever plans Lexicon and I had might be getting set aside for now until the computer situation is fixed, so if you aren't already I'd say go on ahead and start collabing with the others. I PM'd Lexicon on the off-chance they can check up on this site again, but if I don't hear anything back by the end of Wednesday then I'm just gonna move on and come back to the Val/Vig rematch of the century when the compy is all good. Don't wanna keep everybody waiting due to technical kerfuckups.
↑ Top