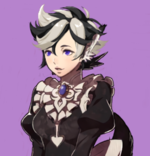 Personality
Quillen has a quiet demeanor when close to strangers. He rarely ever bothers to approach anyone else, and he's honestly only concerned with getting through life relatively unharmed. While relatively noiseless, he's always quite sharp and alert, and he's usually able to make keen observations that most others would miss. Of course, the All Seeing Eyes definitely up how observant he can be. Nonetheless, he considers the eyes to be a hassle, as there are numerous people and organizations after them. He's always on his toes and rarely ever relaxes. Because of how many pursuers he has, he doesn't really trust anyone, and he doesn't have very many friends. He isn't that lonely, though. He isn't someone that really craves close human contact, but he doesn't really know how to deal with affection, either.

Quillen is rarely ever impatient. He's quite polite in most cases and hardly ever loses his temper. He has a generally apathetic attitude when it comes to life and about himself, so it's rare that he'll get too worked up over jibes aiming at his personality or anything. He's also not accustomed to caring for others, and has a generally numb personality. However, he does have a snarky, sarcastic mouth and can easily jibe at others whenever he feels the need to. Despite being apathetic, he's quite intellectual and is a quick learner. He has a skillful wit and is strategically brilliant. He's often capable of coming up with various plans and schemes, alongside several fallback plans in case his original plans don't work.

Despite his carelessness towards humanity as a whole, it still revolts him to see innocent people getting ganged up on. Something about people using numbers to overwhelm weaker individuals annoys him. Quillen is a generally well-disciplined person. He doesn't really indulge himself, or carelessly spend what little money he has. He's also quite decisive and is capable of making decisions quickly whenever necessary. He dislikes being the leader of any group, but he's honestly quite cooperative whenever he's forced to work in a team. He plays nice with others when he needs to, but he dislikes it if his team or group piles up all the work on him. If that happens, he just lets them all fail. Quillen is also quite an honest young man. He dislikes lying.

History
Quillen had a relatively simple life. He was born in Hellsalem's Lot, and as a result, was always accustomed to the oddities around him. He was used to various parts of the city being destroyed, used to hearing people shout and siren's blare, and he was used to the relatively cold winters as well. He only had his mother growing up, because his father died shortly after he was born. After he was born, his mother married another very nice man, who took Quillen in like his own son. Eventually, his mother had another child named Clarence. Quillen and Clarence grew very close to each other.

Socially, Quillen was a very popular young man in school. As a child he was very outgoing and intellectual. Not only was he popular among his peers for his cheerful attitude, but he was also well-liked among the teachers for being a good student. Both of his parents were incredibly proud of him. Quillen's attitude mostly mellowed out as he grew older, but he still had a fair amount of friends and was very popular. However, his life went awry when the Blood Conglomerate formed. It was an organization formed by Bloodbreeds, which was astounding, because most bloodbreeds didn't get along with each other. The formation was a cataclysm. And as a result, Riga El Menuhyut approached both Quillen and Clarence.

Quillen was given the eyes after both of them failed to answer. Riga El Menuhyut chose at random, and Clarence was left blind as a result. Home life from then on was rather difficult, and Quillen couldn't go to school normally. He had been in middle school at the time, but he was allowed to get home tutoring from then on. His life slowly adjusted around what had happened, but he'd never forgive himself after what happened to Clarence. After graduating high school, there was an attack on their apartment. A group of monsters that had spotted him out on the street knew that his eyes were worth billions of dollars, and they chose to attack him in his home. He managed to get by with burn wounds, but both of his parents were killed.

Afterwards, he realized that he couldn't allow Clarence to go to an orphanage. However, later on, he was approached by members of the Blood Conglomerate, who offered him and his brother a place to stay, as long as he helped them using the All Seeing Eyes. As there was no other option, he accepted. Now, he works for the blood breeds.

Powers
Quillen is capable of utilizing his powers skillfully. His visual senses are heightened. Using the All Seeing Eyes, he can project what he sees into the minds of others, break illusions, see impossibly fast movements, alter and change what others around him see, induce hallucinations upon others, and read auras. Quillen is also able to defend himself. He was trained by the Blood Breeds, and now has very quick reflexes and is a speedy, relatively powerful fighter who is capable of defending himself.

Weapons
He always carried around daggers, but he is capable of using all types of artillery.
Hidden 7 yrs ago Post by RainbowReindeer
Raw — 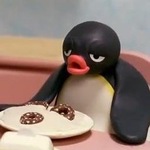 Appearance:
While lean and geared more towards deft, agile maneuvers, he isn't ridiculously scrawny but not desirably muscled either. He stands at around 5'8''. Years of work-outs and many encounters with near-death experiences have honed his instincts and body. He has that tense sort of slouch one adopts after years of acting on the “fight” side of the “fight or flight” instinct. Personality:
Nicolas is an amiable, easy-going person who keeps his feelings locked away. He speaks and laughs freely, and is known to be brutally honest and ever-enduring. He does not complain, or whine, or wish for a better life and chooses to look at the present. Although he is sweet and goodnatured, take care to not get on his bad side! On the note of relationships, Nicolas does not form attachments easily. To those who manage to worm their way inside his heart, expect lots of shy love.

History:
Nicolas Blanc was born in New York City. An only child, he spent many of his early years as an outcast among his fellow peers. This was because young Nicolas was taking care of his bedridden mother. His father, an ambassador who was an unfaithful husband, was never home. Because of this, his upbringing was largely focused around his mother. Despite his continued attempts to care for his mother, the poor woman's health and mental health slowly deteriorated.

To any other person, his mother's death was not his fault. However, in his mind, Nicolas blamed himself for not being able to meet her 'expectations'. "If only I played the violin better, or got all As this quarter, or..." A mere one day after the funeral, the young boy started taking up the hobbies of his dead mother, which included gardening and butterfly farming. Unfortunately, his seemingly 'normal' life ended when he was eight years old. That was when all hell broke loose, literally. Possibly the youngest person to ever learn the Blood Arts, he kept his powers hidden until Libra was formed.

Powers:
Blood Wire:
Nicolas slashes the palms of his hands to create his weapon - a strand of blood that can extend and deliver immense quick blows or restrain an opponent. Multiple strands can diverge from the main one.

Weapons:
His fists and his metal fan.

Habits/Quirks:
- Too focused on other people.
- He's rather tolerant of unsavory characters. Anyways, Nic is a good friend.
- Has a crazy high pain-tolerance.
- Writes in messy cursive because he hates writing. . never quite fitting in with either side of his family, Bailey frequently found himself alone for most of his childhood. He was eventually bestowed the power, "Blood Art" and bullets became something of the past. His parents met the very moment the portal opened and the strange attraction between elven and human created little Bailey. They passed some years later on Bailey's 16th birthday in an altercation between those from the other side of the portal. He joined Libra at a young age, determined to settle a balance between the species.

a t t a c k . w a t e r
Bailey is able to create spikes of water; however, although powerful, using such abilities takes up a great amount of stamina.

e n c h a n t . w a t e r
Weapons either created by Bailey by Blood Art or a physical weapon can be enhanced by surrounding it with water using his ability. Doing so continuously drains his stamina and should be used carefully.

Bailey specializes in long-range sniping. Blood Arts allows him the creation of bullets - each time he pulls a trigger, a small point pricks his skin to draw out blood, creating a bullet. These bullets are stronger than the average bullet, and have more impact and damage.

should the situation call for it, Bailey keeps dual daggers at his side in case of close-combat emergencies.

h a b i t s | q u i r k s
. is a hopeless romantic
. neat freak - everything must be orderly
. has a habit of pulling the trigger three times before activating his Blood Art
. impulsively must turn the light switch on and off exactly five times before leaving a room

f e a r s
. small spaces
. not pulling the trigger three times
. not switching the light on and off five times

Personality: Being an only child caused Adrian to become spoiled and arrogant at times. He hates admitting that he is wrong and also tend to hides how he feels, but he also likes to tease others. Adrian also doesn’t like to depend on other people, unless he is in a situation where he is forced too. However, once he gets to know a person really well, he completely opens up to them, showing how he truly feels and trusts them full-heartedly.

History: His dad died recently, passing on the blood art to his only son, Adrian. Especially in school, he is considered somewhat short for an average 15 year old kid, not hitting his growth spurt yet, and is bullied a lot about it, making him pretty sensitive to people commenting on his height. He recently joined Libra, still trying to get used to the all the procedures and because he is young, it is easier for him to hide that he is apart of the alliance, as most would not expect a student to be apart of a secret organization.

Habits/Quirks: Tend to tap his feet a lot, getting into the rhythm and itching for a battle/fight. If anxious he also tends to tap his fingers on any flat surface near him.

Talents/Hobbies: Plays the drums in his free time, but mainly is skilled at the piano.

Likes and Dislikes: As he is still a kid, he tends to be really picky with the food he eats (like vegetables). He likes to listen to music in his spare time and he also upmost hates when people make fun of his height.

Powers: Having blood art, he is able to form his weapon at a moment's notice. Having already trained for a while he learned to hone his skills fighting with it. His reaction speed is fast, and has a great amount of agility. Since his body is small, he is able to dodge attacks easily, and move faster. Some sort of dual ring blade.