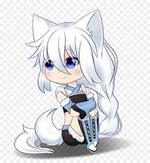 7 mos ago
I am dead inside.
8 mos ago
I ran out of doughnuts and the store didn't have them in stock today :(
9 mos ago
How amewsing~
9 mos ago
Of course you're gonna get ghosters, it's October silly! Halloween is around the corner and the spookies are out.
3 likes
10 mos ago
Nyan, nyan~ Nyan, nyan~ Ni hao nyan~ Goujasu~ Derishasu~ Dekaruchaa~
1 like

Given that Mari injured her foot during the exam, can she have already met Uranishi-sensei, who likely gave her first aid?

Adding to this, Shiki would've met him also?
In Ban the Person above you → 1 yr ago Forum: Spam Forum
Banned for disliking pineapple pizza.
In 𝕁𝕚𝕘𝕠𝕜𝕦𝕣𝕒𝕜𝕦 𝔸𝕔𝕒𝕕𝕖𝕞𝕚𝕒 | A 'My Hiroaki-demia' RP → 1 yr ago Forum: Casual Roleplay


There was a slight twitch underneath Shiki's beanie, upon detecting a certain someone shuffling closer to his tree. He was still half asleep after opening and shifting his eyes, only to see Elina sitting there next to him, all huddled up to herself. It took him a moment to register who she was. That's right, she is the torch head who burned off her clothes during the demonstration, he recalled. Although, he was more concerned about the tree they were sitting under.

”Oi, you better not start a forest fire with that quirk of yours. I don't feel like getting burned alive today...” He quietly joked.

With that said, he was rather cautious of Elina. Unsure how she would react to his comment. However, he did find her quirk extremely useful. After all, it did have a lot of...firepower.

The sound of the helicopter approaching caught Shiki's attention. He unplugged his tail from the ground and looked up into the sky. So, this is what Guodo-Sensei meant earlier about it becoming 'windy'. At least, it wasn't some kind of weather changing device or god forbid a quirk with equivalent power.

Shiki held onto his beanie to prevent it from flying off, up until the helicopter departed. His eyes were fixated on the unfamiliar teacher/nurse, Uranishi Yataro. For some odd reason, Shiki had a feeling...he is going to become a frequent visitor for Nurse-Sensei. Back to the matter at hand, he listened in to what Nurse-Sensei had to say and followed his instructions.

A search and rescue mission, huh? It reminded him of the entrance exam where they had to collect the dummies, minus the threat of villains and a Tanifuji. He was curious to what hazards this cursed forest had to offer.

He adjusted his glasses by pushing them up the bridge of his nose with two fingers, like a majestic and calculative villain. This is the type of activity where his quirk gets to shine the most. For once, he felt confident in his abilities. His tail was swaying behind him in anticipation, unable to help himself. Turning his attention back to Elina, he decided to ask if she would like to team up, believing her quirk could be of use to Team Pixel.

”Hey, Yukira Elina, was it? Do you want to team up with me and Datari-Kun? Assuming, he hasn't already found a team...” He offered, his eyes wandering for Shun, curious if he was already collecting the ribbons. Regardless, he tried to get his attention by gesturing a wave with his tail.