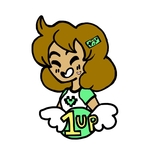 The Prince and Thief

The King is getting older and in his old age finds his only child to become more and more stubborn to the idea of marriage and producing an heir to their long blood line. Frustrated by his son's refusal to look for a spouse and thus invites all nobles and their children to ball in order to force his son to pick someone, and in his scheme to also force his son to pick someone of his liking. Among those who attend the party is also a thief, who finds a way to both "find" an outfit and sneak into the palace without being found, with plans to steal as many riches as he is able too carry with him or smuggle out in days he returns (by either coming in with workers or getting a partner to smuggle the items out); however, the thief's plan does not go as planned and when he is being persuade by the royal guard he literally crashes into the prince who without a second thought proclaims the young man who he hasn't even spoken more than a sentence to as his groom.

How will the thief get out of this safely? Why would the prince pick someone so random and without a moment's thought? And was the Kind's intentions simply have his son marry and produce a heir or something even darker?

Some schools are just not meant for real learning and nothing more than a breeding ground for gangs, low lives, and drugs; YC takes more than advantage of the school's poor situation to expand his father's gang as well as to scare off the younger kids in other gangs. MC is a new teacher at the school, bright eyed and wanting to help out his students to become something more than another gang member or druggie. In their everyday routines they would have never crossed paths till one day, during class time, they meet. YC first becomes infatuated with MC to the point of obsession and ends up not only kidnapping him, but also forcing them into an relationship.

We Should Be Learning

The beginning of the school year a new teacher, MC, is transferred to a highly recognized school, this is short notice but he quickly readjusts and seems to become popular with students. Becoming so popular with students causes many to come to his class during both free periods and lunch period. YC, be in his class or not, during normal study hours often comes and they pair talk often as they share some same interest. Soon signs of abuse show through their talk and with emotions on high YC decides that MC would be a great lover—this begins the struggle of overcoming their age gap, and MC’s struggle to both leave his partner and make his own decisions.

My Enemy, My Groom (Looking for Switch/Dom [Omega Vers.]) inspired by Handmaid's Tale

The world is in a dystopia state, birth rates are low and to survive one must not only be high ranked, but also worth be it with skills to gain profit or to produce children. MC is an omega in hiding, being he kept the fact he is fruitfulness a secret, he works for YC who is a high ranking official who is able to convince fruitful men, women, and omega to come live in their country but also someone who is fruitful himself. MC is more less a slave and is often at odds with YC over how he treats not only MC but his current bride who is clearly falling into a state of depression as the result of finding out she is going to transferred to another house after becoming pregnant.

MC is going to attempt to escape to Canada, but upon being caught he was tested to check his fertility rate which turns out to be very high. YC not only finds out about this, but decides to take MC to not only impregnate him, but also remind him of his place with now more control over him than before.
Waiter and Homeless Man

In the big city its pretty normal to see homeless around restaurants, be they simple dine-ins or high end joints, begging for food or for money. MC is a college student, in his mid twenties and working though long night shifts in order to pay for his college without going into too much debt. Many nights MC has to walk though the park in order to caught a bus back to his dorms. During one of these walks MC comes across YC, a homeless older man. They often interact, the young man normally offering his free meal from the restaurant to the man as to ensure he ate.

During this night, however, MC does not see YC anywhere and left the box in the other's "home" which is often just a well-hidden box behind some shrubs. When MC returns on his walk he is attacked, being only saved by YC who now is dressed nicely and no longer looks like the homeless man he would normally talk to on his late nights...

When In Need(Omega Vers.)
Its been two months since YC's husband has passed, being left alone to deal with the pregnancy of their unborn child. MC is a long time friend of YC's husband and upon learning about the hard time YC has been dealing with the passing all alone (the late-husband's family refuses to accept YC in the family) MC comes to live with YC to help out and even pay for everything to ensure YC gets rest. Slowly a relationship begins to develop and the pair grow closer and closer.

YC has been forced to move into a crappy little apartment and fend for himself after he royally pisses off mommy and daddy, which thus cuts him off from their bank account. MC is new management of the apartment, which in YC's point of view equals into own personal servant. They start off pretty poorly and for the most part MC avoids YC as much as possible.

A few weeks pass and during a rough storm YC's roof begins to leak heavily and this ends up sleeping in MC's apartment for the night. After a few drinks and some relaxation they end up in bed together. Will this relationship take a better turn? Or is this one night stand going to turn things worst?

The Prince and The Traveler

The day is hot and the young prince, MC, now has to wait in in the stone walls of the grand hall as people come in to offer gifts. Among these people are a group of dark skin men, their skin different shades of olive brown skin, among them a young man, YC, with strange hair steps forward to offer the gift of a unknown animal. However, the animal could wait as the prince can only stare at the young man speaking before him, his voice like dark honey as he speaks. If he can choose any present, it would be this traveler.

About Me:
So Just to start off with a few things about me, I'm 23 years old, I work at a coffee shop, a college student, own a dog, and have been roleplaying for about ten years now. I enjoy roleplaying and creating stories, although times I will be unable to reply do to everyday life. Though I try my best to reply as much as possible.

What I'm looking for:

To make this simple I'll just put it in list forum.

Well thats all for now! So if you see anything that caught your eye, please PM me or post here! Happy hunting.
In Hello~ → 9 mos ago Forum: Introduce Yourself
Welcome :)
© 2007-2017
BBCode Cheatsheet