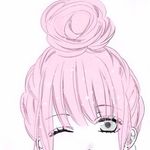 In Blythe's 1x1 Request Thread → 5 yrs ago Forum: 1x1 Interest Checks
getting a little less busy~
In Zatch Bell → 5 yrs ago Forum: 1x1 Interest Checks
"Every one thousand years, one hundred mamodos (demons/mamono, in japanese) descend upon earth to conduct the ultimate battle. The winning mamodo becomes the mighty king of the mamodo world. There is only one problem - in order for the mamodo to use their powerful spell books, they need a human partner. If his spell book is destroyed, the mamodo disintegrates and returns to the mamodo world."

before you read on, this is an excerpt(with some unnecessary things cut out) from my 1x1 request thread to see if we click.

• i type casual-high casual; my minimum is 2 paragraphs a post, while my maximum is limitless. i want it to be roughly the same for my partner.
• i can play male and female, and i prefer to play multiple characters(and would love for my partner to do the same).
• character development is

• cursing, sex, and gore is just fine in my roleplays. i don't care.
• heterosexual and homosexual relationships are fine too. i can play either. oh, and i don't like the whole "dom" and "sub" thing when it comes to homosexual relationships. people are what they are, man.
• i like to socialize w/ my partner(s), so ooc talk is a must!
• it depends on my partner, but i usually make character sheets w/ the minimum being appearance, name, and age.
• i really get invested in the story and characters, so if you plan to go AWOL after awhile, we ain't right, man.
• my posting time depends on the time of year/the roleplay. i need a partner that isn't sitting on the computer all day, just waiting for my reply. typically, i can usually reply at least once a day, unless i say otherwise. i do have a job with sporadic hours; some weeks i work a lot, and some weeks, i get a break. it all depends!
• if you're not interested in the roleplay, tell me before leaving me hanging. i'll do the same for you. deal?
• you better have read these rules. that's a rule: to read the rules.

Even before they left Faduli, the mood of their adventure was set out for all of them. Wyatt would be the one they would prod to try all kinds of different things on their journey. He knew in the first place that the girls had no qualms of dragging him down the road to one gym after the other. Sadly, Arlo had a feeling of why Wyatt acted the way he did, so he was more cautious around him than his friends. Little Lio would be rushing around the whole place, chasing Duskull around, playing with all of their pokemon, and insisting on battling every one she laid eyes on. He'd probably have to pull her off people so she wouldn't hog all the victory for herself. That was just how Lio was though. While everyone sat down for a break, she just kept going.

As for Haven, he was sure Faduli was beginning to get to her. They were both the oldest of the group, so there was always an underlying mutual respect for one another. There were times where he would sigh and shake his head at her, but really, he never had to bail her out of major trouble like he had with the other two(and even then, their trouble wasn't major either). He found her artistic spirit refreshing. He found her artwork even more refreshing. Haven Dao had more talent in her finger than in his whole body.

And then, there Arlo was, the brick wall protecting the group from ridicule from the outside world that they would no doubt encounter(granted, they were all a bunch of weirdos). At Haven's question, he pulled out a crinkled up map from his bag, staring intently at the coordinates and names. His violet eyes cascaded across the page, squinting at every route.

"The forest may be less treacherous. None of our pokemon know Flash either, so it would be difficult to navigate through a cave." Besides, from what he heard, most young trainers started out in forests. There were more people there, less dangerous and hostile pokemon, and possibly an even healthier atmosphere. This decision earned a small groan of protest from Lionella.

"Oh, come on, Arlo! What's the point of an adventure if you don't take any risks? If all goes wrong, we can just sacrifice Wyatt!" Lio pointed to the blue-eyed boy while her other hand rested on her hip. Half of her was teasing about it, but she truly did want to go to the cave. She'd never sacrifice Wyatt, but any chance to take a dig at the glass-wearing boy, she would take. With a giggle, Lio stuck her tongue out at the boy, and she looked back up at Arlo who sighed.

"We can take the cave another time. We're still very inexperienced as trainers. Injuring ourselves on the first day wouldn't be wise." Arlo tried to explain. Lio could see that this was the most the boy had talked today, and while she was amused, she was also understanding of his reasoning. He was right.

"Girls, come tell your brother goodbye! You won't be seeing him for quite awhile!" His mother called to her three daughters, who bounded out of the kitchen to rush towards Arlo at the door. He hadn't put Tyrogue in his pokeball yet. He imagined the minute they left, his little fighting pokemon would want to see and play with the others. It was nice how all of their pokemon usually got along. He did pity Castella, however, for being generally ignored by her owner. Playing with the other pokemon was probably the only attention she got. His sisters crawled all over him, with the youngest wrapped around his back, the second youngest around his leg, and the oldest around his waist. His mother, giddy as ever, chuckled and kissed her son's cheek. "Good luck out there, baby. Maybe you'll see your father along the way. He'll sure give your friends something to help them on their journey, sweet as he is."

Arlo gave her a nod, and he looked down at his three sisters, leaning down to kiss each and every one of them on the cheek, promising to bring them back something. They all wanted him to stay, but Arlo didn't want to keep his friends waiting more than they should have. His spine straightened up when he heard a familiar voice outside of his door.

"Is that Wyatt? And Cas? Can we play with them?!" One of his sisters squeaked, and Arlo's mother shook her head.

"Girls, girls, go to the table and finish your breakfast now. We've stalled long enough. Go on now." She peeled them off of her oldest son and winked at him, pushing him out the door. "If you need anything, we're only a call away, Arlo. I love you. Be good."

The gentle giant gave a nod and a smile, and with that, the door softly closed. He looked ahead of himself, finding Wyatt standing there with Cas rolling all over his feet. He smiled in slow amusement, walking down the steps of his porch and taking his friend's side as Tyrogue insisted on playing with Cas.

"G'morning. I'm to assume the girls beat us, huh?"

There was no doubt that Lio was at the exit gates of their town since 7 AM probably, and Haven was probably there on time to ditch Faduli and all the people in it. Arlo could be happy in any small, stuffy town, but not Haven Dao. He always knew she wanted to see bigger things and do bigger things. Doubtlessly, Haven was a free spirit. In fact, she was one of the first ones on board for the idea of going on a pokemon adventure. Wyatt was the last.

They walked closer to the exit gates, and a little blonde girl with a Duskull was excitedly talking to a dark-haired and hooded girl with a Bellsprout around one of her legs. That was their girls. No questions asked.

"Morning, Haven!" Lio had just finished playing a game of "keep-away" from her Duskull(and the "keep-away" object was just a rock from the ground), and when she heard that familiar voice, her head turned to see that mischievous grin on her dear friend's face. For those who didn't know Haven, they would probably think she was so aloof and evil. Surprisingly, that wasn't the impression Lio got when she first met her years ago. She always thought the girl was cool, so yeah, little Lio followed her around like a puppy months after meeting her. She fondly re-called all the instances where Arlo or Wyatt had to remove her from Haven's personal space.

Lionella turned to look up at the sky as her friend spoke to her once more. Green eyes darted to meet Haven's, and an endearing smile curved in the small girl's lips. Partly, she knew Haven was kidding. They'd never really ditch them. But maybe they would sort of ditch them, just to get a disapproving look from Arlo and some form of chastisement from Wyatt. Irritating them both was always fun. She knew Skully enjoyed it(that, and sneaking up behind Wyatt to scare him). Lionella giggled.

"Perhaps we cou--" She was promptly cut off as the boys drew closer to the exit gates, and Lio groaned, crossing her arms. "Damn. Maybe next time." She winked at Haven.

"Next time what?" The intimidating Arlo asked the small girl, looking down at the two of them with a suspicious glance.