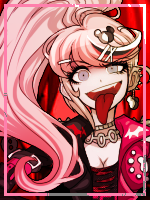 In RPGC #21: How The Guild Saved Christmas - Discussion → 1 yr ago Forum: Writing Contests
Pretty sure Frizan isn't touching the character sheet contest because that was more nuttz n boltz'z pet project than his own, and he nope'd out of there due to the voter/contestant turn out being so low.

Purely my assumption of course.
In "Gaming" laptop on a college budget? → 1 yr ago Forum: Off-Topic Discussion
Oh, wow, okay.

The computer that Bee selected is way overbuilt for what you need, but it's probably the best deal on a new computer that you're going to get.

SSD are still kinda pricey, but if you want one, here's a 800$ laptop on cyberpower PC.

Again, way overbuilt for what you're doing. You might want to consider getting a non-gaming computer, or something used if you want to shave off a few bucks. just keep the game's specs in mind.

As for dos games on windows, no clue.

EDIT: realised that the remastered myst is called "real myst," and that has specs that are much closer to what Bee and I recommended. That's probably as cheap as you can go.
In "Gaming" laptop on a college budget? → 1 yr ago Forum: Off-Topic Discussion
Most stuff doesn't come with a cd/dvd/blu-ray/floppy slot because digital downloads are becoming so prevalent.

You are not going to get "good graphics" on a laptop for "a few hundred dollars." dollar for dollar, laptops are about two to three times as expensive as their desktop counterparts. So if you want quality for a budget price, you're not going to find it in a laptop. Laptops are also much harder to upgrade, and as such, won't last as long. My current computer will likely just need a few hundred dollars in upgrades to make it last a full decade, at least for what I use it for.

But if we knew what you wanted to play, it would be easier to find a laptop for you. But unless you really need the mobility, I strongly recommend a desktop computer if you want quality and a decent price.
In Re: Zero: The High Council → 1 yr ago Forum: Casual Roleplay

Quill tipped her head. “Is that so?” She chuckled darkly. “Seems you knew about the candles, even if you don't quite comprehend that particular contingency. And that's an interesting pair of names you brought up. We suspected Hiro had the strongest ability. But if Aerith possesses such powers as well, that is very interesting indeed. You tipped your hand a little early I think. Regardless, it seems you can't tell what I'm going to do. Perhapse you just need to be stimulated further.” With a sigh, the smile on Quill's face vanished. “Donovan, I will spare you and the rest of the patients if you leave right now. There should be a wounded woman coming to the door. Take her home and treat her, and all of this can be forgotten like a bad dream.” Her eyes narrowed. “Take the small one with you. She's more likely to survive if you do.”

The giant looked conflicted. His hands were raised, and it was hard to tell if he was trying to stay in a brawlers stance, or if he was cowering from the deadly woman in front of him. But it became apparent when he opened his mouth again. ”A'ight.” he lowered his arms and took hold of Aki's wrist ”But I ain't gonna forget this. Ya better be gone before I come back.” Donnovan walked towards the door, dragging Aki along if he had to. He hadn't quite walked past the frame of the door.

Quill didn't watch Donnovan leave, and instead kept her eyes centered squarely on Chieko. “Since I know you have the capacity for magic, I don't have to be gentle with any of you.” Quill immidiately broke into a sprint. Her speed was only something that was possible in the real world through good technique and peak human fitness. Neither of which were things anyone currently before Quill possessed. “Goa!” The metal on her club heated and unraveled like a ribbon. By the time everyone realised what was going on, she was already swinging her blade vertically across Flame's chest. Getting out of the way would not be possible, especially if he still wanted to protect Chieko. But that didn't mean he was necessarily powerless...

In Can't connect to the site anymore. → 1 yr ago Forum: Suggestions/Problems
A few people in my RPs have reported the same thing. Aparently the forum isn't connecting to some servers.

the mods told me that Mahz is aware of the problem and looking into it.
In Where do I go from this point? → 1 yr ago Forum: Roleplaying Discussion
I could offer some help, but as you've done to me and others many times in the past, you've completely ignored any actual suggestions to fix the problem in favor of going on with your pity party. The answers to all of your problems are staring at you right in the face in the last six topics you made. The only thing that's necessary to do is to try something different. Be it changing your interest check, interacting with different people, or finding a hobby where you can't possibly face rejection from a partner.
In Re: Zero: The High Council → 1 yr ago Forum: Casual Roleplay

The clinic has become a death trap, with the only possible escape resting on Chieko's next words. Aer's group has been attacked by assassins, one familiar, another unknown. Troublesome scenarios to make sense of, and lives are being extinguished with each passing second wasted...
In Thoughts on discord RP? → 1 yr ago Forum: Roleplaying Discussion
@Stitches I would very much like to make a physical copy of a book I have on my computer. Given enough time, I could complete that task by copying the words off of my computer screen and onto a roll of toilet paper. But if I have access to a printer, wouldn't it be easier just to use that?

There's certainly nothing stopping players from writing well on discord. You don't magically dumb down your writing just by moving to a chat service, no more than writing on a forum enhances ones grammar and understanding of writing. Though it should also be noted that writing these types of messages don't come flying out of the fingers faster just because it's discord. A thousand words is a thousand words.

I suppose my real concern is that I don't really see any mechanical advantage to writing on discord. In high fantasy settings where the players are expected to drop a paragraph of world building narration every time their character looks at something, my posts easily surpass the two-thousand word mark. Discord's message limit is about that many letters, so I would need to break up those posts into many messages, which is a step I don't need to do on a forum. While I realize some people aren't a fan of it, I am also very much in love with collabs, but that's not really part of this discussion. However, the word count can get really high on those. I also like that I can turn words into clickable hyperlinks, and any pictures I do post can appear on the page at the size I want instead of as an extension.

I really think it's mostly what you want to do. I am unwilling to put up with the handicaps discord puts on me for an RP. The only real advantage I see is that you know when someone is online and typing (unless, like me, they type in their favorite word processor) But you mentioned that you wanted to write smaller posts, and don't strike me as the sort who nerds out over formatting. I'm unsure if your players will post faster, but it certainly sounds like discord won't hold you back.
In Ban the Person above you → 1 yr ago Forum: Spam Forum
Evicted for having a noodle noggin.
In Thoughts on discord RP? → 1 yr ago Forum: Roleplaying Discussion

I'm curious to know what you mean by "impulse" posts.

Posts with very little thought put into them. You log in, you see an opportunity to do something, you respond before it's too late, and hopefully you can do so again before your battle with the orcs gets buried by all the flirts in the bar and whatever the hell everyone else is doing on the pirate ship. You post quickly to do something in the story. There's no time to think. You are encouraged to respond, not do something interesting. You are posting on impulse.

For you, a discord RP sounds great. especially if you don't care about stuff like post length or quality. Myself, I like the writing more than the roleplaying. I like having some time to think about what my characters are going to do, and what sort of drama I can pull everyone into as their GM. I also like that I can balance some of the slower posters and faster posters because in not logging on for one day, they didn't miss out on an important event. Also, I find pure sandbox RPs infuriating and will always insist on working with everyone, co-gm or not, to do special things with the RP.
Almost done...
<div style="white-space:pre-wrap;">Almost done...<br><br></div>
© 2007-2017
BBCode Cheatsheet