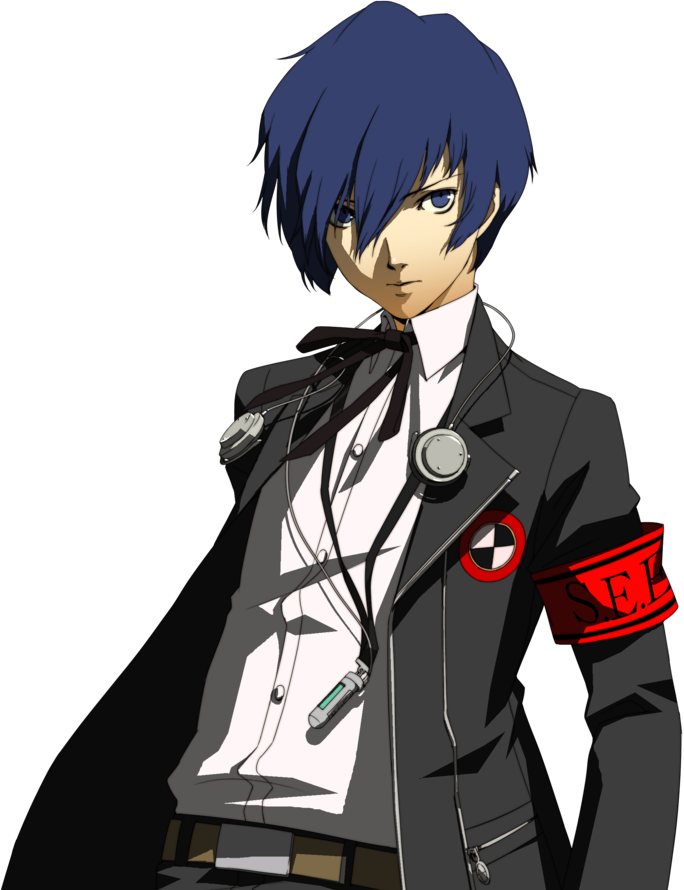 
Why They Fight:
Minato Ishida is somewhat of an anomaly. Born in Tokyo, he grew up as a mostly affable and friendly young man, always demonstrating good manners and consistently being polite. He was respectful, charming, and quiet – never causing issue or uproar and never being considered an “interruption” or a “disturbance” by his teachers. There were however, glimpses of another side to himself that would spill out, teasing a strict code of ethics and morals reserved for an older man.
Minato was raised by a father in the criminal justice system, and it was engrained into him at a very early age the importance of justice, of the stark difference between what is right and what is wrong. Young Minato took these lessons to heart – he became a member of his school’s “Disciplinary Committee” reporting on those he would have considered wrong-doers with a cold and ruthless demeanor, and reporting directly to the highest social level at the school:

It wasn’t uncommon for the elite group of students to take personal umbrage with Minato – his willingness to commit violence against those he considered a “disruption” and the “riff raff” he had associated with – including “Ten Ton” Takuya and Ana Tamura. The first being Minato’s first “real friend” and the second being his closest to his Lieutenant. Others in the Student Council committee wielded the 3 delinquents as a personal spear against other schools, wanting to crush any competition and growing addicted to the power. It wasn’t long before the “Disciplinary Committee” was considered more of a gang of street punks than anything else. Minato and the others didn’t mind, they were fighting for their own reasons…

A series of events in his personal life, as well as the corrupted nature of both the Student Council and those who were in power, Minato and the others abandoned their role as arbiters of justice. The final straw came after a vicious fight between their ranks and a rival school's gang. Likely a set-up by their own student council, Saryashiki's Delinquents were joined by a classmate - Yonaka Aimi - a particularly volatile girl with a connection to Minato.After that particularly violent encounter, the earliest incarnation of the Sarayashiki Gang realized that they didn’t need their schools support or approval. Minato swore that they would take Sarayashiki by force, and from there they would “correct” all of the other schools that would try and make their claim. With split lips and bruises, the four of them promised to crush everyone who broke their view of “justice” beneath their heels. With that, Minato and the newly christened Sarayashiki Gang began to align themselves with similarly broken people, coming together under various reasons in order to force the world to work to their perspective. 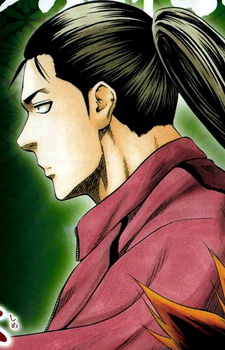 Why They Fight: Shino Akimichi was recruited to join the Student Council in the vacant Treasurer seat. This was originally met with some confusion by underlings at the student council, as Shino is terrible at math. The Vice President however deemed it necessary as she labeled the Student Council "A living beast that needs all students to play a part." The truth is more likely that Shino represented brute strength, and his terrifying aura was enough to raise the Student Council's ability.
In Street Punk Serenade: Delinquent Days → 4 mos ago Forum: Casual Roleplay

Just want to check since I've been a bit MIA, is there still room in this? I'm still down to clown but if the roster's sufficiently padded already I'm more than ok just being a watcher of the game.

Certainly up for accepting more people! At this point I'm looking for another male character if that would be something you're interested in playing?
In Street Punk Serenade: Delinquent Days → 4 mos ago Forum: Casual Roleplay
Hey everyone!

Long weekend of stuff but I wanted to touch base. Right now, our roster of characters is really well thought out, but instead of responding individually to folks, it may be easier to discuss this with the team:

Right now, we've got 3 characters with "rich backgrounds" who lead a bit more towards being strategists. They are all different characters enough, but I'm curious if the three players want to reassess their characters in some way, as I know there is a strong draw to want to be the "token strategist." These characters were submitted by @thewendil, @sassy1085 and @leyroyjenkins

I want to clear up this last bit before posting up our game and getting started this week. Just looking for feedback from you guys at this point, I can post links to your characters here in the OoC so others can weigh in as well.
In Street Punk Serenade: Delinquent Days → 4 mos ago Forum: Casual Roleplay
Everyone is looking good. I'll be sending update and plot requests and aim to have the game up before the weekend.
In Young Justice → 4 mos ago Forum: Casual Roleplay


Talon started at the mention of his name. He hadn't been expected to be put in a leadership position so early, especially considering how their early training exercises had gone. In the two weeks since, Talon and the others had improved upon their skills and their communication, and this would be a perfect chance to demonstrate Talon's leadership qualities and confidence in the field. Despite a lot of their interpersonal relationships still having some room to grow, the opportunity to lead the team in a real mission was something Talon wasn't going to take lightly. And he would prove to them all his worth in the field. He studied the viewscreens in front of the team, illuminating two separate drop zones.

Batman called the mission an "observe and report" type, but actually infiltrating the target and recovering any proof around Kobra's involvement in the recent Gotham Labs robbery meant that at least some of the team would have to get their hands dirty. Talon immediately ran through the entirety of the team in his head, flipping through all of their abilities, strengths, and how they worked together.

Rain however was the first to speak up, asking Batman who the teams would be split into. Talon felt irritated. If he was in charge, he should be the one to decide who goes where - that's what part of the expectation being a Team Leader means. Talon could feel himself able to speak up about this. He could feel his training and upbringing begin to take hold, he could run almost on auto-pilot.

"I'm going to assign the two teams, I've come to know everyone's strengths in the short time we've been here and as Team Leader for this mission I need to be able to operate with complete control." He was looking at Rain as he spoke, then turned to the rest of the team, stepping out in front of the viewscreens.

"Squad A will be the infiltration group. I'll be on Team A, and I want Zatara, Mirage, Metamorph and Cybergirl. Zatara's magic will open extra doors we might not have been able otherwise. While Mirage's cloaking will enable her extra stealth options. Metamorph's tracking will give us the edge on sneaking around, and Cybergirl will be our internal muscle. Squad B will focus on Recon and any patrolling. For that, Brightheart - Stay airborne, keep ground team informed of any extra movement. Hex will be able to use their invisibility and teleportation for ease of movement. Felix your clones can cover more ground and make it easier to patrol in a larger space. Nymph will be on comms, outside in the sunlight is where you'll operate best. Rain, you're the most experienced and I want you on Squad B's lead. Keep them organized, keep them calm. If Squad A comes off comms I want you to take over.

It was the most Talon had spoken at one time since joining the team, but he felt natural, felt at ease. He was grateful for the opportunity that Batman had given him - he had felt personally that Batman was somewhat apprehensive about his joining the Bat Family, and even moreso joining the ranks of Young Justice. Talon would have bet that Batman had more interest in someone like Rain, a more obviously safe bet. Talon wouldn't blame him. He was a product of violence, angry and uncontrollable. But Rain was the picture of determination, well regarded by the others. He was tall, an incredible physique, the picture of discipline, he already had the superhero look. Talon wanted to punch his stupid face, right in his perfect jawline.

But later, that was personal, petty stuff. In the two weeks since joining, Talon and Rain hadn't crossed paths much. They were seemingly on opposite schedules, and when one finished up a workout in the gym, the other was just starting one. They had yet to truly fight each other. Talon knew it was only a matter of time.

Talon looked back to Batman, addressing him.

Send me the character and I’ll take a look at the completed sheet. I left off age from the character sheets because I don’t take too much stock in them at this point so I’ll make a judgement call
In Street Punk Serenade: Delinquent Days → 4 mos ago Forum: Casual Roleplay
Hey everyone - I've been getting a few character submissions and I appreciate everyone's interest so far.

The roster is filling up nicely, so once everyone gets their character submitted to me, I'll get to work on the next stage of fitting them into the game.

There are a few of you who've already done a nice job of back-filling your character's background into the plot, and for that I'm appreciative. It will make the game that much more slick.

Our gang is already pretty wild, I wouldn't want to fuck with them in the schoolyard any time soon.
In Anime Delinquent Gang → 4 mos ago Forum: Casual Interest Checks
Well you sound like you really know your stuff. My initial thoughts of switching up the decade would cut out the whole smart phones thing, which really is a drag for storytelling and roleplay.

But all your other reasons sound way better. I'll leave the OOC as is for now and for the first IC stuff I'll narrow it down with any other additional feedback from potential players.
© 2007-2017
BBCode Cheatsheet