Roamer of the Internet

STATUS: who remembers timesplitters? 1 yr ago 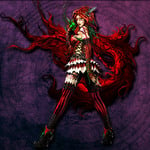 1 yr ago
Current who remembers timesplitters?
4 likes
1 yr ago
I am into seeing a wall of deat with the mad max song by tryhardninja
1 yr ago
Arcanine is best big fluffy doggo.
9 likes
1 yr ago
@unicorgi Aibohphobia (fear of palindromes) is a palindrome in of itself. So there is someone that is an epic but cruel prankster.
1 like
1 yr ago
i prefer my pizza with salami, feta, crushed garlic, cayene pepper spice and ground ginger.
1 like

Come and join me bitcoin mining at https://www.startminer.com/1760866

Damn. I would to when you are not too busy. Pm me when ready
In The Damsel's Dragon → 1 yr ago Forum: 1x1 Interest Checks

Going to give this a bump. Why not?

Hi. I am very interested in this rp idea. I would love to be your partner
In Pokemon Spiral [open] → 1 yr ago Forum: Casual Roleplay
Oscar Berg

Oscar half listens to Ty explaining himself and Medic sing. He smiles as he remembers a classical Christmas music contest that his parents took him to. It was by starlight and most of the performers were fairy types. The most spectacular was a mega evolved shiny Gardevoir. She sang a Christmas song of melancholy and hope. Oscar wipes away a tear as He feels a little homesick now. "Don't worry. I am just remembering a happy memory and I think I am just a little homesick."

He glances at Sophia and sees her giving him a warning glare. Oscar thinks that he should tread lightly and not do anything that will make her stress or angry in any way or form. He turns to Ty. "Well, From my experience from contests, healers are still important in this case should things go awry despite all the safety precautions. Also, every leading man needs a leading lady. Not a damsel in distress per se but someone with a finer touch. Hell, I would love to see more females or feminine beings actually show that they are capable too. Maybe we can practice together as I plan to do contests. Contests and movies have lots of overlapping skills like adding flair to a routine."

As Sophia gives her advice on the students and gym leader, Oscar chimes in afterward. "My advice is to be versatile. Don't rely on one strategy to win. Have a backup or two in case the main one fail. Typing is important and useful but it would more impressive to win with a disadvantage than sweep with ease. I am also sure that they can have a counter to the popular strategy of ghost types and steel types. So always be on your guard."
In Pokemon Spiral [open] → 1 yr ago Forum: Casual Roleplay
Oscar Berg

Being healed seems to have made Sophia a little more tense, despite the slight smile she has. With her request of a different song, the healing pulse might have triggered something in Sophia but Oscar isn't going to press her in this state. Oscar looks at the pink ball of cuteness and at the trainer. Quite a contrast to his other pokemon and himself. Even the name of med which is probably short for medic given the evidence so far.

"I got him in the wild. and before I accept your challenge fully, can I ask why you are interested in my growlithe and letting you know that I have a badge already. legitimately" Oscar takes it out and shows it to Ty briefly. Oscar doesn't make it sound that him having a badge makes him better than Ty. More like a warning that Ty should think before he goes and challenges everyone in his sight. "I am also interested in your Med. Med seems a little out of place for you and your team from what I have seen. Is there a deeper story?"
In Pokemon Spiral [open] → 1 yr ago Forum: Casual Roleplay
Oscar Berg

Oscar keeps a watchful eye on Sophia. He smiles as he sees the smile on her face as the two dogs cheer her up with licks and nuzzles. Suddenly a green insect comes zooming in and barrels to the ground thou recover in time. A male trainer that looks like a greaser comes and reprimands the pokemon by his name. It seems that the bug is his. He lets out another pokemon with a black eye. This pokemon sees Aurora and winks at her. She flinches slightly as she sees this but looks a little relieved that he is recalled.

Oscar watches as the new trainer goes over to Sophia. He seems to be interested in Skoll by the gestures. It is too far and loud in the center to let Oscar hear clearly. He seems to want to pet Skoll which the trainer eventually does. Nomia the Eevee seems to be hiding behind Sophia legs at the new stranger but skool seems content with the attention. The two trainers seem to talk a little before Sophia seems to slump forward.

Oscar gets to his feet and goes over calmly as she already has someone tending to her. Aurora and Roadrunner come in tow. "Dont worry. She just needs a good night's rest. Most, Likely that she is exhausted from the tough couple of days recently. By the way, the name is Oscar. It seems that you have taken a liking to Skoll, my growlithe. He is paired with the eevee under the chair. Anyways, I think we should get a room or two and turn in for the night as it seems we all had a long day."
In Pokemon Spiral [open] → 1 yr ago Forum: Casual Roleplay
Oscar Berg

Alexis blatantly ignored Oscar as she moved past him and went for the exit. Oscar didn't even go after her as he thought she would be like Sophia and resist his help. As he turned to look at the far end of the room, he saw the other female with which he had a strained relationship. It was obvious that she didn't want him to notice or come over to talk. He was in two minds about it though as he looked down at Skoll and Nomia and their overwhelming joy and happiness. He came up with a plan to help her now and potentially in the future if the pair do have children.

Oscar found a pen and a couple of paper napkins from the coffee dispenser before he sat at the opposite side of the room. With a little difficulty, he wrote the message, 'Let these two cheer you up. Just relax and rest. Dont thank or apologize.' Oscar gave the pen to Skoll and the napkin to Nomia and sent them to Sophia. Hopefully, they can lift the spirits of her. They all have been thought a lot but Oscar thought that Sophia might be taking too much on and too much to heart for her parents and such.

He recalled Kushala and turned his attention to Aurora and Roadrunner. It seemed that they also have bonded pretty quickly and another budding romance seemed to be in progress. Thou Aurora sees Roadrunner as a mate by the looks of her admiring his new form, she is more reserved of the two. Roadrunner sees them more as friends at the current point at time but he does seem to notice Aurora's behavior and takes it in his stride and plays along with the game.
In Digimon Cyber Sleuth RP → 1 yr ago Forum: Casual Interest Checks
Interested.
In Pokemon Spiral [open] → 2 yrs ago Forum: Casual Roleplay
@OtomostheCrazy your turn to reply to Oscar
In Make a wish, corrupt a wish. → 2 yrs ago Forum: Spam Forum
Granted but it only applies to you in this timeline and universe

I wish that Fortuna on Warframe comes soon for console
In Describe something poorly and let the person below figure it out → 2 yrs ago Forum: Spam Forum
@Lady Selune