This sounds like it could be fun. Question for ya, just to make sure I'm understanding correctly. Would players be forming teams to compete against each other, or against NPC teams?

Hi there! First off, thanks for giving this a look-see.

Depending on the amount of interest this gets, the general intention is to allow for both cases. Essentially:

3) The winner of the Xiaolin Showdown wins the disputed Shen Gong Wu artifact, as well as any additional artifact wagered in a game of luck, skill, strength, speed, etc. determined by all participants of the game. This game will be disputed via a dice roll, which means that a team may be unlucky and lose all of its artifacts; this wouldn't be a "game over", it would just be a "try harder; maybe do a heist".
I would like teams of three initially to encourage more teams and therefore that PvP aspect, but each team could technically be six members deep based on available elements.
In A Song of Ice and Fire - the Blackfyre Rebellion → 4 mos ago Forum: Advanced Roleplay
House Blackwood 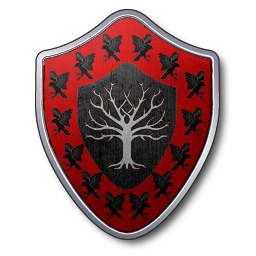 Recent History:
Every House is subject to the ebbs and flows of fortune and currently... House Blackwood's fortunes are in ebb. Ser Edmund Blackwood wasted away to a mysterious and sudden illness too rare for the Blackwood Maester to treat and a scant few years later, Lord Quentyn Blackwood was slain by Ser Otho Bracken in a tournament melee, meaning the only remaining trueborn Blackwoods were all of legal minority. Thus, over the past two years, a regency council has ruled over Raventree Hall, forcing the Flock of Young Ravens to bide their time before exacting their revenge. 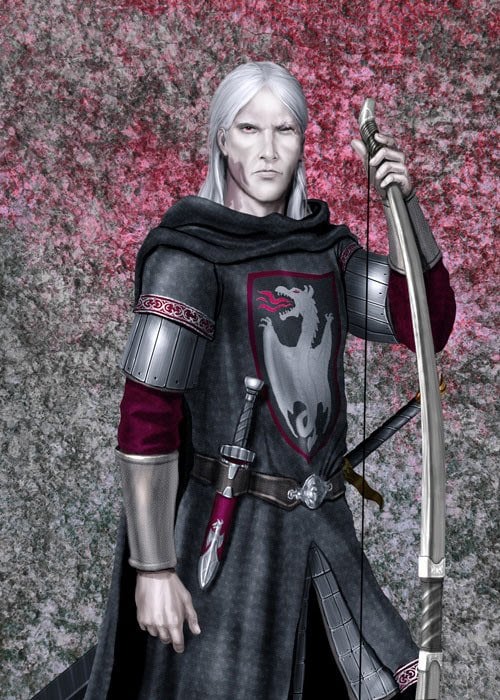 Name: Prince Brynden “Bloodraven” Rivers
Age: 27
Biography: Brynden was born in King’s Landing as the bastard son of King Aegon IV Targaryen and his sixth mistress, Lady Melissa Blackwood, who had replaced the king's fifth mistress, Lady Barba Bracken. Brynden's older sisters were Mya and Gwenys Rivers. Although Melissa was eventually dismissed by Aegon IV in favor of his seventh mistress, Lady Bethany Bracken, Brynden was able to maintain close relations at court because of Melissa's popularity. Like all his half-brothers, Brynden was legitimized by Aegon on his deathbed, an action that earned the late king the whispered epithet of ‘The Unworthy’.

Aegor “Bittersteel” had always been resentful of Brynden. Brynden’s mother had replaced Aegor’s own as the King’s preferred consort, and later on in life it was Brynden, not Aegor, who earned their half-sister Shiera’s favor. Despite being lithe in frame and weak compared to his brothers, Brynden was smart, cunning, ruthless, and he held some mysterious form of charisma; a force of personality that spurred others to do Lord Bloodraven’s bidding. There are many who have gone as far as to accuse the Master of Whisperers of sorcery, but Lord Bloodraven has only ever held the good of the realm in his heart. 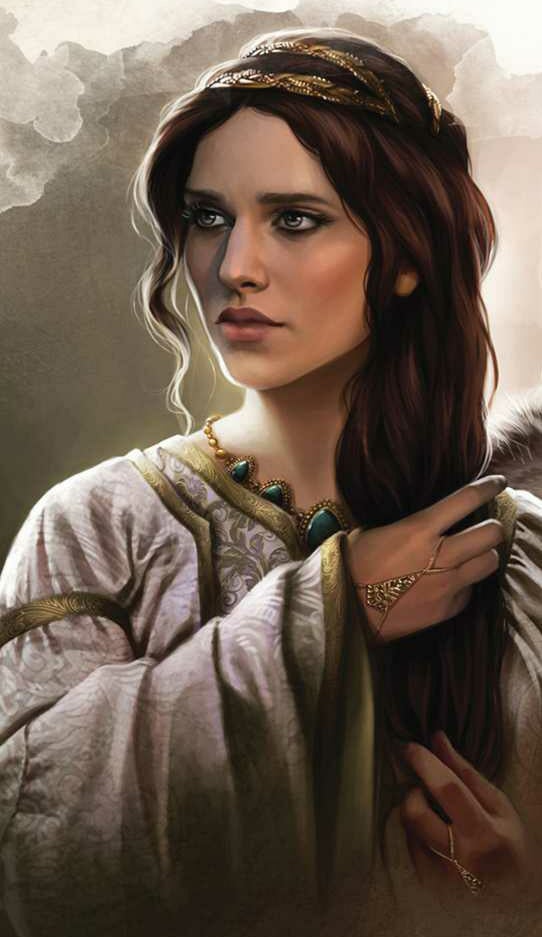 Name: Lady Melissa "Missy" Blackwood
Age: 45
Biography: Both younger and prettier than Lady Barba (albeit far less buxom), as well as more modest, Missy has always had a kind heart and a generous nature that led even Queen Naerys herself – as well as the Dragonknight and Prince Daeron – to befriend her. During her “reign” as the king’s consort of choice, she bore King Aegon three bastards: Mya, Gwenys, and Brynden (Bloodraven) Rivers.

Eventually, Lady Barba Bracken would successfully plot to replace her with her younger sister, Lady Bethany as king’s consort, but good Lady Missy had powerful friends in court by then, and she continued to call the Red Keep home along with her three children.

Nowadays, she mostly works in advising her young son and Master of Whisperers. Lord Worm has many enemies, after all.

Name: Young Lord Bennifer Blackwood
Age: 14
Biography:Son of Otho Blackwood, young lord Bennifer is set to inherit Raventree Hall and Blackwood Vale upon his ten-and-sixth name day. The orphaned grandson of Lord Quentyn Blackwood who was slain in a tournament melee by Ser Otho Bracken, young lord Ben intends to become a knight in order to avenge his grandfather’s murder at Bracken’s hands, and to force a pact of peace with House Bracken through a marriage arrangement.

Young Lord Ben is the son of the late Ser Edmund Blackwood, who died of a sudden illness prior to his own father, Lord Quentyn. Ben also has three younger brothers: Robert (12), Roland (10) and Roger (8), with each brother being two years younger than the prior, and an older cousin Lorent (16) who rules over Muddy Hall in Blackwood lands.

Name: Late Lord Quentyn Blackwood
Age: 57 ✝
Biography: Lord Quentyn Blackwood ruled Blackwood Vale from Raventree Hall for 35 years before his ultimately untimely death at the hands of Ser Otho Bracken. House Blackwood and House Bracken have been traditional enemies to each other since time immemorial, and though the scheming between both Houses had been limited to the royal halls as of late, this death and the ultimate feelings of revenge instilled in the four Young Ravens, may lead to a true renewal of hostilities between both Houses.
In Timelines In Peril! Time Patrol Now Hiring! (A Dragon Ball Z RP) → 4 mos ago Forum: General Interest Checks
Sounds like a cool concept. Just a question, since DBZ Time Patrol includes a bunch of alternate universe versions of main characters: are you expecting us to use canon characters or OCs, and if OCs, can we be the alternate universe version of a canon character?
In Xiaolin Showdown: Fight for the Shen Gong Wu! → 4 mos ago Forum: Tabletop Interest Checks 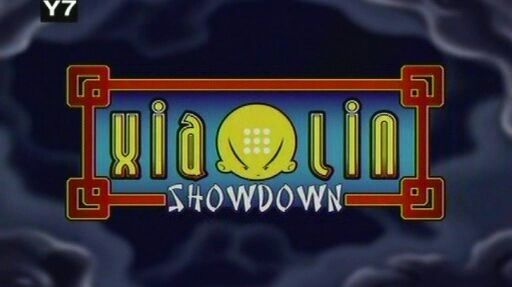 The Story So Far…

Omi, Raimundo, Kimiko and Clay were the students of Master Fung in the old Xiaolin Temple in China, tasked with collecting all Shen Gong Wu once these ancient magical artifacts awakened. This is because the Shen Gong Wu are incredibly powerful artifacts capable of either destroying the world or bringing upon an age of darkness should they fall in the wrong hands.

Master Fung’s intrepid students were close to completing their quest on several occasions, only to be thwarted at each step by recurring villains such as: Jack Spycer (evil boy genius), the Heylin witch Wuya, and evil Xiaolin monk Chase Young, who each sought to collect the Shen Gong Wu for their own nefarious needs.

Unfortunately, the battle with Chase Young would eventually lead to the destruction of the Xiaolin Temple, the death of Master Fung and Chase Young’s escape. Disillusioned, the Wudai Warriors disbanded, disavowing their leader Raimundo’s pleas to stick together and eventually founding independent temples around the world, for they all understood one thing:

Eventually, the Shen Gong Wu would awaken once more.

So, the general idea behind this RP will be to form small groups of RPers who can work together and compete against other groups to collect all Shen Gong Wu, store them and finally put an end to the threat that is their continued awakening. That being said, none of the other temples can be trusted to keep their Shen Gong Wu safe, can they?

In other words, it’s a competition. Therefore, we will be using Simple World; a PbtA variant intended to allow for quicker gameplay without playbooks or the sort while still relying on (2d6) dice rolls. The mechanics you’ll need to keep in mind are as follows:

Instead of stats, we will be using approaches similarly to FATE. You will roll these based on how you “approach” a situation. The approaches are: Cool, Hot, Sharp, Blunt, & Cute.

Additionally, we will keep track of relationship stat values with your teammates, which will be variable based on how close you are with each individual member of the team.

Lastly, your rolls may receive a +1 bonus based on whether you’re being helped by a teammate, a -1 malus if you’re being hindered by an opponent, a +1 bonus for optimal or inventive use of a Shen Gong Wu artifact, and lastly, a +1 or -1 from the GM based on general context, so make sure to challenge your opponent to a game that is stacked in your favor and remember: Gong Yi Tanpai!

You are a student of one of Master Fung’s former students. Form a three player team first and each of you select one out of the following six elements: earth, fire, water, wind, wood, lightning. Then fill the following character sheet:

Approaches: (first assign one value per approach: +1, +1, +0, -1, -1, then you may increase one approach if you decrease another by 1)
Cool:
Hot:
Sharp:
Blunt:
Cute:
Background:
Personality:
Appearance:

Teamwork: (assign -1 for Teamwork with your teammates at game start, this value will be variable)
Teammate 1: -1
Teammate 2: -1
Moves: (I need to flesh out how these will work, but you will be allowed to create your own personal moves based on your training)
Technique 1:
Technique 2:
In Hello → 4 mos ago Forum: Introduce Yourself
Just dropping by to introduce myself as it is recommended. My name is Goose, I started playing forum RPs about 12 years ago, although I did stop for a while. It's recently been recommended to me that I retake writing as a hobby, and keeping a journal seems too tedious, so here I am.

Looking forward to playing with you all!
© 2007-2017
BBCode Cheatsheet