STATUS: I'm clearly adopted. I have two drinks and I'm hammered, meanwhile my dad has a beer, a brandy and a glass of wine going simultaneously with dinner... 3 days ago

3 days ago
Current I'm clearly adopted. I have two drinks and I'm hammered, meanwhile my dad has a beer, a brandy and a glass of wine going simultaneously with dinner...
4 likes
5 days ago
Edgelords be edgy.
1 like
9 days ago
Deciding whether to get Warhammer Total War, seems like alot of effort
1 like
12 days ago
How is it whenever I learn a Japanese word from this site I never feel my life enriched by the experience?
4 likes
12 days ago
1x1 is the best RP, gives both players maximum creative control of the world
3 likes

Early 30's. I know just enough about everything to be dangerous. 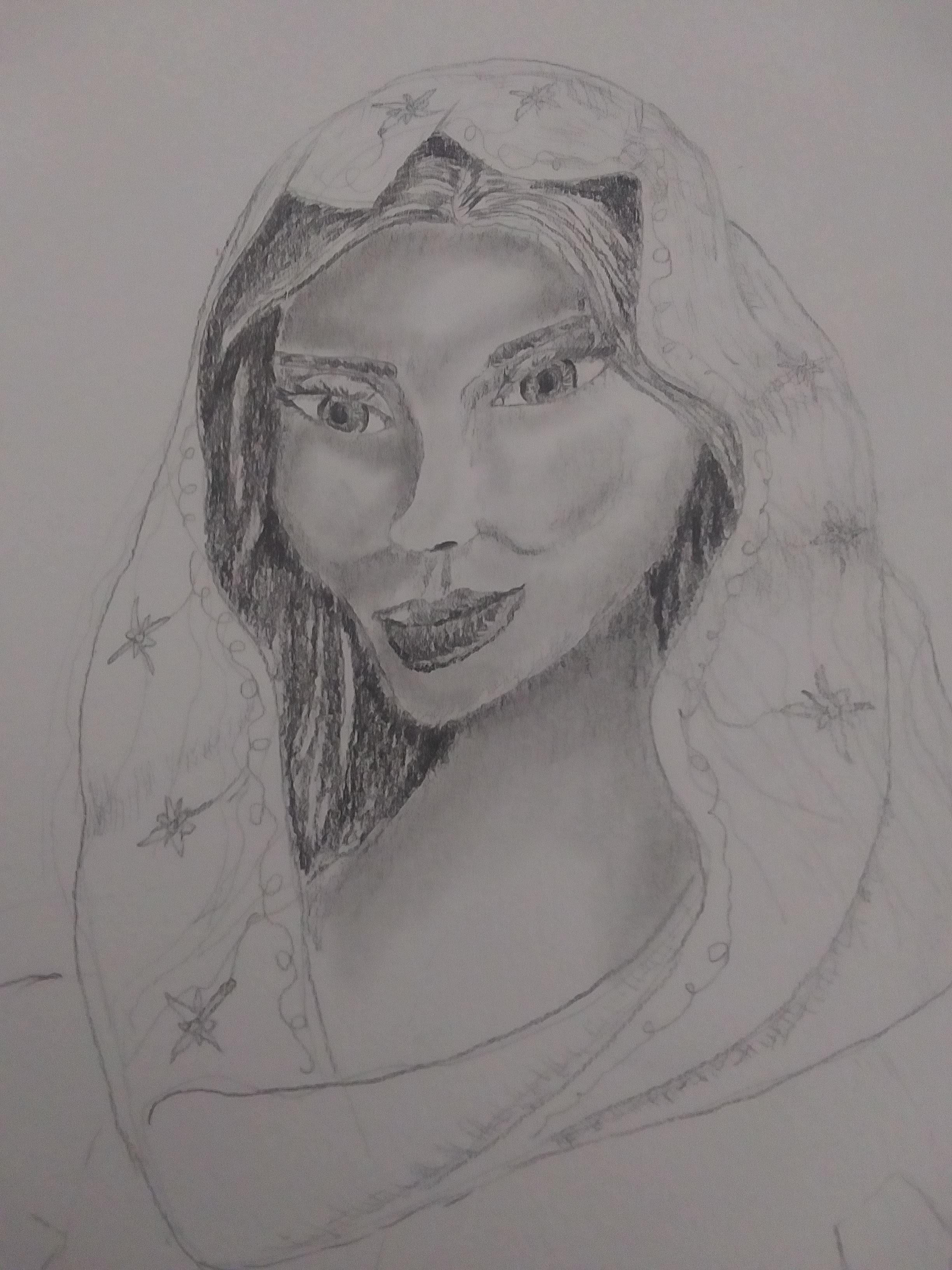 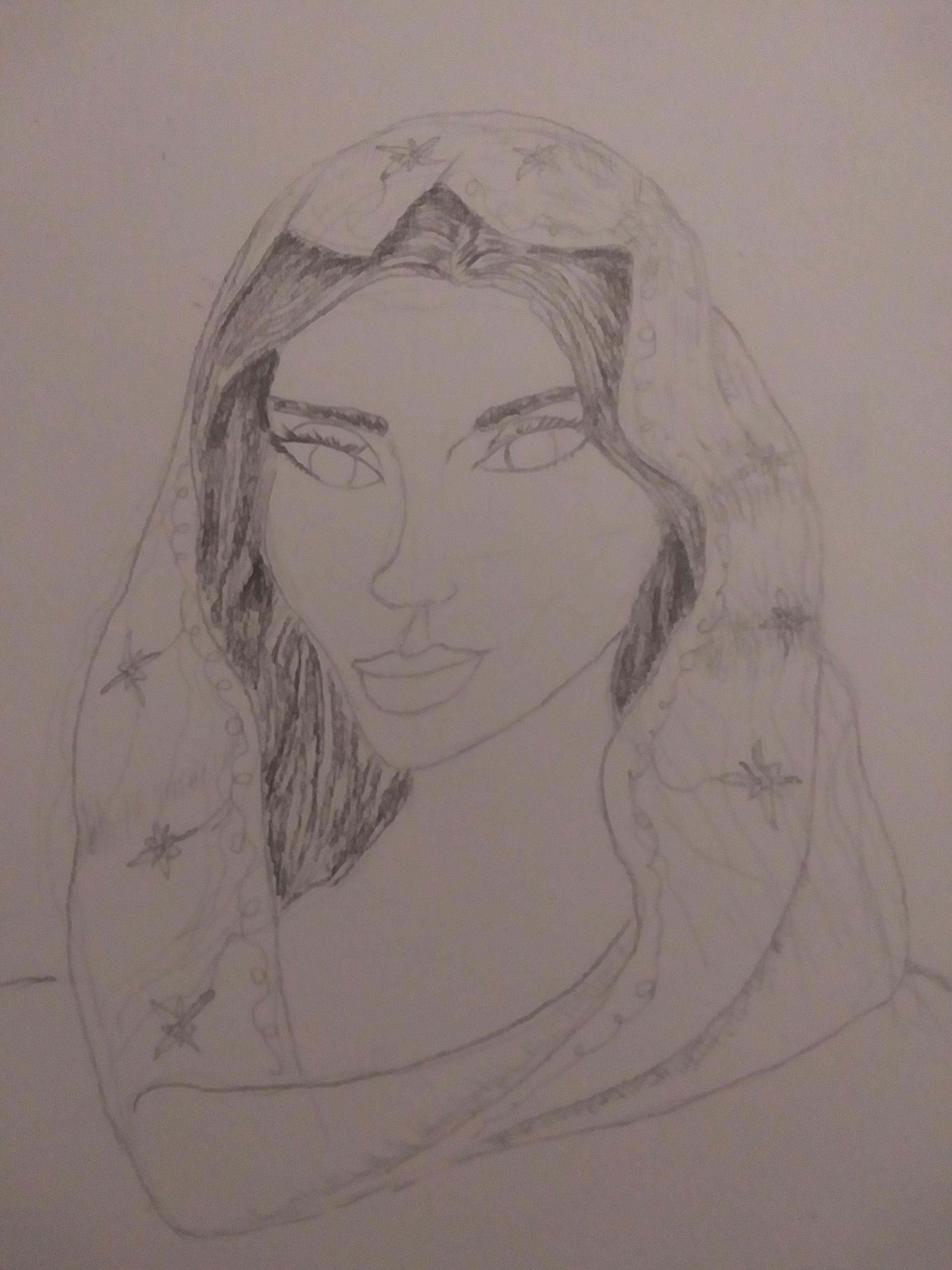 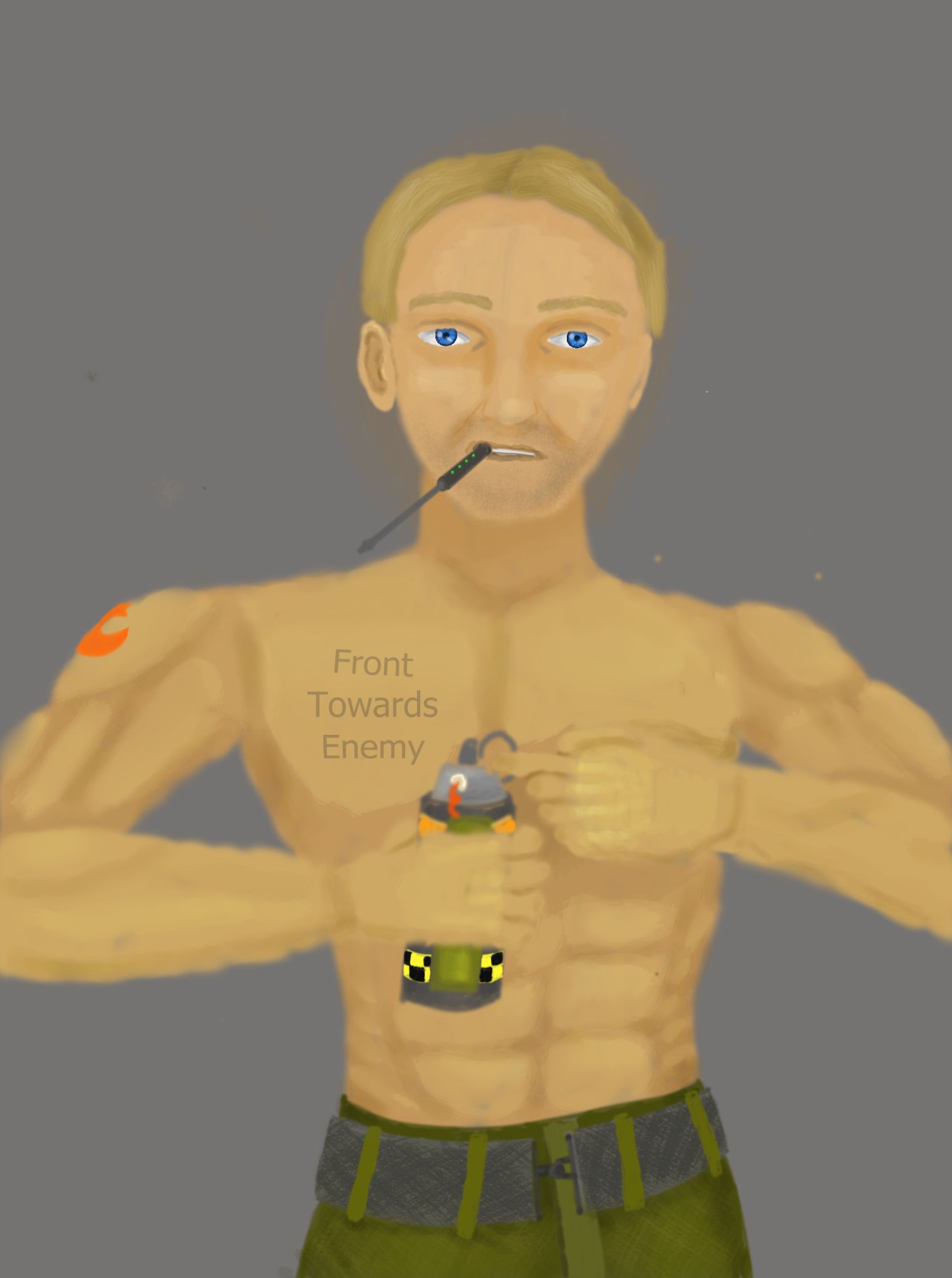 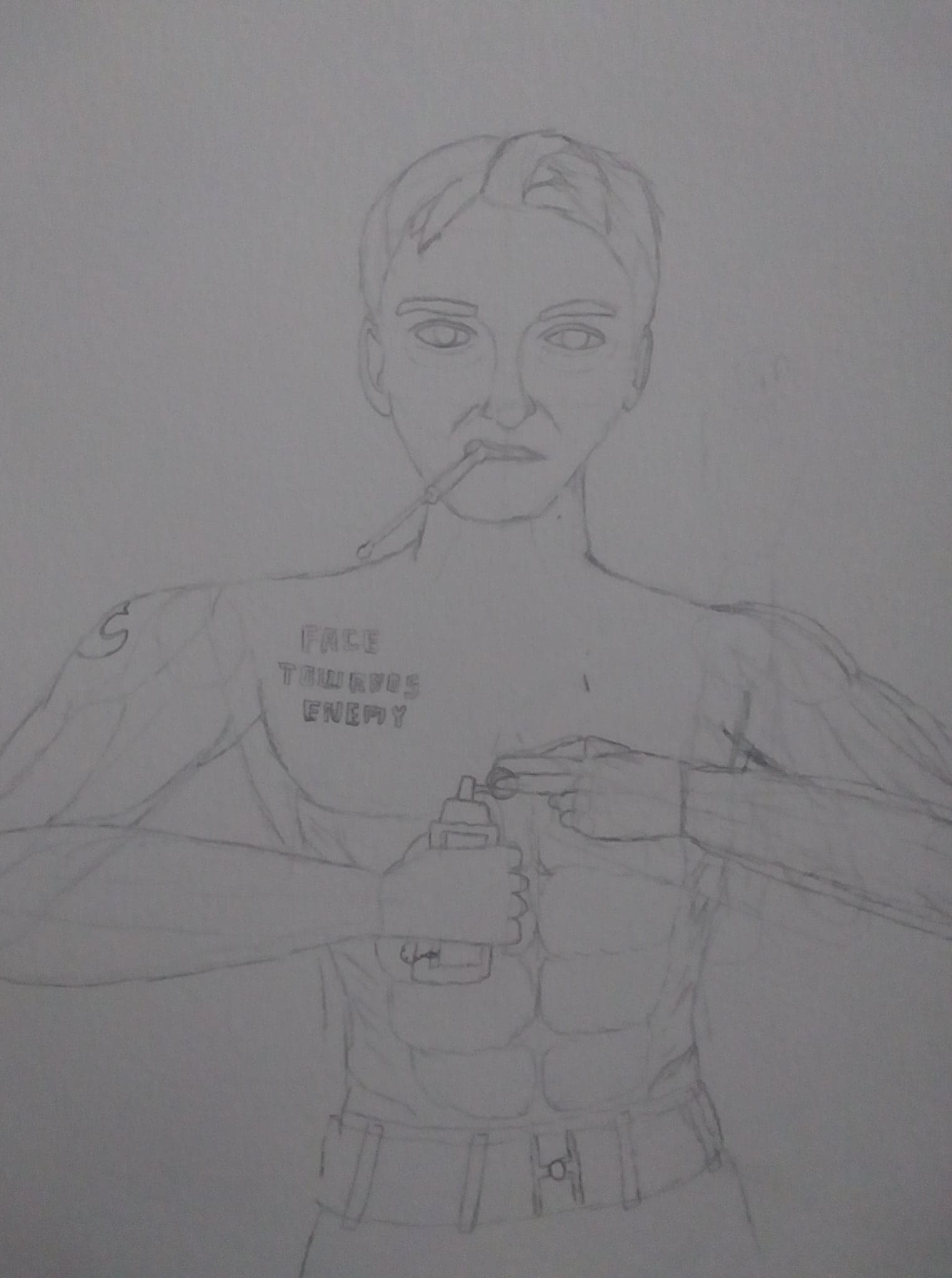 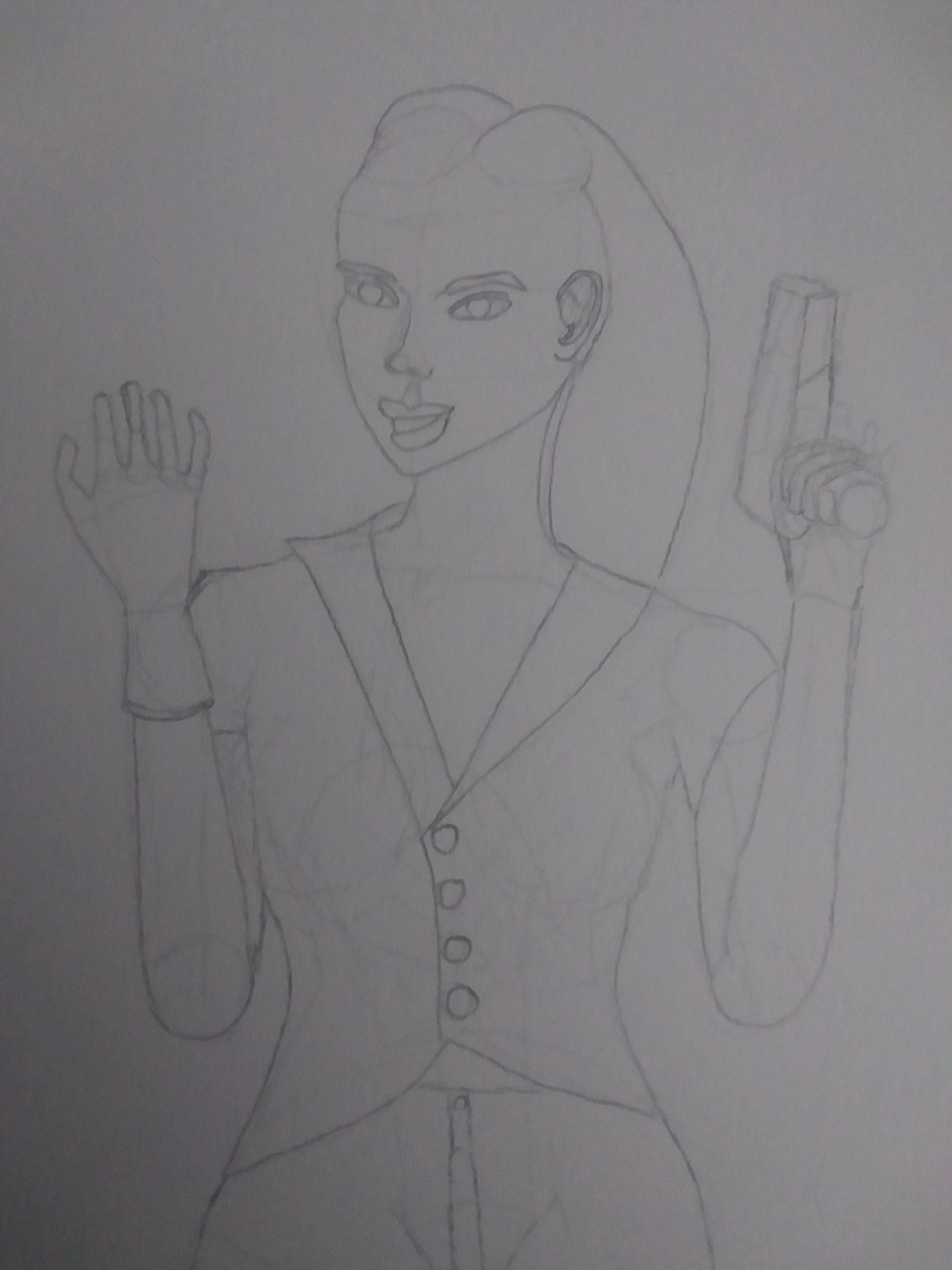 In Thrilling Tails → 2 mos ago Forum: 1x1 Roleplay
Opportunity stood slowly, her enfield rifle and one of her pistols had been lost in the chaos and she slipped the magazine from her remaining .45 to find that she only had two rounds left.

"Our situation," she said dryly, "has not improved."

She reached out and touched the bark of the vast tree before them. Shimmers of light seemed to pulse up and down the tree, vanishing into the unimaginably distant height above them. As Opportunity's hand contacted the bark there was a sharp crack and she jerked back with a cry of alarm. A figure, dressed in chain mail armor and carrying a brutal looking axe and a shield painted with a red raven on a white field stood before them, coils of smoke drifting up from his hulking form as though he had stepped out of a sauna. An impressive beard protrutede from beneath his half enclosed helmet.

"An Einherjar," James said wonderingly. Opportunity kept the man covered with her pistol, though if the weapon gave the man any pause he didn't show it.

"A jar of what?" Opportunity asked testily.
In Sum up your week in roleplaying in just 3 words → 2 mos ago Forum: Roleplaying Discussion
Mostly I drew
In Gold & Glory: AU thread → 2 mos ago Forum: 1x1 Roleplay
Morgan nodded obediently, responding to Markus' tone as much as what the captain was saying. He gave Emmaline a suspicious look, then turned back to the younger man.

"I'll have the men rig the main course with Estalian reefs, we wont be able to shake our our royals..." he paused, remembering that Markus had been struck down at or shortly before the time the the caravels mainmast had come down.

"But that wont matter much with the winds coming out of the northwest, not as far west as we've run," Morgan mused, pausing to allow Markus a chance to contradict his decision. Markus made a gesture which, if not assent, wasn't flat contradiction. The old privateer nodded, gave Emmaline a final suspicious look and withdrew, closing the door behind him.

"That is gratitude for you," Emmaline said tartly, wincing slightly as she crossed the room to the side table on which she had stored the cooking and alchemical supplies she had used for her ritual. The poured a little of her alchemical base into a cup and then added a few herbs, stirring it with a wooden spoon before topping the mix off with water from a pitcher. She crossed over to Markus and put the cup into his hands.

"Drink this," she directed, "It will help." Markus watched her suspiciously for a minute and then drank, wincing at the taste.

"What is it?" Markus asked.

"A mix of herbs and alchemical base, alcohol really, in a few minutes you will feel a pain in your side, like a stitch, and you will start sweating."

"If your plan is to poison me..." Markus began, though his voice was amused rather than angry made a dismissive gesture.

"If you show up on deck looking like Shyalla has come down from her heaven, the men will throw me into the sea some dark night regardless of what you say."
In Penny's Pencils → 2 mos ago Forum: The Gallery 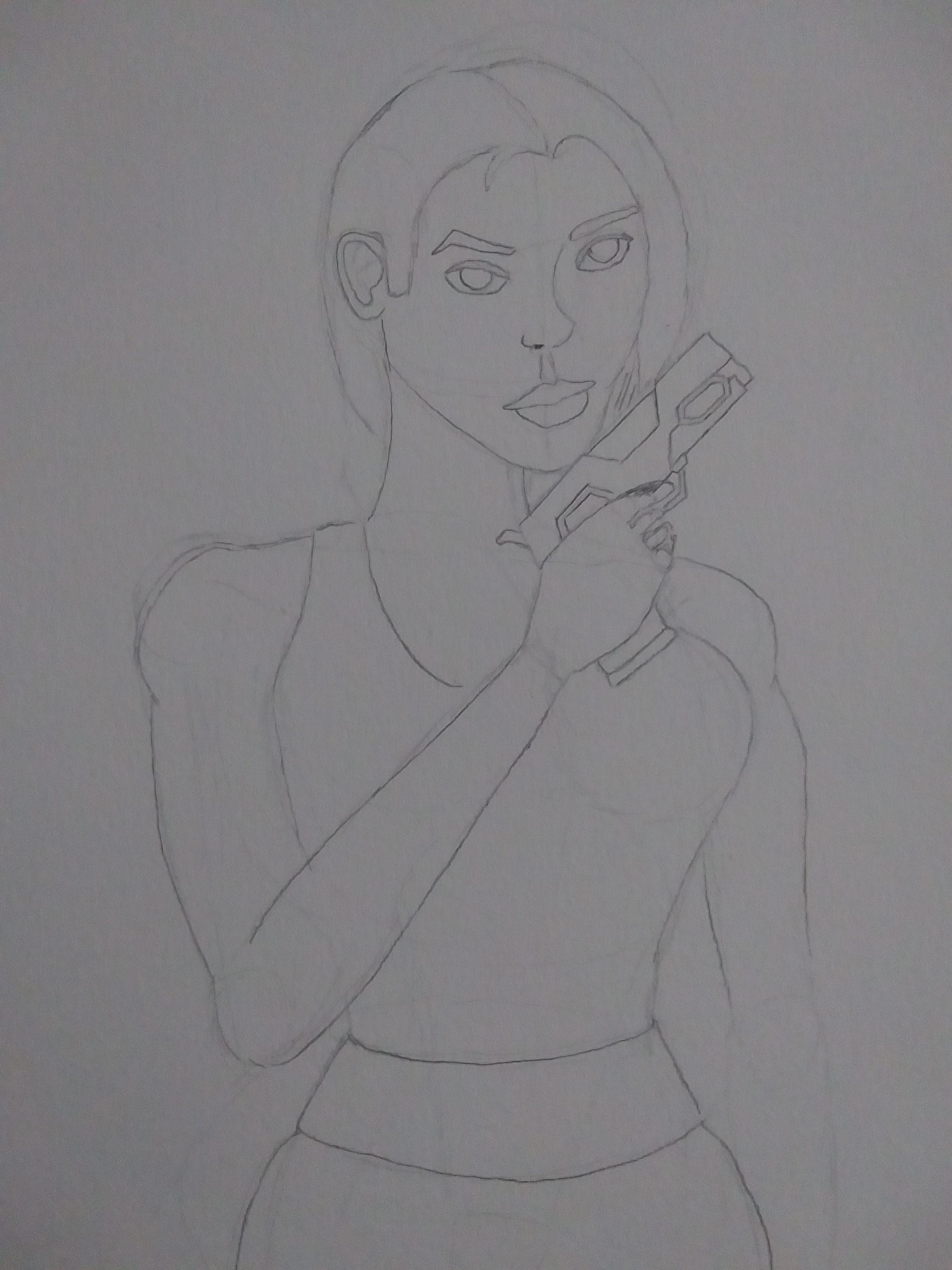 In Star Crossed: The Duke's Rebellion → 2 mos ago Forum: 1x1 Roleplay
"I suspect, that if you are alive to ask, the Empress will be happy to comply," Rene joked, though the humor had a touch of the gallows to it.

"I like the forest too, as a boy I spent alot of time... wandering I guess, but also hunting and fishing on our estate," he smiled fondly remembering days spent wandering the alpine wilderness. His family swordmaster, a grey haired old soldier named Cheralin, had accompanied him at first, teaching him they ways of the wilds. Rene's father had been distant but had obviously approved of his son's inclinations as better training for life than time immersed in video simulation games, cars, women, or the other past times of the idle rich. The landscape here was sere and uninviting to Rene's eye, and worse it lacked meaningful cover and concealment. Rene wondered what the landscape was like on Traulis Major, the current ducal seat, of course there was no reason that Solae, if she ascended to her proper station, couldn't move the court wherever she liked. That might even be an advantage as it would allow them to effectively begin the sector beauracracy anew as they purged it of Tan's loyalists.

"Lets get you to bed your grace, and we can discuss Imperial largess in more detail," he suggested. Carefully as he could he reached down and lifted Solae from the medi-comp. His tired muscles screamed but he pushed through it, Solae wasn't in condition to stand up unaided and none of the others would be as comfortable as he was man handling the duchess. He carried Solae across the room and down the short hallway to the captains cabin as Rosaria and the Syshin got Savachev onto the bed of the medical computer and initiated the auto treatment cycle.

No amount of Ten's money had been able to make the small cabin luxurious, but it was far cleaner and better stocked than it had been when Rene and Solae had taken possession of the craft. Rene lay his love down on the bed and then sniffed critically. Rosaria had a point, the combination of sweat and mud was bad enough but the byproducts of fear, fear for Solae, and adrenaline combined to give him an unpleasant reek. Excusing himself he stepped out and into the refersher station. Stripping out of his filthy garments and allowing the combination sonic and water shower to sluice him clean. His body burned and throbbed, especially his hand and arms which had been stripped raw by manhandling the casings they had used to drill. He had blisters which would be sores by the morning, but that was a cheap price to pay, doubtless he could find some salve in one of the first aid kits. Turning of the shower he dried himself and dressed in a white cotton T-shirt and a pair of dark grey fatigue pants. He unhooked his pistol from his weapons belt and inspected the weapon, wiping it clean with his soiled shirt and assuring himself that mud hadn't made its way into the barrel of the mechanism. By rote he worked the action, ejecting one of the thumbnail sized ammunition discs, then removed the magazine, reseated the round and reloaded then gun. Satisfied, he slipped the weapon into a cargo pocket. He was probably being paranoid, but he was technically on duty and though neither Bouradine or Bel'sian seemed to be a threat they were still strangers. Satisfied he tossed the remaining dirty clothes including his utility belt into the laundry bin and headed back to the cabin.

"Master Quentain," Bouradine called as he emerged from the shower, the merchant had clearly been waiting for him to do so. Bouradine looked nervous although perhaps that was his normal look rather than a reaction to the circumstances.

"It is Colonel Quentain," Rene corrected, then grinned slightly to show that it was something of a joke.

"Although I'd prefer Rene when we are in private," he continued with a slight grin. There was enough rank on what was effectively a tramp freighter without adding to the formality by demanding titles when they weren't needed.

"You want to know what she intends to do with you and Bel'sian?" Rene concluded, cutting through the fellows hesitation. Bouradine's head drooped in a nod that was at least partially resignation.

"If you take me back to Ranal Pindi, Totlya will kill me, kill me sure. I don't have a chance of winning a challenge and he will make sure I die as much because I am a human as I am a rival for Bel'sian. There are those among the Kalderi who view what we are doing as an abomination. I'm not a coward but I have to be realistic," Bouradine continued in a rush. Rene cocked his head slightly. Did Bouradine really think Rene would judge him as a coward for not wishing to engage in a fight he couldn't win? Clearly he did, and perhaps at some deep primal level Rene did make a judgment, intellectually however, he knew that Bouardine was a merchant and no warrior. There was no shame in refusing a fight one couldn't win and no cowardice either.

"For your first question, no you may not speak with Solae," he began holding up a hand to forestall an objection which was already forming on Bouradine's lips.

"Her grace needs time to recover from what she went through, time for the drugs to clear out of her system," he explained. Even if Mia hadn't made a point of mentioning it, he wouldn't have wanted her to be rushed in deciding what to do about a problem so politically complex. Bouradine's face worked in a moo of frustration.

"I will tell you that whatever Solae, that is Duchess Falia decides, it will be just," Rene said, laying a hand on Bouradine's shoulder.

"She isn't the sort to sacrifice someone on the altar of political expediency," he continued. That was certainly true, though Rene didn't see there were a lot of options other than returning Bel'sian at least to her people. They needed Kalderi support and they couldn't risk alienating a powerful potential ally.

"I..." Bouradine began looking uncertain and miserable but at least he didn't appear to be on the verge of taking precipitous action. People in emotional straits often made questionable decisions and it would have upset Rene to have to shoot Bouradine if he tried to hijack the ship as the only method to protect himself and his lover.

"Solae will see you as soon as she is able, and we will discuss our next move," Rene told him, deliberately using 'we' to imply that it was a true discussion in which Bouradine had a stake and a voice. The merchant had helped save Solae afterall, even if he had been motivated by Bel'sian's presence. Rene would do as Solae ordered of course, even if that meant shooting Bouradine and dumping his body outside, but he couldn't imagine her ever giving such an order. Rene gently turned the merchant back towards the hold. Bouradine seemed to be about to say more but thought the better of it and stepped off back towards the core of the ship. Rene watched him go for a few moments and then turned and headed back to the cabin.