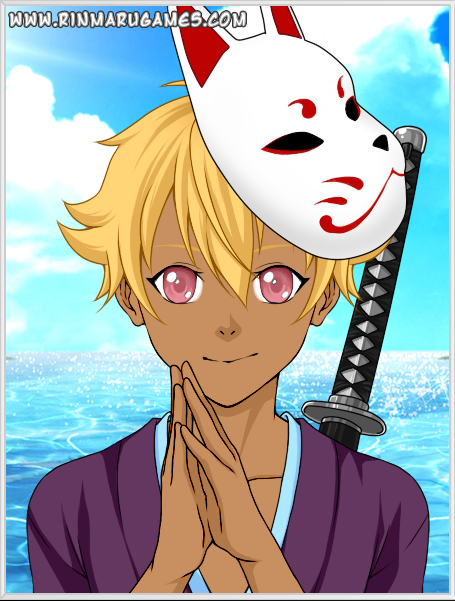 Iori was born in Konoha to the infamous Kusanagi clan, A clan that is known to have a cursed bloodline. His father Saisyu is a high member of the military in Konoha, pressuring Iori to join the military and become a general like himself. But Iori instead wanted to become a ninja like his later mother Shizuka. Being trained by his father in learning various fire-style jutsus. During the Chūnins exams, he almost killed four Konoha Genin because of his cursed bloodline. This isolated him from the other Gennin, But besides this set back he was able to complete the Chūnin exam. Working with his team on various D or C rank missions. Iori tries his best to suppress the blood rage of his family and to be respected by his peers.

-Able to track others even if they are days ahead.

Every member of the Kusanagi bloodline is cursed to go into a blind rage when in moments of extreme stress, some family members are able to activate this ability without being in that particular situation. When someone is in this blind rage, they will act against everyone in sight, wiether they be friends or foes. They are given a large amount of chakra to burn at the cost of quickly tiring them and spending all of their chakras. The only way to calm down a Kusanagi is for someone close to try and get through to them, knock them out or kill them.

Let me know if i need to change or add anything.

He's not based on KOF, is he?
In Tales Of Shizuyama (Far-Eastern Monster Girl RP) → 3 mos ago Forum: Casual Roleplay

"I think I'll help in finding this Takamori guy. Sounds like he would've been invaluable on that beach and he's definitely gonna be invaluable if we want any hope of driving these Varjan pricks off this island.", Kerry said, stretching before turning to her teammates. "Anyone care to join me?"

"Hm, ye' sure you wanna go after a guy like dat?" Wyndressa piped up. "I get the feelin' he'll try to get ye' before ye' even ten paces of'em!"

Still, when Takeshi mentioned the others; two names of interests popped up.

"Kageho is a shinobi who was supposed to attempt to sneak through the Varjan blockade alongside others. The last wave of shinobi that we could send. I... ordered them not to go anymore, behind my father's back, since it would have been a waste and the Varjans were upon us. It was too late to call for reinforcements from the other islands.

Still, I expected her to show up in Sanjo Beach with the other shinobi. But they didn't. Anyway, their hideout should be around here somewhere. Try looking for any suspicious clearings in the forests around here. We can use their help."

If these "Shinobi" had been trying to spy on the Varjans, then perhaps one of them might know something about Hilda.

Takeshi's inner conflicts made him awkward in talking to the taskforce. Finding a spot a bit outside the center of the camp, he had decided to sit near the drinking Wyndressa. "...It is strange to see a human woman amongst a group of yokai." He remarked, assuming incorrectly about the white-haired hybrid.

Finally, a good laugh. It'd been far too long, what with all the fighting and village rescuing and dealing with that horde of joyless cunts. "Oh, sure. Let's go wit' dat!" She covered her chuckle with another swig. It'd take much longer for Wyn to get drunk on this stuff. But, it helped take the edge of, little by little.

After a successful retreat, and camp set up, Wyndressa sat back with a nice skin 'o booze and took in the banter. She watched the flame as she listened. She had almost forgotten about Hilda, now that she thought about it. But, with the situation having gone haywire, breaking off to do some digging was nothing short of suicide.

For now, she took her attention to the two newcomers. "I'm Wyn. Thanks for savin' our arses back there!" She said to the Owl Mage, before she took off to pick flowers, or something.

Shizuka made his way over to Wyndressa for a moment. Having put her in charge of the other taskforce group, he was glad that everyone was able to make it out of the village in one piece.

”Evening Wyn-san, hopefully you’re holding up pretty well.” He pauses for a moment, as if thinking. ”I’m aware I put you on the spot back there, suddenly splitting the team in two then putting you in charge. It was a split second decision, but you definitely proved that I made the right choice. Good work out there. At any rate, I’m going to check on the others, keep an eye out for anything suspicious you hear?”

She looked up from her booze and nodded. "Aye, nothin' to it! Everybody practically worked on their own. So, all we had to do was take heads 'n give them villagers some breathin' room!"

He felt a slight pain starting to throb in his head. A strange voice suddenly boomed in his mind.

He held his head with a hand, trying to shake away the pain along with the voice.

”No! My warrior spirit will shine like the rising sun before dawn!”

The swordsman was covered in a cold sweat, his hand was clenching in a trembling fist, and he was breathing heavily. He then quickly saw that everyone was shooting him a look. He wiped the sweat off of him and cleared his throat.

Wyn couldn't help sensing the Shoggoth's mana working. Between Shizuka's sudden "headache" and the bunny staring at her ass; a thought to cast The Brand on her surfaced. Buuut, between being tired from using so much magic without actually drinking any blood to recharge, and the fact they just dodged a harrowing situation; it was best to let that thought slide by.

"Oi, Shoggoth!" Wyn addressed Nyla. "You wanna cut that out, before I do?"

Then, when the guy Atsuha dragged back came barreling out of his tent, babbling and swinging his sword about; Wyn couldn't help but laugh between sips...

"Hm, hope I didn't look like that, back at the docks..." She realized.

Still, when he calmed down and explained his situation; Wyn's mind worked out the beginnings of a plan. Perhaps she ought to approach this guy about killing two birds with one stone later.

For now, booze.
In Tales Of Shizuyama (Far-Eastern Monster Girl RP) → 3 mos ago Forum: Casual Roleplay
Same. Work's been taking a lot out of me. Most of the posts seem to be going by as blurs to me
In Multiversal Discord: The Mass-Scale Crossover RP → 3 mos ago Forum: Casual Roleplay
Jesus christ! You guys started without me!
© 2007-2017
BBCode Cheatsheet