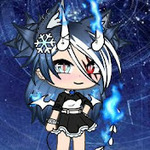 99 posts
in 285 days
Seen 5 hrs ago
Bio
WWE (Specifically the Judgment Day.)- The Judgment Day is a villainous professional wrestling stable formed in April 2022 and currently composed of Finn Bálor, Damian Priest, Rhea Ripley, and Dominik Mysterio. The stable performs in WWE on the Raw brand. The Judgment Day was founded and previously led by Edge.

On February 21, 2022, episode of Raw, Edge reflected on all the WrestleMania moments in his career and then he issued an open challenge for WrestleMania 38. The following week, his challenge was accepted by AJ Styles, to which Edge responded by performing a low blow on Styles before hitting him with a one-man con-chair-to, turning heel in the process. At the event on April 3, Edge defeated Styles following a distraction by Damian Priest.

Following WrestleMania, Edge accepted Priest as his pupil and the team's name was revealed as The Judgment Day. On the April 18 episode of Raw, Edge challenged Styles to a rematch at WrestleMania Backlash, which Styles accepted. At the event on May 8, Edge defeated Styles after a masked individual later revealed to be Rhea Ripley, shoved Styles off the turnbuckle. After the match, Ripley kneeled before Edge, becoming the stable's newest member. At Hell in a Cell on June 5, The Judgment Day defeated Styles, Finn Bálor, and Liv Morgan in a six-person mixed tag team match. The next night on Raw, Edge introduced Bálor as the newest member of The Judgment Day; however, Bálor, Priest, and Ripley suddenly attacked Edge and hit him with his own signature con-chair-to move, kicking him out of the stable.

The Judgment Day then began a feud with the Mysterios (Rey and Dominik) in an attempt to recruit Dominik into their ranks. At SummerSlam on July 30, Bálor and Priest were defeated by the Mysterios following interference from a returning Edge. At Clash at the Castle, Edge and Rey would defeat Bálor and Priest in a tag team match. After the match, Dominik turned heel when he attacked Edge and his father, joining the stable.

Cobra Kai- Set thirty-four years after the events of the 1984 All Valley Karate Tournament, when a down-and-out Johnny Lawrence seeks redemption by reopening the infamous Cobra Kai karate dojo. The move reignites his rivalry with a now successful Daniel LaRusso, who has been struggling to maintain balance in his life without the guidance of his now-deceased mentor Mr. Miyagi. The show is about two men addressing past demons and present frustrations the only way they know how: through karate.

Running parallel to the conflict are the story arcs of Johnny and Daniel's students. Johnny opens a new Cobra Kai dojo that attracts a group of bullied nerds and social outcasts who find a camaraderie and self-confidence under his tutelage, but there are some who take his aggressive philosophy too far, in particular his star pupil, Miguel Diaz. In contrast, Johnny's estranged son, Robby Keene, comes under the wing of Daniel, who hires the boy at his car dealership, initially not knowing that Johnny is his father. Daniel eventually proves a positive influence to the boy, teaching him Mr. Miyagi's philosophy of balance. Meanwhile, Daniel's daughter, Samantha, is caught in the middle of these conflicts as she learns who her true friends are and a better path to follow.

None of this is set in stone this is just an interest check. If enough interest in either of these topics a small group will be made. None of the character names are set, names can be changed and original characters can be used. For the sake of info, all of the information above is based on what happened if interested something can also be worked out to where it's not the same. If wanting to do a 1 on 1 pm me, if interested in doing a group comment which one you are interested in.
Hidden 5 days ago Post by FrostWolf
Raw —
OP