Matt continued to taunt the opponent, trying to hold on to his brave stance and his seemingly fearless taunts as he dodged and fought back, holding his stomach where the cuts were. The opponent was knocked down, and while he took some time to get up, eventually he did just that and lunged at Matt once more, who fearlessly dodged. The adrenaline kept him extremely careful and even his attacks were precise, hitting certain parts of the opponent's body. Places he studied as vulnerable in his body. He thought of his parents, thought of Katie for what felt like the millionth time. Then, he thought of Shiro.

Not only did he fight for himself at that moment, he fought for his family, for the brave man who protected him when he needed it most, and if it weren't for both of them he wouldn't have been where he was at that very moment. With a final claw and slam of his tail, the jeers and shouts of the crowd turned into white noise as the opponent's life was finally taken away from him by some grand miracle. Panting heavily through his gills - which screamed at him to calm down - he looked back at everyone, then looked down at his hands. Bloody and very painfully hurt.

He was done here.

He guessed Shiro was taken to the cave he was taken to in the past when the roles were reversed, and as he reached the cold, familiar waters he saw the light and followed it. The sight of merfolk swimming around clicking frantically entered his field of vision, and as he let his eyes adjust to the sight, he heard his name be called with a familiar voice. He followed it immediately, until it led him to one of the beds where Shiro was laying. Who he identified as a magical healer stood beside him, and while the mermen that kept Shiro restrained turned their concerned attention to Matt's injuries, he brushed them off, instead looking straight at the other merman. 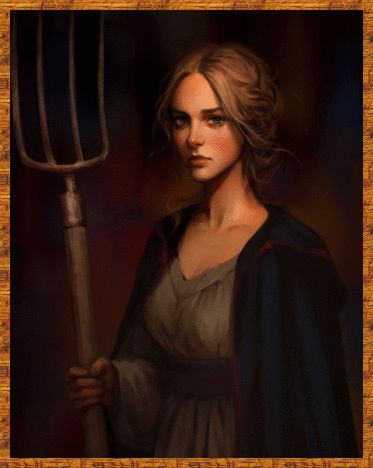 Vaylla Brudien is a simple peasant woman from the kingdom of Fairden, and while she always lived in the capital city where the hustle and bustle was, it didn't mean she particularly enjoyed living there. When she was but a child surrounded by two brothers, she learned that her mother owned a dress shop that was renowned throughout the entire kingdom. Her father helped her gather expensive materials she would need to make clothes, so Vaylla was always surrounded by needles and yarns as well as customers who often visited them at home. Later on in her life, a period she either does not remember or simply repressed as she grew up, her mother was gone from their home and was never seen again. The day of her disappearance, a huge fight ensued between her and Vaylla's father and she stormed off, packing her valuables with her and leaving without a word.

Until this day, Vaylla and her brothers still do not know if their mother left on her own accord or if something took her life - most likely the animals strewn about in the wild - but after a lifetime of mourning soon they couldn't find it in them to care as their adult lives began to set in. Vaylla stayed in Fairden while her brothers found their own job opportunities and traveled abroad. The fee of their travel was already very expensive and to cut down the money they would lose on the trip, Vaylla decided she would stay in the kingdom with her father. She later regretted that decision as a strange winter began to latch itself to the kingdom, obstructing any trades between the kingdom and other countries as well as negatively affecting resources. Everyone seemed tense and while she envied her brothers for staying away from all that drama, she realized the hard way that she was meant to stay here.

Soon, her father got very ill and soon died because of all the sadness and loneliness he kept locked into his heart for years. Vaylla, overwhelmed by guilt and helplessness, bothered that she couldn't save her father's life in time, went into hibernation and wouldn't speak to anyone or even find work to support herself in such a cold, unforgiving kingdom ruled by a cruel, merciless monarchy, living with one of her financially able friends. It took her years to finally dust off the past and on her 25th birthday, she returned to her family cottage and began to find jobs. Ways to earn money as best she could. Sew clothing, cut wood and carry out other physically demanding jobs many women in her kingdom would run away from. Soon, she tired of sewing since patience was never her strongest suit, and cutting wood was as mundane as her life felt. She left both of those jobs, currently setting off wherever her feet took her without a particular goal in mind.

She wonders sometimes though, as she defends herself with the rake she used to tend to the gardens with before the eternal winter, if a chance to begin again would befall her. She would take it without a doubt.
In of mer and men [Sheith Merman!AU] → 2 yrs ago Forum: Free Roleplay
Luckily, Matt dodged those dangerous teeth in the nick of time, and flitted away from the opponent, swimming over to face his back and with all his might - the same thing he did with Shiro, though he figured the effect wouldn't almost be the same - he slammed him with his tail, planning in mind for it to burn or at least knock him down.

His hands came up to the cuts on his stomach, hissing a bit, surrounded by crimson water. It hurt him to no end, but he wasn't going to stop until the opponent was done for.

Wherever he was right now, Matt hoped Shiro was going to be okay.
In of mer and men [Sheith Merman!AU] → 2 yrs ago Forum: Free Roleplay
With Shiro out of the way, Matt felt relieved to have the arena for himself as he began to hear the familiar bustle of paramedics coming in to take away the fallen merman. Good, now he could hurt the opponent and still attempt to keep himself alive in the process. He quickly studied his opponent, and through the thoroughly crooked grin, he realized this was an opponent that would have easily taken Shiro on in just a short moment of weakness from his part. Except, Matt felt ready to take him on.

Soon, though, he felt claws against his skin, penetrating him in a way that was equally painful and frustrating. He yelled out in pain before he too bared the claws he thought he would never find himself using, and lunged at what he analyzed to be the weakest spot in the opponent; the area of his neck. While he was calculating, Matt was just as calculating but he wasted less time doing so. His claws bared - paining him because of how little he used them (he wasn't proud of having them) - and he dug into the creature's skin, watching as a liquid he could only guess was blood seeped out of the wound.

Meanwhile, two mermaids came to carry Shiro out of the arena, over to where most merfolk went for emergency injuries. It was a small, faraway cove where mer of all kinds and ages bustled around, almost like a hospital. He was placed on one of the comfortable beds there, hidden away from the rest of the mer until someone more professional would come to heal his wounds as best as merfolk were able.
In of mer and men [Sheith Merman!AU] → 2 yrs ago Forum: Free Roleplay
Matt could see it. Enemy after enemy, he watched as the familiar merman fought with every ounce of his might. They were all strong, too strong, but Shiro was stronger. But even that had limits. He shouldn't have expected the merman to fight like a powerful, unbeatable king, but apparently all of the quivering merfolk behind him considered him to be just that. Matt was sick of it; he could only imagine the kind of responsibility he was willing to take to protect himself and everyone, but nobody was around to help. He had to take up that burden all by himself, and Matt couldn't bear to just watch in silence.

He was slowing down, and his gills were straining to support his breathing. He was going to soon collapse and it'd be a signified loss, and the merman didn't want to think about the consequences of Shiro losing. So, with the jeers and cries of the crowd turning into forced white noise, the younger merman placed himself in a focused mindset and tried to make a decision. Shiro either gets disqualified - if that even was a thing as Zarkon sometimes sadistically joked about it - or Matt takes the situation into his own hands. The other merman did this for him before; spared him the pain and fear and burdened himself with it. The golden-eyed merman always wished he could be this brave.

But he didn't need to wish anymore. Now he could act.

He swam forward, immediately hearing the gasp of a concerned mermaid who no doubt would try to convince him against moving into the arena, but he did. It was by his own decision, and Zarkon wouldn't care as long as someone fought and got hurt. He knew he wouldn't be able to just hide behind a dodge or by protecting his face from fists, claws and teeth. He had to get his hands dirty, and he also needed to focus. Be careful. Try to limit his injuries even with such strong opponents, and instead inflict pain. He wasn't ready, wasn't powerful, but he knew he had to try. Walk out of it alive.

"Hey!" His voice uncharacteristically boomed through the arena amidst his adrenaline, the jeers suddenly quieting in confusion which turned into anticipation. They seemed to remember him from last time, scowling at him and mocking him for his immense fear. He looked at all of them before he approached the arena, filled with dread, and stood between Shiro and his opponent, who looked scaly and deformed to no end, but still had something akin to human expressions on his face. "Can you hear them? Mock me and belittle me for simply fearing for my life? I'm not having that anymore! Enough of all of you. I'm going to prove you wrong!" He yelled, turning firmly to face Shiro.

"Including you!"
But his thoughts said something else.
I'm sorry.

He sent him the message before he harshly slammed him in the chest with his tail, dropping him out of the arena. He hoped he'd be taken away with the state he was in, far away. Then he turned to the opponent in question, straightening up.

"This is my fight, so you fight me. Let's do this."
In What Are You Listening To? → 2 yrs ago Forum: Off-Topic Discussion
when the party's over - Billie Eilish
Unreleased (2018)