STATUS: On Episode 6 of Kuuga. Yusuke is slowly gaining form changes. I wonder if they looked towards Black RX for inspiration. In the Showa era riders changing form was an outlier, ala Kamen Rider Stronger. 2 mos ago 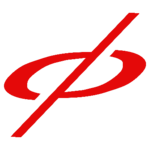 2 mos ago
Current On Episode 6 of Kuuga. Yusuke is slowly gaining form changes. I wonder if they looked towards Black RX for inspiration. In the Showa era riders changing form was an outlier, ala Kamen Rider Stronger.
1 like

~Welcome~
Everything you need to know about myself will be located below the cut.
Age: 22
Gender: Male
Religion: Atheist
Politics: Libertarian
Roleplay Info:
I prefer Fandom roleplay because I like telling an original story in a setting I'm familiar with. If you want to know which Fandoms, ask. Yes, I can do smut.
~Freedom over Tyranny, Principle over Politicking, Reality over Idealism~

﻿"Well met, Galuf. I hope our travels will be prosperous." Kain said to Galuf, nodding in approval. "Palamecia, yet another name I don't recognize. This is Mist Cave. If you come from a land foreign enough to someone as well-traveled such as I, It's possible this results from magic." Kain explained to Firion.

"I suspect this happened for a purpose. Three strangers find themselves in a cave, dazed and confused, and two of them claim to come from places they don't recognize. Don't you think is too convenient? I do." Kain said, speculating.

"Look, I'm sure you're shaken, and you've likely separated from those important to you. And we've just met each other. Regardless, I know this cave and this land better than you do." Kain pointed out. "It'd be best we cooperate for now. Come, let us stop standing around and make haste - I will lead the way." Kain said, and started walking.

Jegran didn't recognize this place, but he didn't care at all. All he cared about was finding a Warrior of Cosmos to crush, especially that Crystal Bearer boy. "Where are you, you little whelp?" Jegran growled in a low tone, not wanting to catch anyone's attention by shouting. He wanted blood, be he also preferred to keep the tactical advantage, if he could help it.

Jegran noted the ruined architecture; was there some sort of battle or siege here? if only Jegran had been there himself.

Suddenly, a hologram of Cosmos appeared before all the Warriors of Cosmos. "Warriors of the Light..I am the Goddess of harmony, Cosmos. You may find yourselves in places you do not recognize, or places in your world that you weren't at before, this is NOT intentional." Cosmos explained.

"I had hoped to bring you all before me, but it appears your enemies have sabotaged this somehow. You will be attacked by those calling themselves "Warriors of Chaos", Chaos is my mortal enemy and the God of Chaos. In our personal war, Warriors of Cosmos and the Warriors of Chaos must fight." Cosmos explained.

"You have been summoned because you represent the virtues I would need in a Warrior. You must find the crystals which hold some of my power, and when you all do, you will have a chance at finding and defeating Chaos. Be careful my warriors, as your foes are mighty and will do whatever it takes to destroy you." Cosmos said with worry in her voice.

"And that's all I know. Please, do not let evil prosper. Your worlds hang in the balance, my heroes." Cosmos then disappeared.
In Dissidia Dreams: A Final Fantasy Adventure (Gohan, Raddum, Shoryu Magami) → 3 yrs ago Forum: 1x1 Roleplay
Okay, I'm posting. Also, I think it's time we retire the flashback as it's worn out it's welcome. So I'm going to put Jegran in a location of my choosing.