Dogs of the Faithful

Irredeemable Longing To Be A Robot

Irredeemable
Longing To Be A Robot

'Course, it ain't a state right now. Tooele and Provo were founded 6 years ago, and the desert is parting way to the slow settlement by the Mormons. Missionaries are heading out to fields as far as Vegas, Elk Mountain and more, with the hopes of turning the mountain people into followers of the Almighty. Whilst all this is happening, the Dogs have arrived once more, patchwork cloaks and widebrimmed hats hiding weary eyes and nervous trigger fingers. For the dogs are not your average band of missionaries, no. They are the Hounds of God, and they haven't been leashed.

Three horses clopped gently along the hard packed road. Joseph White reached up and pulled his hat off of his head, brushing it off carefully. His ass was sore from riding for four days, they had run out of water the day before, and part of his cloak was beginning to fray. Luckily, they were in sight now of a friendly township, the three Dogs stopping perhaps half a mile away from it. There was a crack as one of the riders drew a pistol, a shot fired up into the air as greeting. After waiting for thirty seconds, the group continued on their way, the rider who had fired carefully reloading her weapon. "Mary, you remember what this town's called?" The third Dog turned to the one who had fired, who simply shook her head.

"I do believe it's named Little Canyon. 'Parrently some mountain folk used to live 'round these parts before these folk arrived here." Joseph turned and replied, before pulling back on his horse. "Woah, steady there. We've got a rider." In front of them, just as he had said, there was a faint black speck, riding towards them at a not-insignificant pace. "Meet him halfway?"

"Way he's ridin', I don't think we can make it halfway before he reaches us."

"Might as well make it close enough then." With that, there was a series of little nods, and the group set off, 'hiyah'ing their mounts. Despite the travels they had already made, there was no complaining over injuries. It was simply part of the job. The closer the two parties came, the more they realised the rider was perhaps younger than they had expected. When the two finally met, he gave a little shout, tipping his hat at the group. "Oh thank the Lord. Dogs! Pa said you'd be coming here soon- and good job too-"

Joseph held his hand up. "Fella, we've been riding for four days, and we haven't had a drink for a while. 'Course we'll help out you and your pa, but for now, a glass of root beer and a moment off the saddle would be much 'ppreciated." The other rider, a young man of perhaps fifteen, nodded. "My apologies. Welcome to Little Rock... Oh, and can you read me a Psalm? Preacher's the one that's been having the issues here.."

"No problem." Mary smiled a little, retreiving a pocket bible from within her cloak. "Romans, 12:17 Repay no one evil for evil, but give thought to do what is honorable in the sight of all. If possible, so far as it depends on you, live peaceably with all. Beloved, never avenge yourselves, but leave it to the wrath of God, for it is written, “Vengeance is mine, I will repay, says the Lord.” To the contrary, “if your enemy is hungry, feed him; if he is thirsty, give him something to drink; for by so doing you will heap burning coals on his head.” Do not be overcome by evil, but overcome evil with good.""

So, if you sat through all of that, congratulations! You're probably somewhat curious about this little RP. Essentially, this is an RP loosely based off of the tabletop game Dogs in the Vineyard, in that it takes place in the same setting, using the same ideas. It is a not-quite-accurate story of the Dogs- Mormons who have eschewed life on the homestead for one on the range, riding from settlement to settlement in order to heal the sick, preach the word of God... And root out witches and show them a taste of the Old Testament. YOU DO NOT NEED TO BELIEVE IN THE CHURCH OF THE LATTER DAY SAINTS, CHRISTIANITY, OR ANY RELIGION TO TAKE PART IN THIS RP. All you really need is the Wikipedia page on Mormonism.

This will be a High-Casual RP. I expect people to have good spelling, grammar and punctuation, but I don't mind one-or-two-paragraph posts just to keep things ticking along. 18+ For the fact that we will end up in gunfights, and we aren't using neat guns here- Pre-Civil War guns like the Colt Dragoon were loud, noisy, and stuck something full of nasty, gaping holes. Plus, there will be occult influences.

The RP will be an investigative action one. Essentially, we will be riding from town to town, healing the sick, giving a few sermons if needed, but more importantly, rooting out disbelief and worse. Anyone interested?
Hidden 4 yrs ago Post by Emma
Raw —

1534 posts
in 2716 days
Seen 2 mos ago
I am actually LDS. This is interesting and a tad strange to see on this site. lol
Hidden 4 yrs ago Post by Irredeemable
Raw —
OP

Irredeemable Longing To Be A Robot

Irredeemable
Longing To Be A Robot

Well, as I said, I'm not LDS or even Christian, but if you want to do Wild West Inquisitors, Salt Lake is your best bet.
Hidden 4 yrs ago Post by Zed
Raw — 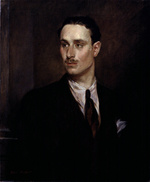 214 posts
in 2715 days
Seen 2 yrs ago
Tentatively interested.
Anything inspired by Vincent D. Baker's work is something worth looking at.
↑ Top
© 2007-2017
BBCode Cheatsheet