Please, come take a look at my characters and feel free to private message me should a particular character be a suitable partner to your own.
Hidden 2 yrs ago Post by My Own Hero
Raw —
OP 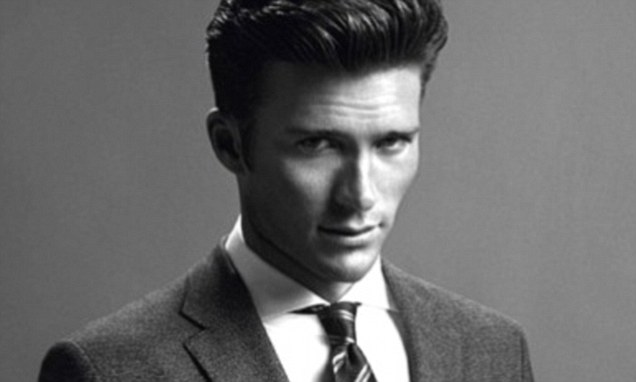 The second child and only son to the late Earl Herbert Arthur Kingsley and his wife, Lady Janet. Since the death of his father, almost nine months ago, Robert has become the new and the second ever youngest Earl of the Kingsley estate and fortune. After several unsuccessful relationships, he is yet to marry, much to the dismay of his dear, incessant mother.

The epitome of class, style and handsomeness. Robert is regularly sought after by many of the women and, sometimes the men, within each of the social circle's. He can, however, be often considered arrogant, vein and a little selfish. Despite this, Robert is very loyal, especially towards his family and those that are close to him. He is rather protective of his older sister, Rosemary, and her sons, allowing them to reside at Hockingham Hall following the breakdown of her marriage to Victor Van Der Beldt. Yes, it is fair to say he is very devoted to his family's well-being.

The Kingsley's, an aristocratic and super-wealthy family, have resided in the small rural county of Somerset, England for almost two centuries. Considered a part of the so called 'elite class' of the social hierarchy, they are held in the highest of regards by those who know them or know of them. They have held the rights to the Hockingham Hall estate for one hundred and eighty two years and there are many well known members of the family.
Hidden 2 yrs ago → 2 yrs ago Post by My Own Hero
Raw —
OP

Often accused of having a cavalier attitude towards life, Smith will stop at nothing to achieve his goal. Destruction and chaos is usually not so far away where Smith is concerned. This, however, does not mean he is always a dick. He can be civil when dealing with rival treasure hunters and will negotiate a calm outcome if need be.

At the age of five, Smith, his elder brother Richard and younger sister Edith, were placed in to the care of their maternal grandparents following the death of their mother and the arrest of their father. Their father, Mortimer and their mother, Cora were also treasure hunters. Jerry and his siblings favorite story was the one how their parents met. Apparently it was while they were both in India, he searching for a long lost heir loom and she was country hopping with a friend. Anyways, they ended up being chased by a gang of Indian mercenaries, who happened to be charging at them upon a herd of elephants. Their escape grew more exaggerated every time they relived the story.

They soon married and before long Cora inevitably fell pregnant, forcing her to abandon anymore trips and adventures. Mortimer found it a little more difficult to stay home, however. When Jerry's mother, Cora, suddenly passed away, this hit Mortimer hard, meaning he would become drunk more and more frequently. He continued to explore the world for more ancient artifacts, but of course he continued to drink along the way, often getting in to trouble with authorities. The last they had heard of him was that he was in a cell in Nepal.

Jerry quickly became fascinated with the whole idea of the life of an adventurer. Apart from the bit were you get arrested, of course. He would read books, the journals of his parents that had been stashed in the attic of his grandparents house. There were boxes of different items of which they had found and he would study them and play with them for hours. These were eventually sold. With the fortune's made from the artifacts, Jerry lived a relatively privileged upbringing. He, Richard and Edith attended the best schools.

Once he left school, all he wanted to do was to explore the world. It wasn't, however, until two years later, when he had turned eighteen that he had the chance to do so. After being hired by a black market relic collector, he finally had the means to fulfill his dream. Things, however, quickly became a nightmare as Jerry was relentlessly pursued by pirates and other hunters. Yet, after several months of potential life endangering challenges he was able to bring home the relic, only to be massively underpaid by the collector. Jerry wasn't too bothered about this and he couldn't wait to start on another adventure.

Since then, Jerry has somewhat garnered himself a reputation within the world of treasure hunting, often irking fellow hunters, mercenaries and pirates along the way.