Sirens and Beasts, Oh My! 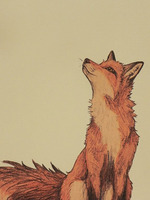 303 posts
in 2106 days
Seen 2 mos ago
In the beginning, there were humans and something… more.

The Hallowed: Ephale, a sentient, one-horned horse.
The Exultated: Nephilim, those who fell from above and came from below.
The Reviled: Shaefts, shifters that invaded the human world and lived peacefully.

Humans now occupy the vast majority of Avalch, pushing such fantastical creatures to places that originally were never intended for life. The most remote places on Avalch are rumored to have the most sacred creatures, though these things had adapted to fit their new surroundings.

Many royals and nobility of Avalch find sport in hunting such things. Scores of men and women alike attempted to eradicate the ‘scourges’ that plagued the earth, even though their desecration was due to Man’s greed and expansion. Though, while Man hunted, they still took risks. Many who embarked on such missions did not reappear, most more harrowed and quiet after they had returned to their castles and lands.

For they were not the only things hunting.

The Thaessf’s Queen, Nemast, has ruled for centuries. Now heading the last remaining colony, she attempts to prepare her daughters for the throne.

There had not been one among the Thaessf that had managed to pluck twenty hearts from the chests of men. So, Nemast agreed that the first to twenty would win.

But Lirisse, ever seeking a challenge, told Nemast she wanted to earn her place on the throne with a final contest. She would pick the most powerful prince in the kingdoms of Avalch and seek him out.

Nemaste insisted to do so as a shifter, powers that had long ago become void, but all possessed. It would give Luntë enough time to collect two hearts while her youngest went on a foolhardy quest.


Alright, guys, I'm looking for someone preferably above 21+ interested in playing the prince. Hopefully I've got your attention with the plot above. It isn't completely fleshed out, but I do know the end point. I'm looking for a special person to play this out with (3 - 5 paragraphs per reply, aka 350 - 1000 words per reply / preferably over GDocs / won't shy away from mature themes / writes well), so if you could send me a writing sample, that'd be great! So send me a PM and maybe we can get something going!
↑ Top
© 2007-2017
BBCode Cheatsheet