Looking for a partner after returning from haitus.

I've come back after a long haitus and hoping to get back into writing. I'm starting with this one idea below currently as I've been craving doing this lately. Its a well thought out idea on my part, I know but please don't be intimidated and feel free to add your own take and ideas. I'm looking for someone to play the hitman!

I consider myself to be an advanced writer and love plotting and talking ooc. I do have a full time job, and my own business but I can reply at least once a day sometimes more depending.

For this idea im looking for a gritty RP in the criminal underworld filled with romance and action. But we can talk more if interested so let me know. I'm not looking for anything smutty just to put that out there lol. So if you have read this far enjoy the plot and PM me if interested. I prefer to roleplay over PMs also as thats easier for me!

He's a hitman.
She's a girl with no connection or awareness to that world.
He's involved with taking out the bad guys.
Her father is involved with kidnapping people.
Can they ever work?

Richard Anderson, the CEO of MediTech, a company that is trying to advance medicine through technological means - often walks the thin line between ethics and morals. He's in the press for more bad than good. His latest bid to start human trials to try and unlock more of the brain's hidden capacity has been denied. It's dominated business headlines for months now. But then again, the Anderson family knows how to dominate the headlines. When he can't get human trials approved, he decides to go underground and sets up a secret test facility to get what he wants done. He's rich. He has criminal connections. He's not a man to be messed with.

Jessica Anderson dominates the fashion headlines as a former model with her vanity and narcissism. A woman that's known for caring more about her looks and her image than other issues. She's a force to be reckoned with and you don't want to mess with her.

And then there is their nineteen year old daughter who tries everything to stay out of the headlines but ends up in them by avoidance. She's nothing like her parents and has a tense relationship with both of them because her passion lies elsewhere. Her passion lies in art. She's at odds with her father for not being a male that can take over the business, and she's at odds with her mother for not becoming a model, but she's determined to carve her own path.

Her father has other plans though, planning to have her marry his CFO to keep a dark secret within the company and the family. While her father has connections with some very shady people, and her mother is pretty much a materialistic airhead, Ryleigh had dreams and goals, knowing nothing about the dark family secrets that were threatening to be revealed.

And while Ryleigh is quite the introvert, focused on her career rather than a social life and seeing the good in things and giving her trust before seeing the bad...

... he sees the bad in people before the good.

All his life he has been brought up with one goal in mind. That he is to join his father's business as a hired hitman. Hidden under the illusion of a law firm, since he was fifteen he's been fully aware of the evil in the world; been a friend with death, had no kind of illusion or naivety about the world. Innocence gone. Even now in his twenties, he's one of the best.

To keep the illusion he goes to school only to keep the image of becoming a lawyer at his father's firm. It's a clever guise. And he's not thought of anything else - of any other future, of a girlfriend or a wife, of kids... had no reason too - until he meets Ryleigh. At first he doesn't believe someone could be so good, innocent and naive. Then he's curious, maybe even a little captivated by how refreshing she actually is by just been different. She's not like every other girl that comes from money. Next thing he knows they're involved...

... So what happens when he finds out that her parents and her are on a hit list for her father's dealings. Can he be a part of it, stop it or warn them? And when Ryleigh's views of right and wrong are so black and white, can she ever know his true profession? Could he give it up for her or could he forever keep it secret from her should they be more? Or is it best to give her up before she gets hurt?
Hidden 3 mos ago Post by headintheclouds
Raw — 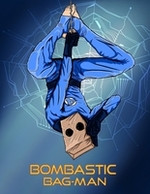