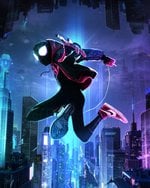 2 yrs ago
Don't leave me, baby! Middle of winter, I'm freezin' baby! - It's cold, and Gucci Mane lyrics work for most any context when slightly edited.

Discord was in the air and soon it manifested. Always. Atua had bent and shifted her way through a crack in one of the walls and found herself in areas grey and colorless. Had she been human, it would be pitch. Grifters and double crossers had made their way into the dark alley, and she heard the lilt of several voices somewhere ahead, but she made no immediate rush to move toward. Heat, shrills, and swords came from behind her a few moments later and she was sure of her decision.

But there were too many eyes, and the cacophony made proved disorienting; this was no forest, but it was small and quiet--good enough. With winding paths and yet unobtrusive gallants slithering about, she put speed in her walk until it became a sprint. Where there was hindrance--a merchant’s pesky cart or gaggles seeking trouble, she leapt over or avoided completely, altering her route on instinct. She did her best to muffle her footsteps while she went, and used the advantages of her race and rearing to navigate the bends of the alley. Barring contestants, she came out the other end near the southwest of ruins where three others gathered, she did not disturb them.

Instead, she kept up her pace, moving swift across muck until she saw a building. A temple. Yes, Imare blesses her here! It was dilapidated but these were ruins; nature always took back what was stolen from her. She looked left, right, even behind her. She was alone here, it seemed, but hardly in a rush. It was her blaise which almost got her an arrow to the head. She knew the knock of an arrow when she heard it and ducked as it whizzed by.

No, no, no! Not now! She took up behind a crumpled pillar and she heard another arrow rip overhead. Her heart raced, hands nearly trembling, her concentration frayed. Focus! She pulled the large bow from her back and from her quiver came an arrow. She prepped it and got into a crouch. It was too hard to center here, too much fighting, too much noise. Run, run now! You must live to complete your Trial! She let her arrow fly blind and the moment she had a breath’s reprieve, she ran into the temple.

Sun glazed over the width of a head tilted sideways and resting on a coalition of sticks, a head whose hazel orbs were trapped behind closed lids. Many days ago when the skies rang with light--the guiding light of Imare, she was sure--the Bright One of the I'wali set off, the stars and rise of the sun and its position her sole aid. She'd stayed away from the main roads to avoid the trife of banditry and peddlers. In the green, she kept good time and was able to better cover her tracks with every mile made.

It had been close to a week before she arrived at the Forgotten Ruins. After she had, she'd made no provisions for herself except sleep. Sleep clipped by the gathering and bartering as people began to wake and exorcise themselves from makeshift encampments. There was smoke and steam all too familiar: bread, soup, ale. It all invaded her senses and she shot up. Everything was so distinct that it was unintelligible. Many feet shuffled, but then there was a change, a clicking. It sounded like hooves. A beast was a companion, indeed; hopefully the owner was of good temperament. Atua was sure she would find out soon enough. It was but a moment before once more the voices and stenches and merriment coalesced.

All interest pointed toward the ruined city, and what time was there to waste? There would be less raucous once inside; she made pace and observed one of several gates obstructing entrance. Such constraint always made her suspicious, far as she could tell there were no guards, either. Hmmmmm! She slung the quiver around her back and tightened the grip on her bow. She bowed her head and supplicated,

Then she stood staring at one of the cracks in the ruined walls. Could she fit? She angled herself in the best way she thought would allow her to pass through one of the larger partitions in the wall and tried to slither her way through.
© 2007-2017
BBCode Cheatsheet