STATUS: @HereComesTheSnow Takes it favorite toy and bite it in the ear to show you dominance over the dog. 2 yrs ago 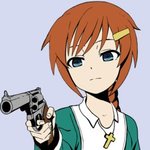 2 yrs ago
Current @HereComesTheSnow Takes it favorite toy and bite it in the ear to show you dominance over the dog.
2 yrs ago
Well, typical really, shenmue 3 backers got their pants pulled over them by Deep Silver and Epic.... Epic just needs to die for their shitty exclusives.
2 yrs ago
Deleted the old Satus: EVIL GENIUS 2 YES, ALL THAT IS HOLY, YES!
1 like
2 yrs ago
Art, you're witnessing Art.
1 like
2 yrs ago
And here I was imagining some bear snorting a lot of coke, but you meant the other coke.
1 like

In Asebi's 1x1 corner (M seeking F) (18+) → 2 yrs ago Forum: 1x1 Interest Checks
The FitnessGram Pacer Test is a multistage aerobic capacity test that progressively gets more difficult as it continues. The 20 meter pacer test will begin in 30 seconds. Line up at the start. The running speed starts slowly but gets faster each minute after you hear this signal bodeboop. A sing lap should be completed every time you hear this sound. ding Remember to run in a straight line and run as long as possible. The second time you fail to complete a lap before the sound, your test is over. The test will begin on the word start. On your mark. Get ready!… Start. ding﻿

Well met stranger! The names Asebi, I've spent the last twenty-three years on this blue ball we call earth, I'm looking for some long-term partners to have an enjoyable time roleplaying with. I can and will post at least once a day with at least the same length of the post you provide me with, I might post more than once a day if the plot or idea excites and motivates me enough to do such. Below you'll find the pairing/genres list I'm interested in playing with, but if the idea is good enough I might play with something not listed. To end it off I like to ask if you could only PM me with your ideas and the like, as I won't be responding to any replies on this thread.

These lists may expand or shrink as time goes on.

- = Always up for.
* = Ranges from one to five, one being the least and five being the most, of what I like to do.

This is basically just for those that want a smut based roleplay, to stretch that itch.

That's it! If there's something you like to suggest that isn't listed, could be anything really, just shoot me a PM with the idea and we can figure out something.
© 2007-2017
BBCode Cheatsheet