Roughly two weeks passed since Ashelia left her Fortuna life behind. Despite planning months in advance, it would seem she severely underestimated the living costs for her stay in Metropolis. Not surprising, she practically lived rent free for as long as she could remember. Basic services were provided to her, and food was delivered on schedule with her work. One of the perks for serving under a prestigious family.

Those luxurious days were gone now, and she needed secure a steady income to at least keep her belly full. Hopefully, this new agent gig would suffice to solve her financial problems. If not, its back to playing on the streets for spare change until she could lock down a better way to make money. No way she's crawling back to Fortuna.

Ashelia kept to herself throughout the entire trip, trying to put her mind at ease by making up a lovely tune in her head. A wordless melody, to which she quietly hummed with her eyes closed. This could very well be the foundation of her new song, but what could it be about, she wondered. Before she could settle on a topic, her thoughts were interrupted by the intercom's announcement of their arrival.

Remaining seated as she watched others passed by, it reminded her that she knew nobody here. The previous bonds she forged were built on lies and deceit, which withered her attachments over time. She held selfsame concerns about her new superiors, would they also betray her trust?

She'd have to meet them in person to find out. Collecting her belongings, Ashelia rose from her seat and exited the terminal, making her way towards the tower. There wasn't much she carried on her, only a separate case that she kept her Anima in, and a duffle bag containing her spare clothes, among with minor necessities to keep her occupied during downtime.

The security checkpoint wasn't much of a hassle, only things she really kept in her pockets were her keys and wallet. One of the guards remarked how Ashelia didn't carry any electronics on her. She casually brushed it off with a shrug and stated that she couldn't afford one. In reality, all of her electronics were left behind in Fortuna, fearing they may have been tampered with.

After she was cleared to leave, her next stop is reception.

The receptionist gave her specific instructions on how to proceed, noticing she may be one of the last arrivals. Not exactly a good first impression, but at least she wasn't late. Ashelia thanked the receptionist for the guidance and made her way towards the elevator. First day on the job anxiety started to make her skin crawl, literally, but she managed to stay composed enough for it to remain unnoticeable.

'I wonder...if anyone else here is a fogborn as well?'

She stepped out of the elevator with those parting thoughts and reached the meeting area where all the new agents gathered.
In Delta End → 9 days ago Forum: Casual Roleplay 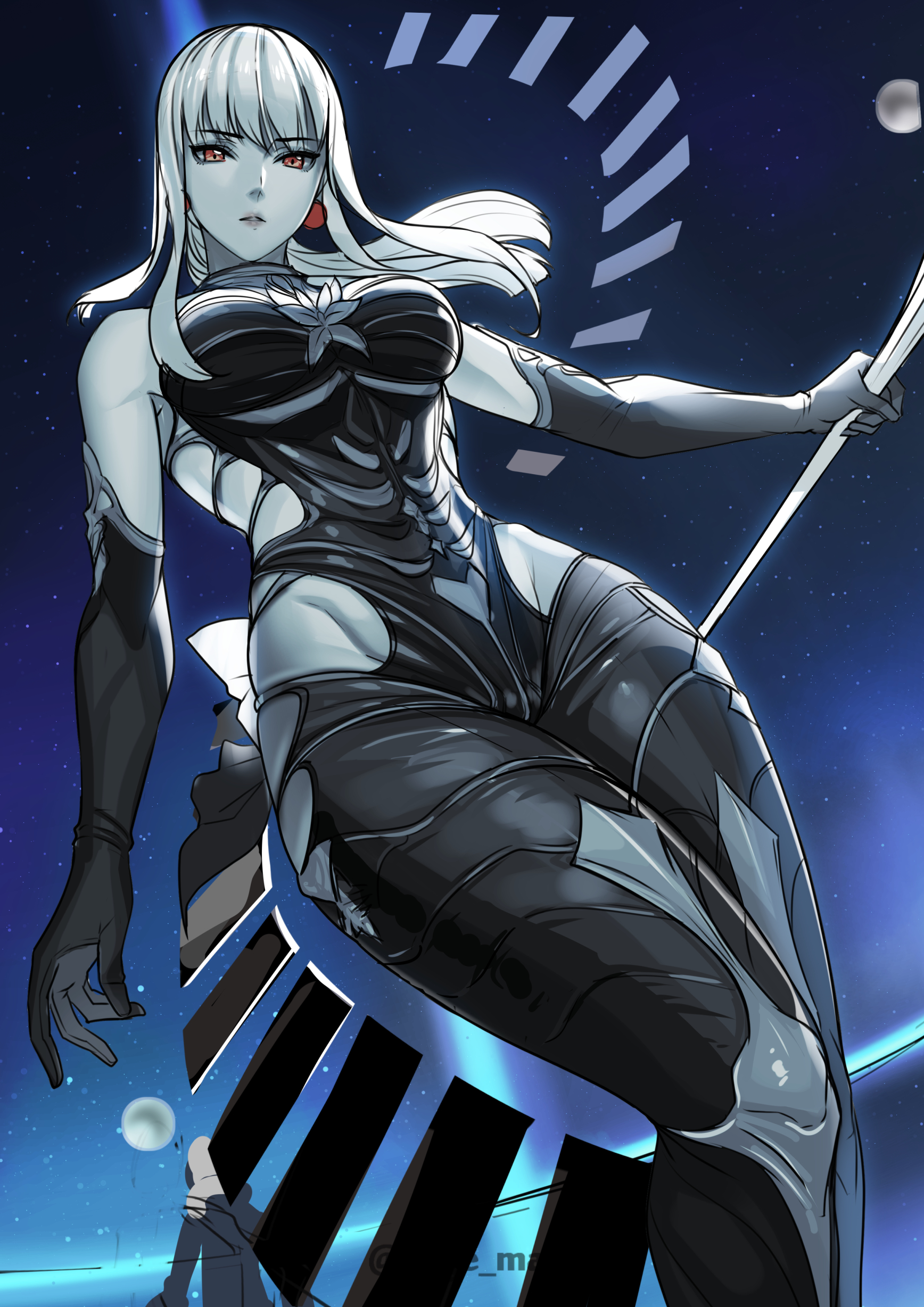 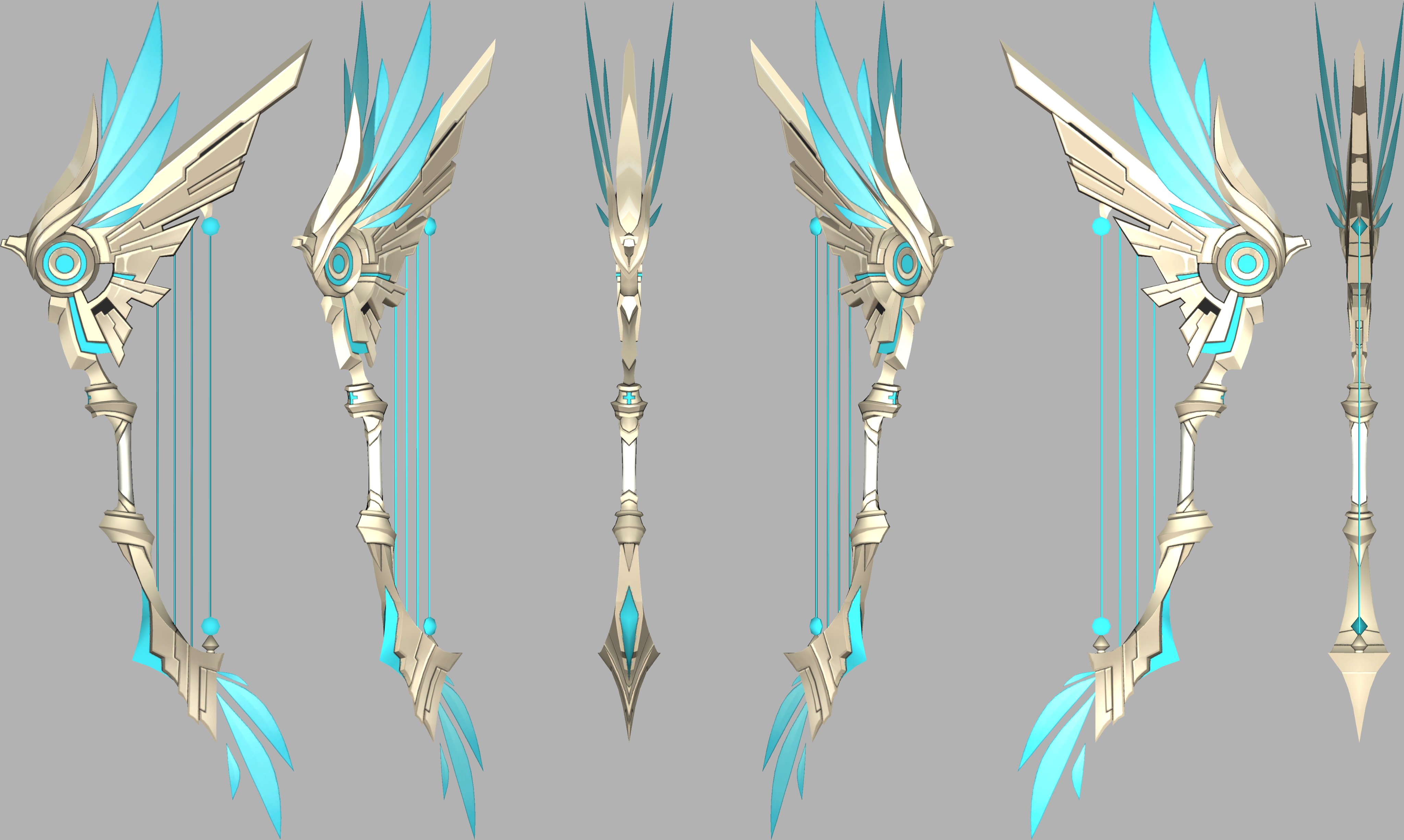 Ashe's Anima takes form of a multi-stringed shortbow, which also acts as a harp. The weapon itself is capable of firing multiple projectiles at once, but suffers from poor accuracy due to instrumental design, with each string possessing a different effective range. When the strings are plucked in a specific order, the melodic arrangement resonates with the soul residing within, and manifests a wave of musical notes under Ashe's control. Restoring objects or organisms within its field range.

There are certain limitations to her ability, that not even Ashe herself is aware of.

One, being a short time window for Ashe to restore a broken object back to its original state. After that time limit has passed, the broken state of the object will be considered the norm. The new 'constant structure', and unfortunately cannot be repaired to its former glory, no matter how hard she plays.

The same rule applies to organisms. Old scars, illness, the deceased, anything of the sort cannot be manipulated by her Anima. So long as any living being hasn't kicked the bucket, Ashe will be able to heal their wounds through the power of friendship music.

It is not necessary for Ashe to continuously play her harp, although, it would naturally hasten the mending process. Her Anima remains active for about a minute, dissipating on its own accord or until Ashe plays the same opening chords that she used to activate it, but in reverse order.

This allows her to be versatile on the field, choosing between mobility via combat healing or a potent stationary mender.

Other than sound, the notes she manifests could potentially give away her position to an observant eye. They remain relative to her, and cannot reach beyond her maximum shooting range. Another bane to her existence would be the notes themselves being colorfully luminescent. With each extensive chord she plays adding to its visual intensity.


Ashe is a curious individual, always open to try out new things, even if its not the best idea. Whenever she takes a deep interest in something, its not uncommon for her to be audibly muttering her thought process while studying said object. After breaking away from a restrictive lifestyle, she started to value the importance of freedom, especially her own.


After years of serving a prominent family in Fortuna, entertaining guests with her musical talents, Ashe grew frustrated with the recycled content she was forced to play for the sake of business. Ashe developed a strong desire to seek inspiration, stories that have never been heard of, and translate their moments into music. One night, shortly before she was scheduled to make an appearance, Ashe left Fortuna without giving notice.

She planned her stage exit months in advance, by tapping into the dormant side of herself that she kept buried for so long. A fogborn, and a shapeshifter type at that. Born with light blue skin, it was no secret that she stood out among a crowd. Perhaps, that is part of the reason why she was such an 'attraction' in the first place.

None of it mattered, however, she wanted to break free. Travel the world, find that piece she is yearning for. The opportunity was presented to her when a peculiar black orb appeared in her new living quarters.


When it comes to her family history, Ashe, at least on her mother's side, possesses an otherworldly origin.

In the vast emptiness of space, there exists a rare alien race called the Ypsilon. A shape shifting species that narrowly escaped total annihilation from their apocalyptic home world. Those who managed to survive were scattered throughout the universe in attempt to seek a new habitable planet. Hundreds of years passed before one escape ship managed to crash land to what is known as the Outskirts.

Due to the proximity of the fog and the lawless landscape of which they roamed, majority of the survivors did not last long. Their abnormal appearance and inability to speak the local language, caused them to be branded as fogborn creatures. Through every contact, each sacrifice, they learned more about the curious world they landed on.

While the remaining survivors agreed to isolate themselves for the time being, Ashe's mother made a bold attempt to live among the natives. Her shapeshifting talents were widely regarded as one of the best among the crew, allowing her to conduct solo ventures and collect information for the sake of their survival. During one of those ventures, she met someone who ended up to become Ashe's father.