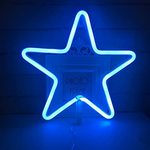 In Percy Jackson RP → 8 days ago Forum: Advanced Roleplay
Dark skies filled with blackened clouds exchanging lightning to each other, over a massive valley. People on their knees bowing down to someone standing on the top of a mountain in front of everyone. Fire erupts from the ground every so often. A blood curdling scream can be heard from the base of the mountain as the figure chuckles.
The figure holds their hand up into the air as a ball of water, fire and lightning form. With one swift motion of their wrist the ball hurdles to the crowd.

A flash of light and a bang later, Dimitri wakes up in a cold sweat on the couch. “Hey bro, you okay?” Thalia asks. “Yeah, I’m good, some sorta nightmare I think.” Dimitri replied. “Well get ready, were doing around of capture the flag with Annabeth and Percy before dinner.”

Dimitri gets off the couch and stretches before getting himself ready for the game.
In Percy Jackson RP → 8 days ago Forum: Advanced Roleplay
Character Sheet - Dimitri

Description of Powers based on your parent god:
ADHD which helps in his fighting abilities, dyslexia but that’s because his brain is hard-wired to read Ancient Greek, Electricity manipulation, some control over the air and sky like his sister Thalia.

Shorty summary of their lives up until now:
For his whole life he lived with his mother until he was about 15. He was protected by his Satyr Grover who had to act quickly during a Dimitri’s first fight with a monster, the Hydra. After the fight his mother Alexis agreed to send him the the camp where she knew he would be safe. He always checks in with his mother to make sure that she is doing alright and visits when he can. However he usually stays at camp because he knows its safer for both him and his mother rather than going home.
In Percy Jackson RP → 8 days ago Forum: Advanced Roleplay
Character Sheet

Description of Powers based on your parent god:

Shorty summary of their lives up until now:
In Percy Jackson RP → 8 days ago Forum: Advanced Roleplay
Rules/Description of RP:

Rule 1: Only control your character. Ask permission if you would like to use someone else’s character.
Rule 2: Have fun! Let your creative side run wild.
Rule 3: The Character sheet should be posted first before you can start role playing.

Description: We will be using a blend of book and movie. The characters will be used from the movie but everything will be taking place after the second book but before the end of the third book. So far we have found the Golden Fleece, Thalia (Daughter of Zues) has been brought back to life and the team has found the son and daughter of Hades (Nico and Bianca Di Angelo).
© 2007-2017
BBCode Cheatsheet