STATUS: It looks like nobody wants me back 2 yrs ago 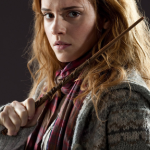 2 yrs ago
Current It looks like nobody wants me back
1 like
2 yrs ago
I think I am back
1 like
3 yrs ago
Looks down my shit, they look like boobs, so therefore I am female
2 likes

Welcome to my biography. Sine I do not want a biography were I tell so much about myself, that someone from the internet reads it and comes to my home: I will be general about my biography. I am a 30 year old female (born April 1990). I have a undergrad double major in Philosophy and Political Science from Michigan State University. Right now I live in Tennessee.

I am very opened minded with role playing. Still, I am more interested in female female role playing. Just more comfortable with other women. Not really interested in smut role playing: but I am not scare to role play this way. It is just that, role play sex is just a longer version of instant messaging cyber sex. So, I know sex happens, but I do not want it to be the driving force with the role play.

My goal of role play, is to find something that is dark, vice, the worst of humanity. But, something that is or could really happen. True, I am into science fiction, still, a science fiction that could happen hundreds of years from now. I do like horror as well. I am not into the horror movies of the 1980's were you start out with 10 women and 5 are dead, and you know the movie is half over. I want horror that could happen, not stupid horror to see fake blood in the movies.

I am interested with female on female conflict with each other.

There are a number of a cannons I love. But at this time I like to find a woman who is 18 or older to role play as identical twins. Please send me a pm