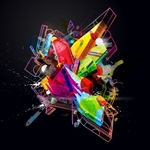 
Rules:
1. Only contact me if you are 18+
2. The content that I’m looking for is extreme mature.
3. 2-3 paragraphs minimum
4. I play primarily female characters in MXF and FXF pairings typically as that is what I’m most comfortable with currently.

Current Ideas
So I’m looking for a master/slave dynamic currently, how it gets to point can be varied. There could even be a harem element to it. It could also be a original universe or based in a fandom universe. But what I want is a RP where the master character either defeats or captures another character and reduces them to slavery. It will be pretty mature and full of smut. As for what the master or masters are or is, that can be left up to creativity. For example, a fantasy rp where the master/masters are goblins or some other type of fantasy creature. The character/s that are captured can also be quite varied be it a warrior, knight, royalty, civilian, pilot, etc. the setting can also be varied as I’m fine with modern, sci-fi, fantasy, fandom, etc.

As for fandoms that I wouldn’t mind doing, One Piece, Demon Slayer, Pokémon, Sailor Moon, League of Legends, Fairy Tail, and many others, if you have one yourself to suggest feel free to suggest it as I’m pretty open to things.

I do have one particular idea involving a sci-fi based rp invoking Alien life forms and space explorers. But there are many other ideas that could be used with this format and I’m open to hearing out any ideas.
© 2007-2017
BBCode Cheatsheet