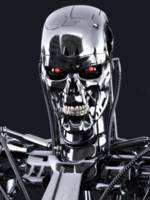 I'm interested. I just posted my Jared and I'll get to my others when I can, but Jared is the one I'll be using.

roleplayerguild.com/topics/172055-rav…
There's the link for Jared.
In Raven's Characters → 4 yrs ago Forum: Character Sheets
Name: Jared Linoge
Species: Golden Vampire
Likes/Dislikes: Likes-Battle, Making money, His weapons, his trench coat. Dislikes-Humans, elves, anthros, furries.
Personality: Jared has very little emotion, his cold and impersonal logic accounting for how he makes most of his decisions. This is due to his extremely long life and his sociopathic nature. While he can make friends, he is capable of leaving them with no word if they dare work against him.
Origin: Around 6 thousands years ago, a Uruku demon infected a young man. The priests of the day excorcised the demon, but it changed him in such a way that he became the first of a new species. The infection granted him the ability to shape himself as he saw fit, but gave him a weakness to silver and sunlight. While these weaknesses have lessened over the years, the ability to shape himself has grown. In the beginning, Jared drank the blood of humans to survive, but after spending time in Eden and Ayenee an alternitive was found that was far superior. Wilder Elf blood combined with a magical black glass bottle has been his substance for to date. Today, Jared runs a highly successful company called Viper Combat Systems Industries, which manufactures weapons and gear for countries around the world. They also provide intelligence and IT security for several firms.
Abilities: Molecular Control of Self. Essentialy, Jared can shapeshift in to anything. Metals, wood, gasous forms, comlex objects. The more complex the form, the longer it takes for him to form. There is an amount of pain to the process, but after all this time it hardly matters to him. However, the more complex the change, the more pain is involved.
Weapon Proficiencies: Any projectile weapon of modern era, any melee weapon, expert at Grav Maga, Karate, Judo, and Aikido. Favorite weapons: G36c, FN57, NRS Scouting Knife.
Appearance: Generally, Jared appears to be a man in his 40's with short grey hair with a ruggedly handsome face. (See pic) He keeps to a formal attire like suits, vests, and slacks unless he is to do battle. His battle uniform is the standard VCMC BDU with combat vest and holsters.
Other information: Jared is an expert at survival, genetic engineering, military tactics, business tactics, and can be very charismatic. While he generally shies away from people, he has become accustom to manipulating people from survival and business.
In Just looking for a good fight. → 4 yrs ago Forum: Arena Interest Checks
What you want is a good start. T1? Some other type of battle? What power level? I have several Mid and a Normal, so I could accommodate anything except a God tier fight. I'm good with any arena and just about any weapon. My only weak point is magic.
In Looking for a T1. → 4 yrs ago Forum: Arena Interest Checks
I'd like to knock the dust off my weapons. I'm looking for a Mid-powered fight. I'm open to anything that isn't God-powered, though my character is a shapeshifting vampire that uses guns. If you need details, PM me or reply. -shrugs- I just want to jump back in with a little battle.
In Just looking for a good fight. → 4 yrs ago Forum: Arena Interest Checks
I'm down to fight. I would prefer more details, though.
In grüße den Maschinengott! → 4 yrs ago Forum: Introduce Yourself
Thank you and dankeschön!
In grüße den Maschinengott! → 4 yrs ago Forum: Introduce Yourself
Salutations and hallucinations! My name is Frank and I have been roleplaying since '99. I started out in the Excite chat and soon found myself embroiled in the insanity that was Ayenee and Eden (Yahoo Chats.). While I was there I did a few things and learned the ins and outs of a lovely little fighting style called T1. I like that one. I have a few OC's, but I can reliably play anything in a Modern/Fantasy setting. A list of my OC's, if any of you care to know, are: Jared Linoge, type of vampire that leads a group and is the CEO of VCSI. Frank Monk, lead weapons/equipment designer for said VCSI. Vince Foster, a Gorean who was transported to Earth. Thomas Dexter, a mage from a world similar to Skyrim (swords, magic, and dragons.)
© 2007-2017
BBCode Cheatsheet