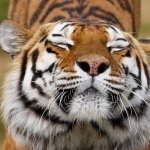 In Hello I'm Deia → 8 days ago Forum: Introduce Yourself
Thanks, everyone. I appreciate it.
In Middle Earth based → 11 days ago Forum: 1x1 Interest Checks
So I have this idea for a one on one.

I've named it 'Geeks vs Middle Earth'.
It basically comes down to us being zapped to Middle Earth, but with a twist.
We have to substitute for Gandalf who has gotten himself trapped in a Palantir. Aid the Dwarves of Erebor, slay the Dragon and try to minimize the loss of the Battle of the Five Armies.
We're dropped during the Hobbit timeline and with nothing but our wits & what we have been able to carry with us we have to do this.
We have to meet up with Thorin's company or risk getting killed by Wargs, Orcs, spiders and who knows what else.
We'll play our own characters and eventually the other's potential romance partners. Though I prefer a good build up before getting to that.

And above all we have to keep the story on its track...or risk the ending of Middle Earth.
In Royal Romance → 11 days ago Forum: 1x1 Interest Checks
Hi, still looking for a writing partner?

Care to do something along the lines of medieval/fantasy?
In Hello I'm Deia → 11 days ago Forum: Introduce Yourself
Hi everyone.

Finally have some more time on my hands to write again.
Considering I used to do this a while back (as in couple of years), so please don’t hesitate to point me in the right direction or point out any mistakes I might make. I am sure some things have changed over time
I'm mainly looking for fantasy, but I find that when a story interests me I quickly become intrigued and happily do some other genre.

Maybe a little bit about myself. I’m 34 years old and from The Netherlands.
I work as a nurse’s aide in a nursing home for the elderly in my hometown and used to read and write stories in English when I was younger for fun.
I also have two cats who continue to watch over the creative process.
Hopefully I’ll be able to write with some if not many of you soon.
© 2007-2017
BBCode Cheatsheet